China is building a giant solar power plant in space

The Chinese Academy of Space Technology is working on a revolutionary solar plant.

But to take advantage of the energy our sun has to offer, China will go to space and try and construct a massive solar power plant that will help the Asian country harness solar energy in space, and then beam it back to Earth.

Building a massive solar power plant in space has a number of advantages and has very few limitations.

Solar power plants built on Earth’s surface depend on weather conditions such as clouds which can hamper the ability to harness energy.

In space, however, such limitations are overcome, and China could gather nearly limitless energy from the sun. 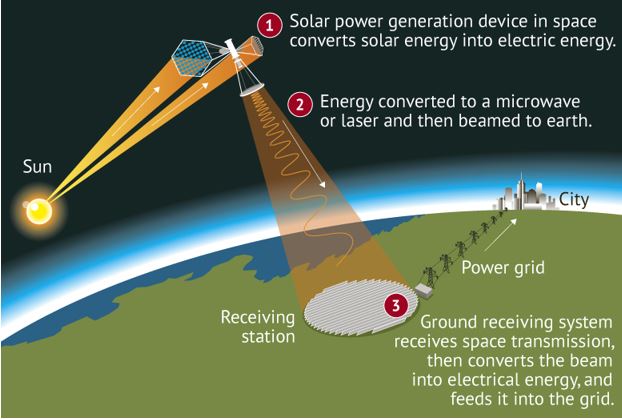 The plan of the Chinese authorities is to launch a test station before 2025, in an attempt to promote clean and renewable energy. But not only that, with this new mission China will be asserting its place among global leaders in space.

As noted by the Sydney Morning Herald, the China Academy of Space Technology vice-president Li Ming was quoted as saying China is expected to become the first country to build a space solar power station with practical value.

But not everything is as easy as it sounds.

While there are numerous advantages from building a massive floating solar power plant in space, the main issue is to figure out how to transfer 100 percent of that energy down back to Earth.

But Chinese experts are already figuring out that part and have a few ideas in place.

As reported by the Sydney Morning Herald, the plan is to see solar arrays in space capture energy from the sun and then beam it down to Earth onto a specially designed facility, in the form of a microwave or laser.

Once the solar energy reaches Earth, it could be used just as if it had been generated on Earth and not in space.

So, by 2025, Chinese scientists will test out their prototype test station and see whether everything they had imagined will work out according to plan.

And if all goes well and the energy transmitting beam (microwave or laser) works out as it is supposed to, experts from the Chinese Academy of Space Technology could build and launch a much bigger and powerful facility by 2050.

If everything does work out as planned, and the Chinese figure out how to send clean energy from space to Earth, the orbiting power station could also help in the exploration of our solar system, as it could also be used to send energy farther into space.

If we have spaceships flying away from Earth, exploring the cosmos, they could make use of such power station to send them energy, if of course, the energy beam is precise enough.

All of the above is seeing this technology in development as benevolent science.

Such a massive power station orbiting Earth could also be developed into something dangerous, as such a technology could easily be weaponized, and used to target objectives on the surface of the planet.

Let’s hope that for the sake of mankind, this revolutionary technology will be used to make Earth a much better, and cleaner place, and not something that will help further destroy our planet.