Another discovery made using Google Earth has sparked a Conspiracy Theory claiming that a circular formation near Nepal and Mongolia is, in fact, a top-secret research facility, similar to Area 51.

The mysterious formations, which have been compared to Stonehenge were spotted between Kathmandu in Nepal and Mongolia on Google Maps.

The discovery has taken the internet by storm, raiding question as to what conspiracy theorists found. Some say we might be looking at a top-secret research base controlled by the government, while others suggest the circular formation may just be a huge circular array of solar panels in the desert.

The mysterious site is located around 150 kilometers from Jiuquan, home of China’s space program headquarters and launch pads.

In the past, countless discoveries have been made using satellite images provided by Google Earth and Google maps.

During an investigation of the vast desert in the area, a number of odd-looking structures have been found.

According to popular YouTube Conspiracy channel ‘thirdphaseofthemoon’, the odd formations near Chinas space program headquarters could be a ‘runway for extraterrestrials’.

‘Three airlines within the circular formation of rocks and buildings, I’m not entirely sure what I’m looking at,’ the Cousins brothers wrote. ‘It almost looks like Stonehenge from this aerial view’, say the editors of ‘thirdphaseofthemoon’.

And while no one actually knows what the formation represents, YouTube users flooded the YouTube channel of ‘thirdphaseofthemoon’ with comments.

Some argue the formation is just a huge solar panel. Others suggest we might be looking at a test range for reconnaissance aircraft, their cameras and targeting equipment.

According to gearthblog.com: the satellite images showing the strange formation in the desert could be calibration targets for radar, or tests to see if certain patterns can be used to hide objects from radar. 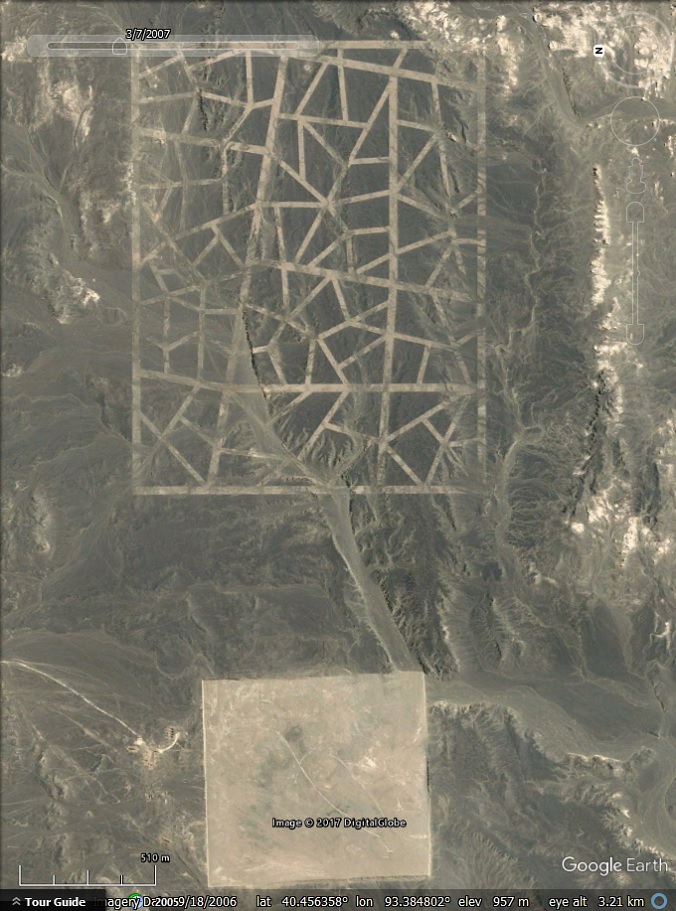 Timothy Whitehead from gearthblog.com explains that plain squares like the one present in the image above are actually quite common for satellite calibration targets, but this particular square probably serves some other purpose as it is not an exact square and is much larger than is typically used.

Curiously, the Gobi desert is home to various strange formations visible from space.

In recent posts, we reported about a number o strange structures and shapes that have been spotted on the borders of Gansu province and Xinjiang in northwestern China.

Here are some more images from the Gobi Desert: 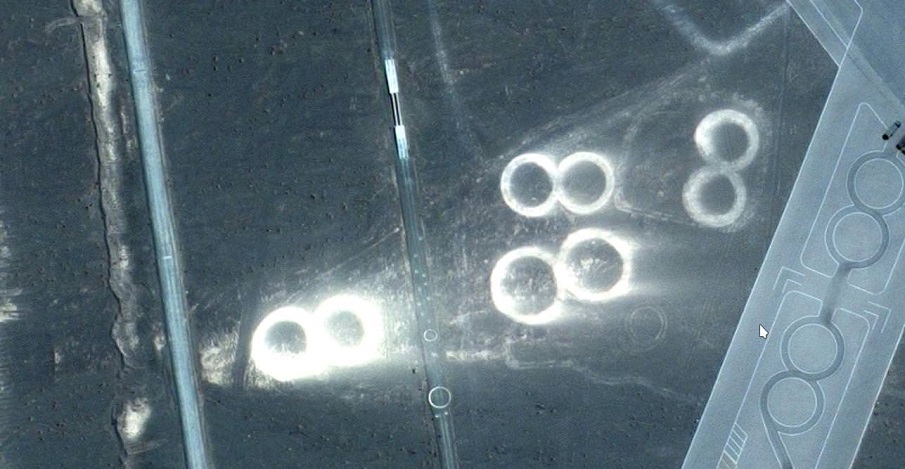 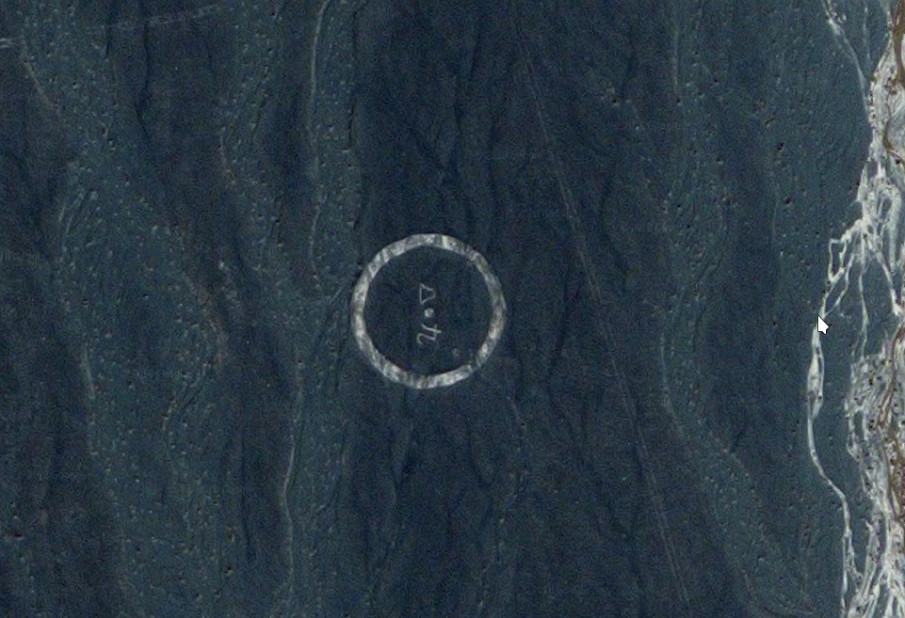 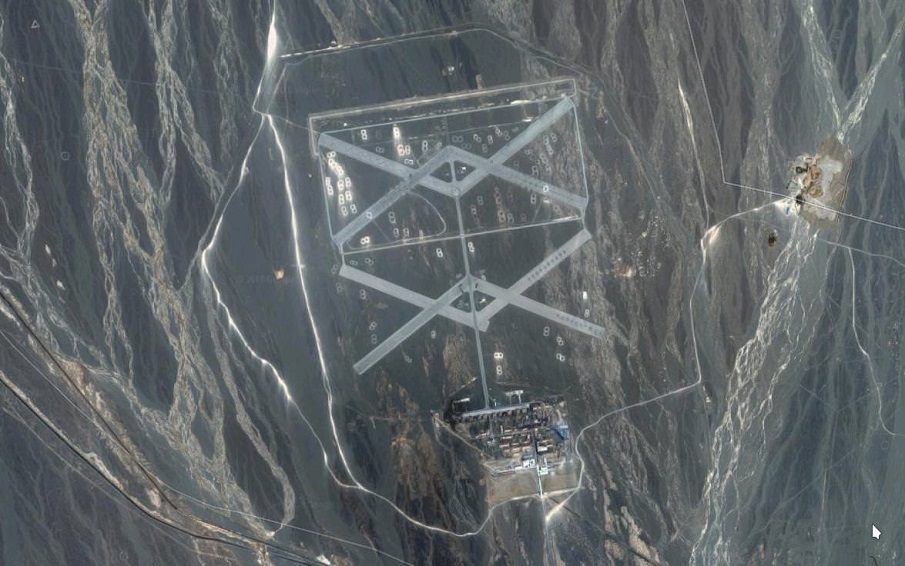