NASA shut down its live-feed after seeing this pass next... 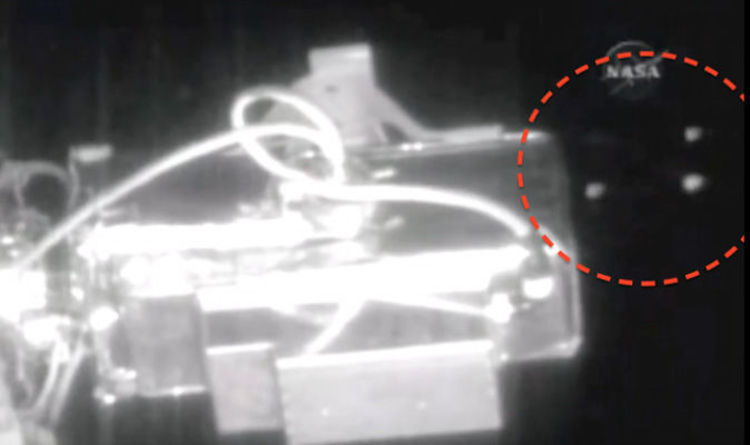 According to ufologists NASA was caught red-handed switching off their life-feed aboard the International Space Station after filming a fleet of unidentified flying objects pass near the ISS.

The video (below) taken from a NASA live stream, shows the outer parts of the International Space Station floating in the dark abyss of space until a mysterious spherical object comes into scene followed by similar ones that seem to move in coordination. As the unidentified objects became visible on the live-feed, the transmission is cut off and replaced with images from the mission control room.

This ‘sensational video footage’ was uploaded onto numerous social networks among them YouTube, where UFO hunter ‘Streetcap1’ uncovered the enigmatic objects cruising next to the ISS.

UFO Hunters agree that there are six objects which, judging by what is observed, are quite large; Far superior to the typical ice particles that NASA usually uses as an explanation in these cases, look like icebergs.

Curiously, this isn’t the first time NASA has cut off its life-feed on board the International Space Station. Numerous times in the past, the US Space Agency has switched off its live stream after ‘unidentified objects’ were seen coming into the picture.

While most of these objects are most likely satellites and ice particles floating in space, there are some objects which lack explanation, leading numerous ufologists and the general public to speculate about the true origin of the sightings.

If these enigmatic objects are in fact ‘visitors from other planets’, it would prove that the countless statements by former astronauts military officials and scientists about Alien life and the existence of UFOs are CORRECT.

Dr. Edgar Mitchel, one of the best-known Apollo astronauts and the sixth man to walk on the moon; a retired Captain in the US Navy, aeronautical engineer and founder of the Institute of Noetic Sciences (IONS) had much to say about Alien life: