According to one of the researchers, the silver plate which is only 0.01 cm thick was made by a professional ‘magician’ in the distant past.

A silver roll discovered inside an ancient amulet has revealed what appears to be a magical spell that remained a secret for over 1300 years. Researchers believe that the mysterious inscription was placed there by a Jewish “magician” who lived in Jerash, one of the most important and best-preserved Roman cities in the Near East around 740 AD.

Although the outer metal case was cracked and corroded, experts managed to extract the delicate silver scroll inside.

In ancient times, it was common to write spells in small sheets of lead, silver or gold, which often served as a protection against evil. However, these metal inscriptions were not put inside to be read, they were actually used as the heart of the amulet to which the sorcerer consecrated a certain power. This and the fact that the enrolled text was filled with mysterious magical characters have made it nearly impossible for experts to decipher.

In order to solve the mystery surrounding the ancient silver roll, archaeologists from the University of Aarhus, Denmark led by Rubina Raja performed a CT scan and a 3D model of the artifact in order to unroll the Jerash scroll digitally which allowed the accurate display of 17 lines of text written in a unknown language along with what are believed to be a set of magical symbols used by the sorcerer.

Experts believe that the first line consists of magical spells written in some form of Greek while the rest of the text appears to be written in some sort of Arabic language which remains undeciphered. According to the report published in Nature, ancient “wizards” or “magicians” invented their own languages and, exploiting the fact that most of the time people could not read or write, generated meaningless messages or whose sense only they knew.

‘The scroll was inscribed with 17 lines in presumed pseudo-Arabic as well as some magical signs,’ the study, published in Nature, said.

‘It is difficult to identify meaningful words, and there certainly are many cases that can hardly be reconciled with Arabic, both in regard to letter shapes and ligaturing,’ the study said.

Researchers state that the text also contains signs that clearly do not match or imitate Arabic letters, most of which are found in the first line.

‘We’ve sent it out to the world’s leading philologists, and all came to the conclusion that they can’t read it, and that it must be pseudo-Arabic,’ said Dr. Raja.

‘Collectively, it has not been possible to assign these signs to a known alphabet. Since we presume that the artefact is an amulet and since the main text seems to be in pseudo-script (characteristic of many magical texts), it is reasonable to view the signs as ‘magical’.’

The Jerash amulet was discovered in 2014 in the ruins of a house that was destroyed in 749AD.

‘The silver plate is only 0.01 cm thick. It is very thinly beaten and it’s a magnificent specimen,’ Dr. Raja said. 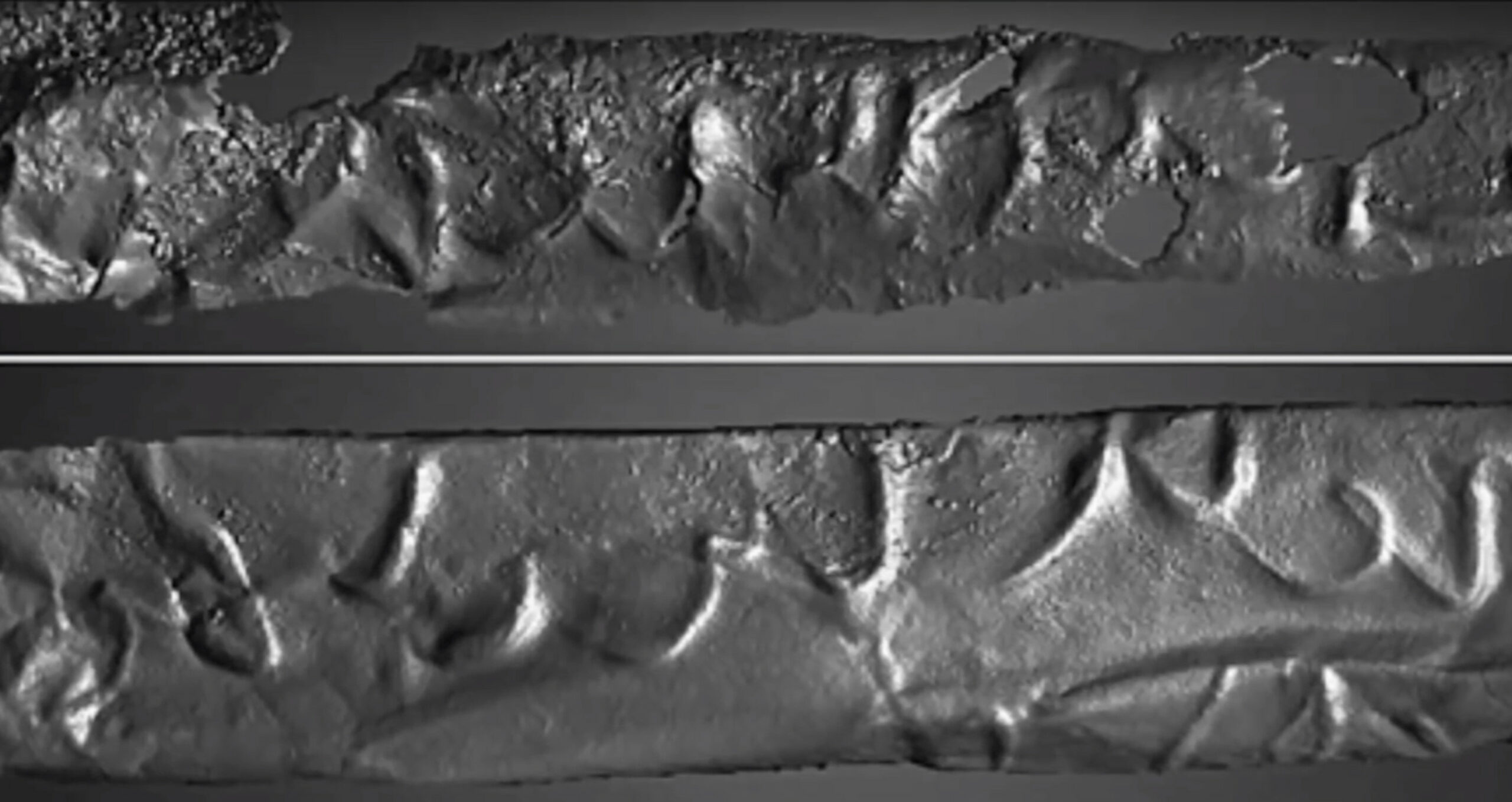 ‘It was clear when the scroll was removed from the container that it was inscribed since several lines of incised letters were visible on the reverse of the folded metal sheet.

‘The use of magical signs was widespread in antiquity and they are found in texts written on a multitude of mediums.’

Even though experts have absolutely no idea what is written on the scroll, this is extremely exciting news for them since the scroll shows that Greco-Roman and Semitic traditions lived on beyond the Arab invasion, even though they were presumed to have died out.

‘Since it was not possible to read the ‘text’ we cannot identify the religious affiliation of the amulet’s owner,’ the researchers wrote.’

‘Even if in the case of the Jerash scroll we cannot reconstruct a text from the (pseudo-)script, it is an important contribution to the reconstruction of mentalities and daily life in the ancient world.’