Second theropod dinosaur found that glided through ancient trees with...

In 2015, the world was introduced to the Yi qi, a tiny feathered theropod dinosaur whose name stands for “strange wing” because it seems to have glided from tree to tree with membrane covered wings over 160 million years ago in the late Jurassic period. The fossil reshaped how scientists understood the evolution of flight because it diverged from an evolutionary lineage toward birds and seems to have died out before the Cretaceous period.

Dinosaur fossil found in China has been named Yi qi, meaning “strange wing." It's throwing paleontologists for a loop http://t.co/2nXuH5FrCj

Then in 2017, a farmer found another fossil in China’s Liaoning Province that would be named Ambopteryx longibrachium. It’s the second feathered dinosaur found with signs of similar membranes connected to long bones jutting out from the wrists. Scientists compare it to a flying “dinosaur squirrel.” This animal’s newly assigned genus name is Ambopteryx: Latin for “both wings.” With this new find, researchers think that flight arose as many as four times within dinosaurs. 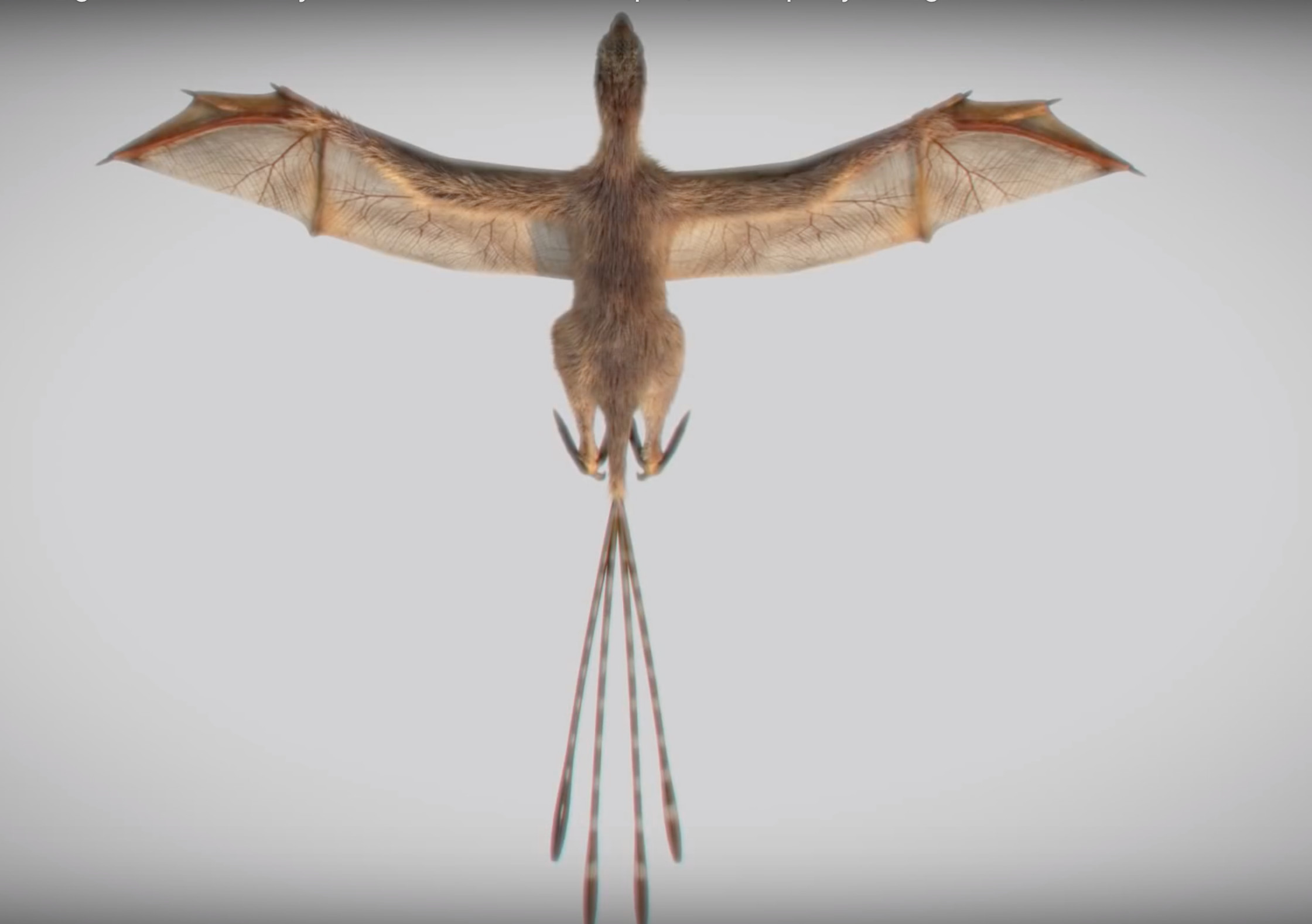 The Yi qi fossil from China threw paleontologists for a loop because the wings are unlike any other close flying relatives. Similar wings are found in the pterosaurs (reptiles that evolved to fly independently of dinosaurs), in bats, and flying squirrels. It is thought that the dinosaurs were about a foot in length.

“Analogous features are unknown in any dinosaur but occur in various flying and gliding tetrapods,” the authors wrote, “suggesting the intriguing possibility that Yi had membranous aerodynamic surfaces totally different from the archetypal feathered wings of birds and their closest relatives.”

Jurassic Bat? New species of bat-wing dinosaur discovered. And there's video (animation!) of the that lived in #China some 163 million years ago. #YiQi https://t.co/h7rWWnBpbc via @NatGeoScience

The wings in both the Yi qi and Ambopteryx longibrachium were connected to a long rod-like bone called a styliform element that juts out from the wrist. Membranous tissue remains were found in the well-preserved fossils. Otherwise, the dinosaurs had little capacity to flap their wings with no sternum or flight muscles.

In other ways, Ambopteryx is similar to a bird. The fossil showed feathers and a pygostyle: “a group of fused tail vertebrae that anchors the tail feathers in living birds.” Inside its belly, it had gizzard stones like a plant-eating bird, yet bone fragments showed it had recently eaten meat.

Both the Yiqi and Ambopteryx belong to a small family of dinosaurs called scansoriopterygids.

Jingmai O’Connor, the study coauthor from China’s Institute of Vertebrate Paleontology and Paleoanthropology described Ambopteryx like this:

“It probably would have been climbing around in the trees—like a little, creepy-looking dinosaur squirrel—and then flying from branch to branch,” O’Connor said.

The strange fossil finds from the Liaoning province in China may be just the beginning. A massive series of volcanic eruptions 100 million years ago killed huge numbers of dinosaurs and preserved them in great detail.