Researchers have confirmed a mysterious finding in India. The discovery of the 10.000 year old cave paintings depict several figures that seem to resemble otherworldly beings and disc-shaped objects.

The Department of Archaeology of the Indian state of Chhattisgarh seeks help from aerospace agencies in the United States and India to determine the nature of the images found in the tribal Bastar region. Experts are baffled by the great similarity between the images of the cave and characterizations of science fiction films that normally depict otherworldly beings and mysterious space ships. According to Indian experts, it’s as if people, 10.000 year ago made these paintings while looking at science fiction movies. 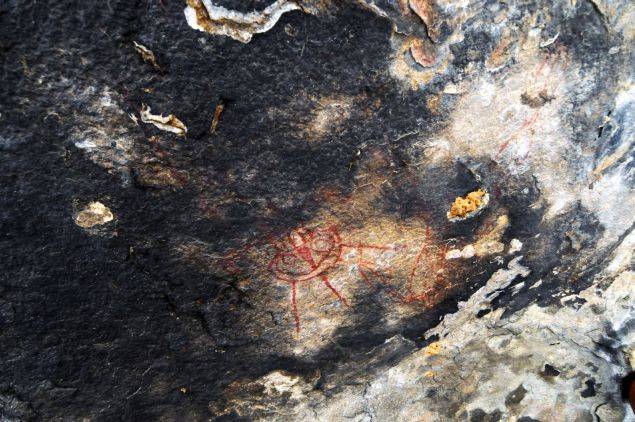 Is it possible that people depicted 10.000 years ago what they really saw? The finding in India seems to resemble other cave paintings found across the globe. The cave paintings in the Chhattisgarh state are not an isolated event, but something that is seen across several ancient cultures.

According to local archaeologist JR Bhagat, this could actually mean that people, from time immemorial, saw beings that came to Earth from other planets. A detailed investigation is needed to fully understand the nature of these depictions. Our department has no experts in this field. 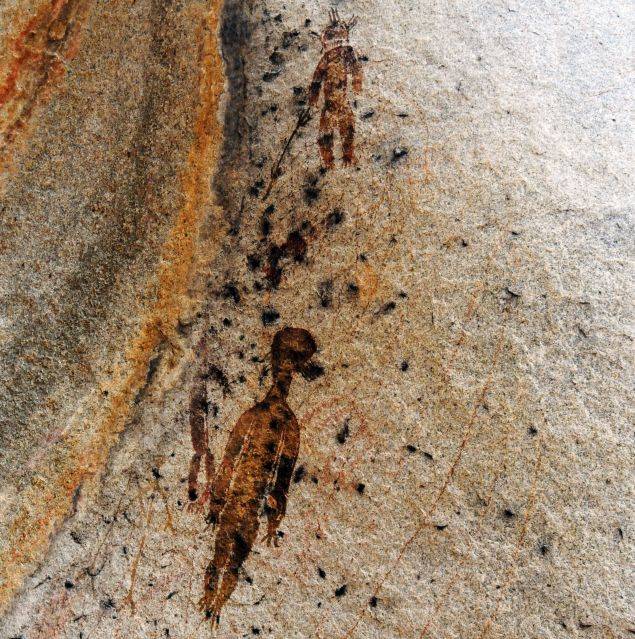 Mysteriously, “there are several beliefs among locals in these villages. While few worship the paintings, others narrate stories they have heard from ancestors about “rohela people” -the small-sized ones -who used to land from the sky in a round shaped flying object and take away one or two persons in the village who never returned.”

“The paintings are done in natural colours that have hardly faded despite the years. The strangely carved figures are seen holding weapon-like objects and do not have clear features. Specially, the nose and mouth are missing. In few pictures, they are even shown wearing space suits. We can’t refute possibility of imagination by prehistoric men but humans usually fancy such things,” the archaeologist said. 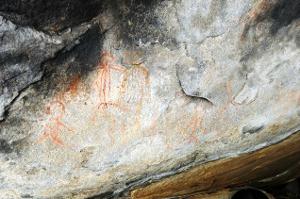 The oddly shaped figures depicted in the caves seem to carry mysterious objects i their hands. These “beings” are not depicted with detailed faces, they seem to lack noses and mouths. In some of the cave paintings you can clearly see some sort of spacesuit.

So what are these paintings in your views? Do they really seem to resemble otherworldly beings as suggested by local legends? Are the images of “disk-shaped” objects really depictions of extraterrestrial vehicles? Or are these paintings, similar to other found worldwide, just abstract art as some people suggest?