8 percent of the material in the pipes could not be identified. Their mysterious pipes are believed to be around 150,000 years old. According to the largest state-run newspapers in China—People’s Daily, in a 2007 investigation, a researcher from the Chinese Earthquake Administration reported having found some of the pipes to be highly radioactive. 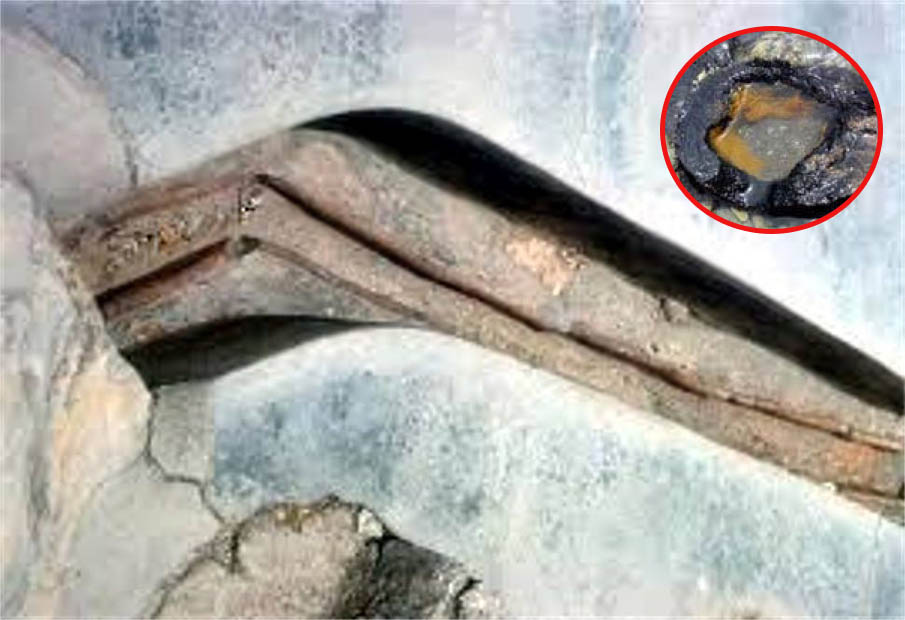 A recently published study titled “Prior Indigenous Technological Species” by Jason T. Wright from the Department of Astronomy & Astrophysics and Center for Exoplanets and Habitable Worlds, at Pennsylvania State University, has given us lot to think about.

What if, in the distant past, hundreds of thousands—perhaps millions of years ago—an advanced technological species existed somewhere in our solar system? Maybe even Earth?

The idea that humans are not the first, or only, technological species to arise in the Solar System is very old. In the second century, CE Lucian of Samosata wrote (satirically) of intelligent non-human creatures on the Moon in ᾿Αληθῆ διηγήματα (True History), and Voltaire (also satirically) wrote of intelligent beings on Saturn in Micromegas (1752). Of course, the idea of indigenous Martian civilizations pervades science fiction to the point of cliche, but was once also considered at least somewhat seriously in scientific circles, most famously by Lowell (1895), but also as recently as Shklovski˘ı & Sagan (1998) (who speculated that the moons of Mars might be artificial).

Wright asks some very important questions which many other researchers have not ventured into.

Given that it is known to host complex life, the most obvious origin for a prior species of any sort is Earth. Archeology and paleontology, having not found evidence for such a prior species or its technology, put strong constraints on when it might have existed and the longevity of its technosignatures. But how long would such evidence last?

Regrettably, in today’s world, the sheer amount of ‘fake artifacts and hoaxes’ discovered around the globe make it hard for experts to deduce what is and what is not legit.

While there are many artifacts that are nothing but the figment of the imagination of people looking to make a name for themselves by promoting fake artifacts, there are certain discoveries that make us ask the million dollar question: What if it’s real?

One such discovery was made in China in the vicinity of Mount Baigong, in China’s western province of Qinghai which is an almost completely uninhabitable region.

There, researchers claim to have discovered—in addition to pipes—a pyramidal structure just off the shores of a salt lake. Some of the Baigong pipes are reported to be associated with three caves in Mount Baigong. These caves are reported to occur within the front face of Mount Baigong. The mouths of the two smaller caves have collapsed. Only the largest cave, which is 6 meters (18 feet) high, can be entered. The vague resemblance of the top of Mount Baigong to a pyramid has been the focus of speculation.

The enigmatic pipes were said to have been discovered by a group of scientists from the United States who were seeking dinosaur fossils. The scientists are said to have reported the formations to local authorities in Delingha. However, the pipes did not attract attention until a later report, possibly one of six made by Ye Zhou, appeared in the Henan Dahe Bao (河南大河报 ‘Henan Great River News’) in June 2002.

Interestingly, one of the largest state-run newspapers in China—People’s Daily reported on a 2007 investigation in which a research fellow from the Chinese Earthquake Administration reported they had found some of the pipes to be highly radioactive.

According to the tests, 8 percent of the material in the pipes could not be identified. The rest of the composition of the pipes include iron oxide, silicon dioxide, and calcium oxide. Silicon dioxide and calcium oxide are products obtained after a long interaction between iron and the surrounding sandstone which has provided researchers with the age of the pipes. To add to the mystery, Zheng Jiandong, member of the China Earthquake Administration (CEA) told a local newspaper that the tubes show evidence of radioactivity. Jiandong believes that the iron-rich magma may have risen from the depths of the earth, solidifying the iron fissures in the tubes.

So what are these enigmatic pipes? What was their purpose? Are their artificial structures or the result of nature? If they are artificial, who built them 150,000 years ago? According to researchers, humans have only inhabited this specific region over the past 30,000 years and within the known history of the area, the only humans who inhabited the region were nomads whose lifestyle isn’t characteristic of leaving any structures or buildings nor did they possess any knowledge about metallurgy. But if the nomads and ancients did not create those pipes, who did?

Conventional archaeologists and scholars have tried explaining these structures suggesting that they are a natural phenomenon, but Yang Ji, a researcher at the Chinese Academy of Social Sciences, believes that the pyramid and its strange pipes may have been built by intelligent beings.

According to a 2003 article in the Xinmin Weekly, Chinese scientists using atomic emission spectroscopy found the Baigong Pipes to contain organic matter of plant origin. In addition, the news article also stated that tree rings were found in sections of these rock formations and, as a result, they were judged to be fossil trees or tree roots. However, like many other aspects of the “Baigong pipes”, this news report remains unsupported by either any scientific publication or other reliable primary or secondary source that discusses and documents these findings in any detail.