20 Jaw-dropping images of the megalithic ruins of Ollantaytambo

Located at an altitude of nearly 3,000 meters lie the ancient ruins of Ollantaytambo in Peru. This ancient stronghold is one of the LARGEST ancient Inca sites in Peru—and many authors agree that Ollantaytambo may have existed long before the Inca.

Located in the so-called Sacred Valley of the Incas, the history behind Ollantaytambo is as impressive as its megalithic ruins, erected thousands of years ago by mysterious builders.

Ollantaytambo features everything needed for archaeologists and researchers to remain awestruck. It has supermassive blocks of stone—tranported up to ten kilometers away, it features incredibly smooth surfaces, sharp corners, and stones which were positioned in such  a way, that not even a single piece of paper can fit between them

Ollantaytambo features some of the most impressive megalithic works in Southern America—and some even say ni the world—where we can find supermassive granites blocks, some weighing over 70 tons at the so-called Temple of the Sun at Ollantaytambo. The stone was quarried from the side of the mountain, on the other side of the valley, and was tranpsorted—somehow—and placed into position—mysteriously—where it remains today, standing tall and proud as evidence of the capabilities of civilizations that are said to predate the Inca themselves.

Some of the images from Ollantaytambo are evidnece—according to many authors—of a lost technology that the ancients had access to in the distant past. The precision, shape and curious patterns seen in some of the stonework at Ollantaytambo goes far beyond the capability of the Inca, who at their peak had tools made of bronze.

It remains a puzzle as to how the builders of Ollantaytambo were able to shape the granite with such ease. The Temple of the Sun—never completed—boasts SIX MASSIVE monoliths that were put together in such a way, as if the builders had no issue whatsoever with the weight of the massive blocks of stone.

Perhaps the greatest mystery of Ollantaytambo is how the original builders managed to move these six MASSIVE blocks of stone to their present location, since the quarry from which they were obtained has been identified at Chachicata, some four miles away across the valley on the opposite mountainside.

In fact, for them to achieve this level of precision, they needed tools with high quartz crystal content, hardened carbon or cobalt steel. As Brien Foerster suggests, even such materials would have made their work a nearly impossible mission.

The temple fo the Sun at Ollantaytambo isn’t the only noteworthy structure. To the west of Ollantaytambo, we find the Temple of the Condor, where the ancient builders had the ability to fit stones into the bedrock with a previously unseen accuracy, creating recesses whose function remains a mystery. 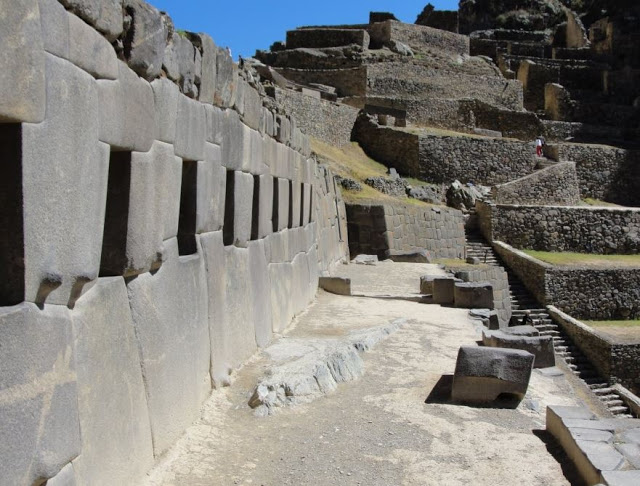 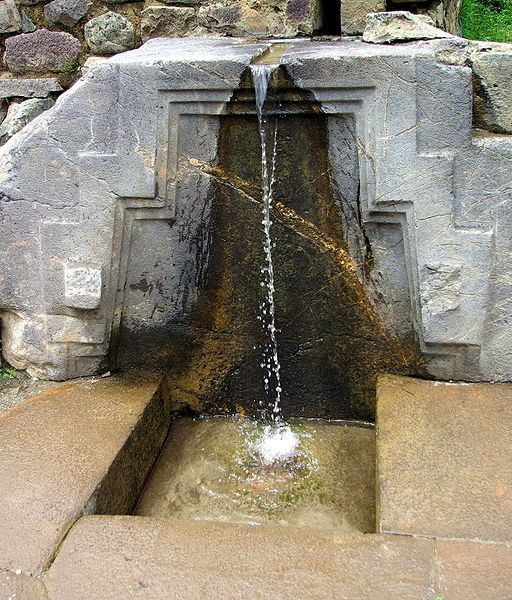 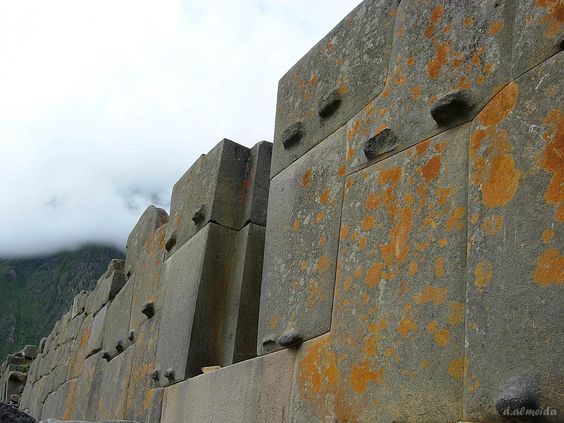