An incredible discovery has been made during an illegal excavation in Egypt where archaeological remains dating back to the reign of King Tuthmose III have been found.

During the illegal excavation, huge limestone blocks engraved with hieroglyphs, dating to the reign of King Tuthmose III of the New Kingdom era in Egyptian history (16th-11th centuries BCE) were found in the Hod Zeleikha area of Al-Badrasheen district. Archaeologists expect that the engravings on the limestone blocks will expand their knowledge on the reign of King Tuthmose III.

This incredible discovery ads to the list seven reliefs, two marble columns and a huge red-granite statue of an armless seated person. Antiquities Minister Mamdouh El-Damaty said in a statement that the artifacts had been taken to their Saqqara site to be restored and studied further. Shortly after the discovery, Hod Zeleikha was declared an archaeological site and is under the jurisdiction of the ministry.

According to reports, further excavations are expected in the coming months where researchers expect to learn more about one of the most important Pharaohs to rule Egypt.

According to the Ahram report, after Egypt’s tourism and antiquities police heard of the illegal dig, a special unit arrested seven persons. King Thutmose III ruled the New Kingdom between 1479-1425 BCE, expanding the Egyptian empire to its largest extent, from northern Syria to the Nile’s fourth cataract in present day Sudan, the International Business Times said. 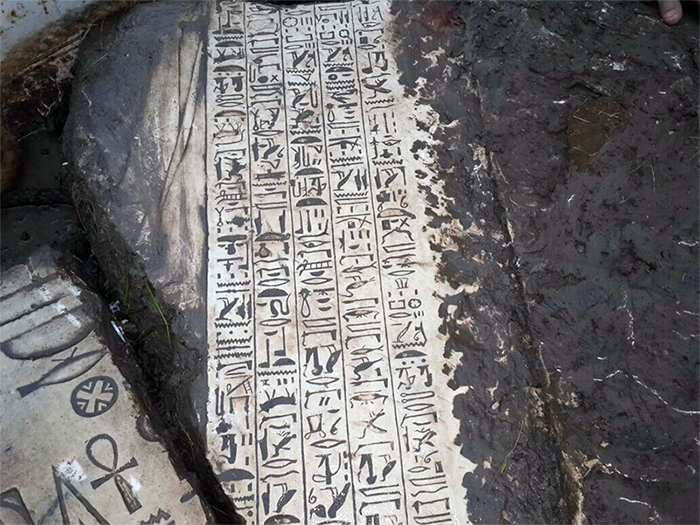 He is known for creating the largest empire Egypt had ever seen and he conquered from Northern Syria to the fourth cataract of the Nile in Nubia.