Without the wheel, draft animals, metal tools or even a written language, the Ancient Inca managed to build the oldest, longest—40,000km long—and most advanced ancient highway on the surface of the planet giving the ancient empire access to over 3,000,000 square kilometers (1,200,000 sq mi) of territory. 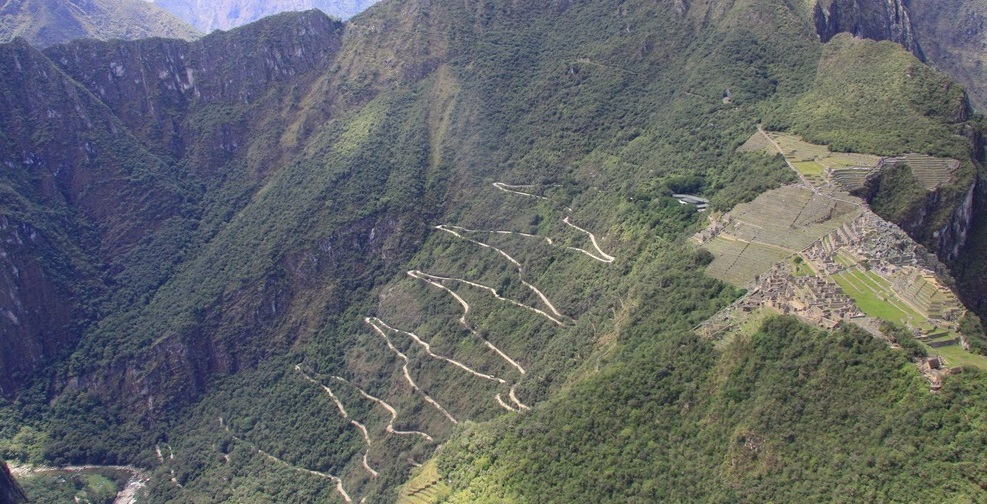 The Ancient Inca Road system or Qhapaq Ñan is without a doubt one of the most extraordinary feats of ancient engineering in the world. The incredibly complex ancient highway allowed transform the ancient Inca empire to the largest and most powerful ancient culture in the western hemisphere.

In pre-Columbian America, the Inca road system—which covers a staggering 40,000 kilometers—was the most extensive and most developed transportation system in the western hemisphere.

Forget about Pyramids, the Inca were good at several other things and building MASSIVE highways was apparently one of those things.

Somehow, the ancient Inca managed to create hundreds of years ago a sophisticated ancient highway which is still in very good condition after hundreds of years of usage. In fact, the road system is so incredible that many authors agree it is one of the most magnificent ancient architectural feats ever made.

As noted by UNESCO, “Constructed by the Incas over several centuries and partly based on pre-Inca infrastructure, this extraordinary network through one of the world’s most extreme geographical terrains linked the snow-capped peaks of the Andes – at an altitude of more than 6,000 m – to the coast, running through hot rainforests, fertile valleys and absolute deserts. It reached its maximum expansion in the 15th century when it spread across the length and breadth of the Andes.”

The sophisticated network of pathways covers over 20,000 miles transversing Ecuador, Peru, Bolivia, Argentina, and Chile. But what is perhaps one of the most notorious features of this ancient road system is that it traversed the Andes, incredibly tall, steep mountains. This means that the ancient Inca had to bore tunnels through mountains, and even cut narrow paths along sheer cliff faces. This tells us that transportation was extremely important to the ancient Inca. Unesco recognized the Inca Road system as a World Heritage site in 2014.

They used their sophisticated road system for two main purposes. The ancient Inca used the Chasqui—runners—for exchanging messages throughout their empire, and they used their llamas and alpacas for transportations. Ordinary people were not allowed to travel along the roads for private purposes without official permission.

The Chasqui were trained to memorize and relay messages. Chasqui posts stood about a mile apart along the road system of the Inca empire. When a message was given to a Chasqui, he would run to the next post and convey the message to the Chasqui there, who would then run to the next post, and so on.

But what is perhaps the most important fact about the ancient road system built by the ancient Inca was the fact that it was built without the use of the wheel, draft animals, metal tools or even a written language.

This alone tells us just how advanced the ancient Inca were. This complex road system allowed te ancient Inca to become extremely powerful and develop major trade routes. The ancient Inca traded squash, sweet potatoes, different fruits like pineapples and papaya, feathers, animal skins, pots, ropes, llamas, gold, and silver, but one of the most valuable trade object for the Incas was cloth.

Ramiro Matos, a native Quechua speaker who grew up walking the Inca Road says: “The road is not just a physical road, it’s a cosmological road, and modern people consider it a living road.”

“The Kallawaya (traveling doctors from Bolivia) still use the road to walk and recycle their energy. They say the road has a spirit.”

The more you read about the Inca the more they intrigue you. Another fascinating example of the magnitude and importance of the ancient Inca road system is that it is one MASSIVE network that goes from the northwest to the southeast.

Megalithic sites such as Tiahuanaco, Puma Punku, Cuzco, Machu Picchu, Ollantaytambo, and Saksaywaman are without a doubt a treasure trove of evidence showing the complexity and technological advancements of ancient cultures. What is even more interesting is that numerous authors suggest that these megalithic sites are thousands of years older than the Inca, and therefore parts of the Inca road system could as well be thousands of years older than Inca.

Curiously, local legends of the Incas speak that these major sites weren’t built by the ancient Inca. When you ask the Inca who built these magnificent sites? They’ll say “We didn’t build this.” So if it wasn’t the Inca, who built it

One answer could hide within ancient Inca Legends who speak of Gods’ who came to Earth and helped create civilization as we know it.