A bone fragment points to a mysterious and unknown species...

In 1989, archaeologists unearthed the remains of the Red Deer Cave people in China. 25 years later, the analysis of one of the femurs found in the cave revealed that the species was in fact an unknown, out of time and place.

The Archaic species which belonged to the genus Homo from China were long thought extinct. The bone fragments were found in the Yunnan province in China and were unearthed by Chinese archaeologists in the late 80’s. Preliminary reports show that they likely survived until as recently as 14.000 years ago, belonging to a separate species than that from modern humans. 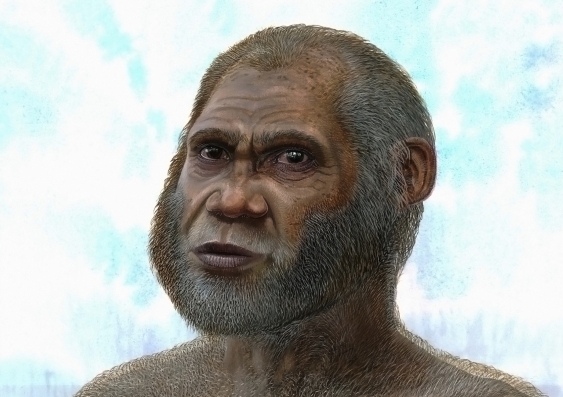 After the discovery 25 years ago, the bones arrived to the archaeological museum where they remained forgotten without anyone paying attention to them. But now, a joint investigation by Chinese and Australian scientists, published in the journal PLoS ONE, has revealed that the remains forgotten for a quarter century could belong to a new species of pre-modern humans who lived in this isolated region and possibly even coexisting with other far more advanced species.

“The shaft is narrow, with the outer layer of the shaft (or cortex) very thin; the walls of the shaft are reinforced (or buttressed) in areas of high strain; the femur neck is long; and the place of muscle attachment for the primary flexor muscle of the hip (the lesser trochanter) is very large and faces strongly backwards.”

Scientists said that the discovery itself is controversial since it had been thought that the youngest pre-modern humans on mainland Eurasia became extinct some 40,000 years ago, soon after modern Homo sapiens came into the region. The discovery which was announced in 2012 divided the scientific community.

At the time, researchers believed that the bones could belong to an unknown species or very early and primitive-looking population of modern humans which was believed to have migrated to the region over 100,000 years ago.

“The find hints at the possibility a pre-modern species may have overlapped in time with modern humans on mainland East Asia, but the case needs to be built up slowly with more bone discoveries,” said Dr Darren Curnoe of the University of New South Wales, a co-lead author on the study.

“We published our findings on the skull bones first because we thought they’d be the most revealing, but we were amazed by our studies of the thigh bone, which showed it to be much more primitive than the skulls seem to be,” Prof. Ji said.

Therefore, this femur could represent the existence of a hitherto unknown species, ancient, archaic, considered as a relic by some scholars, an unknown species that adapted and survived for thousands of years later than previously thought in the area of southwestern China, a diverse and complex geographical and biological area extremely isolated.

Researchers will surely continue analyzing both the femur and other bones, trying to find a full explanation and to answer several questions, including whether there was contact between this and modern species that coincided in time, and if they hybridized as other findings seem to suggest.

The riddle of the Red Deer Cave people gets even more challenging now: Just who were these mysterious Stone Age people? Why did they survive so late? And why only in tropical southwest China?