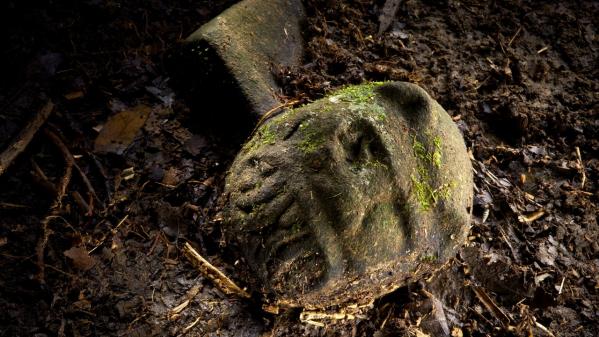 Another incredible archaeological discovery has been made, this time, an expedition of archaeologists discovered in the jungles of Honduras the remains of an ancient city that could correspond to the legendary “White City” or “City of the Monkey God” according to”National Geographic.” Archaeologists suggest that this discovery does not only reveal an ancient city, but point to the fact that their finding could lead toward a previously unknown Mesoamerican Civilization, unknown to history.

According to the publication, the remains of this ancient city belong to a vanished culture and, unlike Maya, almost completely unknown to history. One of the most spectacular discoveries is a head depicting a mysterious being, half man, half jaguar. Dozens of buried figures have been found and researchers believe countless more are hiding below the surface.

“The figure seems to be wearing a helmet,” said Fisher. Team member Oscar Neil Cruz, head archaeologist at the Honduran Institute of Anthropology and History (IHAH), believes the artifacts date to A.D. 1000 to 1400.

Archaeologist Christopher Fischer, from the American University of Colorado, said he archaeological site is “intact”, which is “incredibly rare.”

This is clearly the most undisturbed rain forest in Central America. The importance of this place can’t be overestimated. Mark Plotkin, ethnobotanist

Both the  American and the Honduran Institute of Anthropology and other historians dated the finding in the region of La Mosquitia, in the northwest of the Central American country between 1000 and 1400 AD. According to them, the discovery could not be linked to a single lost city, but an entire civilization, rewriting the history of the region. 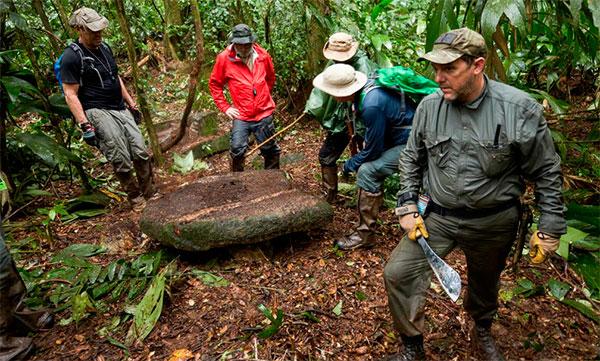 Other experts in the subject warn that it is too soon to draw conclusions, before claiming to have discovered the remains of a lost and unknown civilization, researchers would need to discover other villages connected to this ancient city. Pointing toward the “white city” at this point would be misleading.

Historians and researchers have spent years telling stories about the alleged white walls of a lost city among the foliage of the jungle. Indigenous people also speak of a “white house” or “place of cacao” where the natives took refuge from the Spanish Conquistadors says “National Geographic”. Since the 1920’s several expeditions in search of the mythical “white city” have been conducted. The most famous expedition  was in 1940 by explorer Theodore Morde, who claimed to have found the ancient city but refused to disclose its location in fear that the ruins would be sacked. 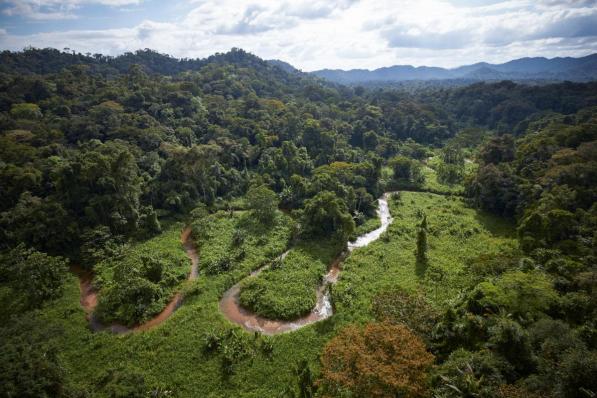 Among the items such as the half jaguar half man figure, archaeologists have found hundreds of other objects scattered across the ground, most of them located at the base of an earthen pyramid that was mapped by researchers as were plazas, roads and mounds.

First archaeological estimates place the settlement to date somewhere between the 10th and 14th centuries. The discovery itself is amazing as researchers do not even have a name for this long lost ancient Mesoamerican civilization.

“It shows that even now, well into the 21st century, there is so much to discover about our world,” said Christopher Fisher, the lead archaeologist.

The white city has been a mythological city throughout centuries, it was said to contain incredible treasures, and if this discovery, is indeed the “white city” or “City of the Monkey God” than archaeologists have just hit a historical jackpot, whose riches are invaluable. Thedore Morde was believed to have discovered this mythical city back in 1940, but he passed away without revealing its location.

Virgilio Paredes Trapero, the director of the IHAH told National Geographic: “If we don’t do something right away, most of this forest and valley will be gone in eight years.” He spread his hands. “The Honduran government is committed to protecting this area, but doesn’t have the money. We urgently need international support.”

We expect that this discovery marks the beginning of a series of expeditions in the goal to learn more about this ancient civilization unknown to history, the question is, will the government and researchers protect the ancient city against possible looters? Years of study will be needed to obtain the necessary knowledge to categorize and describe this settlements and the inhabitants that once called it home. 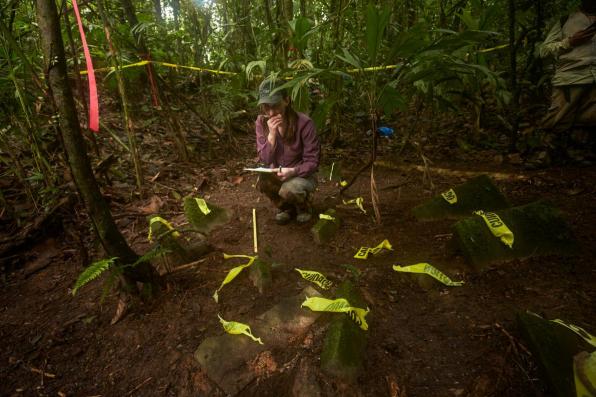