According To The Ancient Aztecs, Other Worlds Existed Before This... 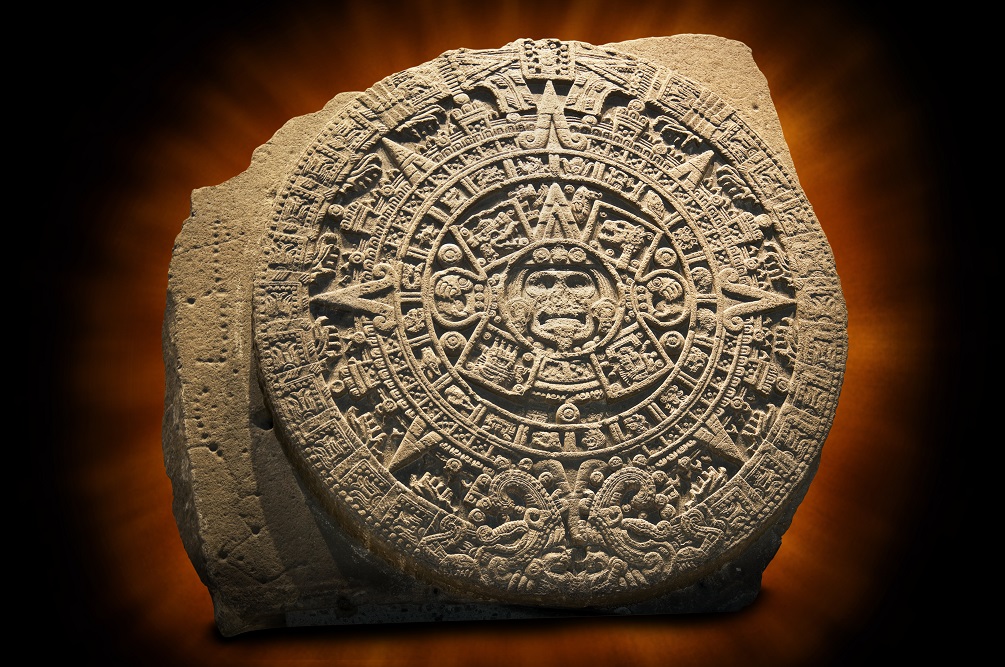 According to the so-called legend of the five suns, other worlds existed before the world we live in today.

The legend of the five suns explains the beliefs that the Aztecs had in which other worlds existed before theirs.

According to the Aztecs, there were four previous worlds or suns as they called them, each ruled by a specific god, a unique human race and devastated by a different natural phenomenon.

Each of these suns was linked with the basic elements: earth, water, air, and fire.

Each of these elements was related not only to nature and its composition but also to its destruction.

There are several versions of this myth since the information is not complete and the order usually changes.

This version is based on the History of Mexicans and their paintings where the order of the suns is the following: the first sun, the second sun, the third sun, the fourth sun and the fifth sun.

The origin of the world we live in today

After the devastations of the four suns, Quetzalcoatl and Tezcatlipoca are recognized for the recreation of the earth and sky, not as enemies but as allies.

According to the Aztec myth of creation, Quetzalcoatl and Tezcatlipoca create the sky and the earth by dismembering the monster of the earth Tlaltecuhtli—the lord of the earth.

It is said that Tlaltecuhtli was combined with another monster, the great alligator which with its crocodile back shaped the mountains of the world.

One of the versions of this myth tells us that Quetzalcoatl and Tezcatlipoca came down from the sky to observe Tlaltecuhtli. In doing so, they saw how Tlaltecuhtli ‘s desire for fresh meat was so great that not only did Tlaltecuhtli have a jaw full of sharp teeth but he also had gnashing dentures on his shoulders and knees.

After seeing this, the gods agreed that the creation could not be completed while the monster was alive.

In order to create the Earth Quetzalcóatl and Tezcatlipoca became giant snakes.

They decided to destroy Tlaltecuhtli.

One of them took Tlaltecuhtli’s left hand and right foot, while the other snapped Tlaltecuhtli by his right hand and his left foot and between the two, they dismembered the monster.

The upper part of the monster created the earth while the lower part was the sky.

However, the destruction of Tlaltecuhtli made the other gods angry so they decided that to comfort the earth, all plants that man would need to live would grow from it.

From his hair grew trees, flowers, and herbs and from his skin grass and small flowers; his eyes would be the source of the streams, lagoons, and small caves; its mouth the great rivers and caverns while his nose would be the crest of the mountains and valleys.

The legend says that you could hear the cry of the monster at night, thirsty for blood and for the hearts of the people. His needs are said to be calmed by sacrifices and offerings of flesh and blood that calmed Tlaltecuhtli, and make him benevolent to the people, giving the fruits needed for human life to continue.

For the world to be complete, the great source of energy–the sun–had to be created. The sun is the key to the cycles in the Aztec creation myths.  However, the sun is so powerful, that it can’t just be created. According to the Aztecs, the Sun can only come into being after the sacrifice of a god: Tezcatlipoca. However, the mighty God Tezcatlipoca only managed to become half a sun, making this first creation incomplete.  During the first age, the gods created giants from ashes, and gave them acorns to eat. When Tezcatlipoca ceased to be the sun, all giants were eaten by jaguars and none remained.

Tezcatlipoca ceased to be sun because Quetzalcoatl knocked him out of the sky.

In anger, Tezcatlipoca sent jaguars to destroy the giants.

This world disappeared by tremors and man was devoured by jaguars.

During the second sun, Humans were created as they exist now, normal size.  The Gods gave the humans piñon nuts, to eat and mankind existed peacefully. However, the people became corrupt, and of revenge, Tezcatlipoca turned them into monkeys. Furious, because of this. Quetzalcoatl sent a hurricane to blow the monkeys away.

Quetzalcoatl was the sun for 675 years until Tezcatlipoca destroyed it.

Tlaloc was one of the early creations of the gods, the god of rain and water.  Tlaloc was the next sun.  However, just as with mortals, personal problems became his downfall. Tezcatlipoca was the instigator. During the third Sun, Tezcatlipoca stole Tlaloc’s wife (Xochiquetzal), and Tlaloc was heartbroken.  He shone as the sun but refused to send rain, in spite of being the God of rain, and the pleas of the people. Soon after, a terrible drought swept the earth, and finally, in a rage, Tlaloc made it rain, but with fire causing the destruction of the world by burning away everything.

The third sun and lasted 364 years.

During the Fourth Sun, Tlaloc’s sister–Calchiuhtlicue–was chosen to be the sun. However, filled with jealousy, Tezcatlipoca and Quetzalcoatl knocked down the sun.  As Calchiuhtlicue fell, the sky opened up and water flooded the earth causing the destruction of the world.

Chalchiuhtlicue lasted for 312 years giving birth to the fish-men, which at that time ate fivecopi, a seed similar to corn.

The Fifth Sun—The Creation of Man

The gods decided that since there was a new world, the recreation of man was necessary to populate the Earth.

According to the myth Quetzalcoatl had to go to the underworld to recover the human bones of the last era, that is, the race that was turned into fish by the flood.

The underworld was a dangerous place known as Mictlan, ruled by Mictlantecuhtli, lord of the underworld.