The intriguing image depicts what many believe are the remains of an ancient statue on the surface of Mars. Comparing the image snapped on Mars to some of the ancient Sumerian statues from Earth, some would say there’s a definite connection.

Ever since NASA started exploring the surface of the red planet with their charismatic rovers, people have started searching the images beamed back from NASA’s very own alien robots in hopes of finding clues that Mars was once inhabited.

NASA’s Curiosity rover and its companions on Mars, Opportunity, and Spirit have taken a countless, extremely strange images on Mars.

While some skeptics argue it’s nothing more than Pareidolia—our brain playing tricks with us making us see ‘familiar things and shapes’—others believe there’s more to Mars that we’ve been told.

This—extremely weird—image from Mars has been interpreted by many as the remains of an ancient statue that eerily resembles the depictions of the ancient Sumerian civilization and the Anunnaki—creator gods who came to Earth in search of gold. The RAW NASA image can be found here. (Image enhanced by Martine Grainey) 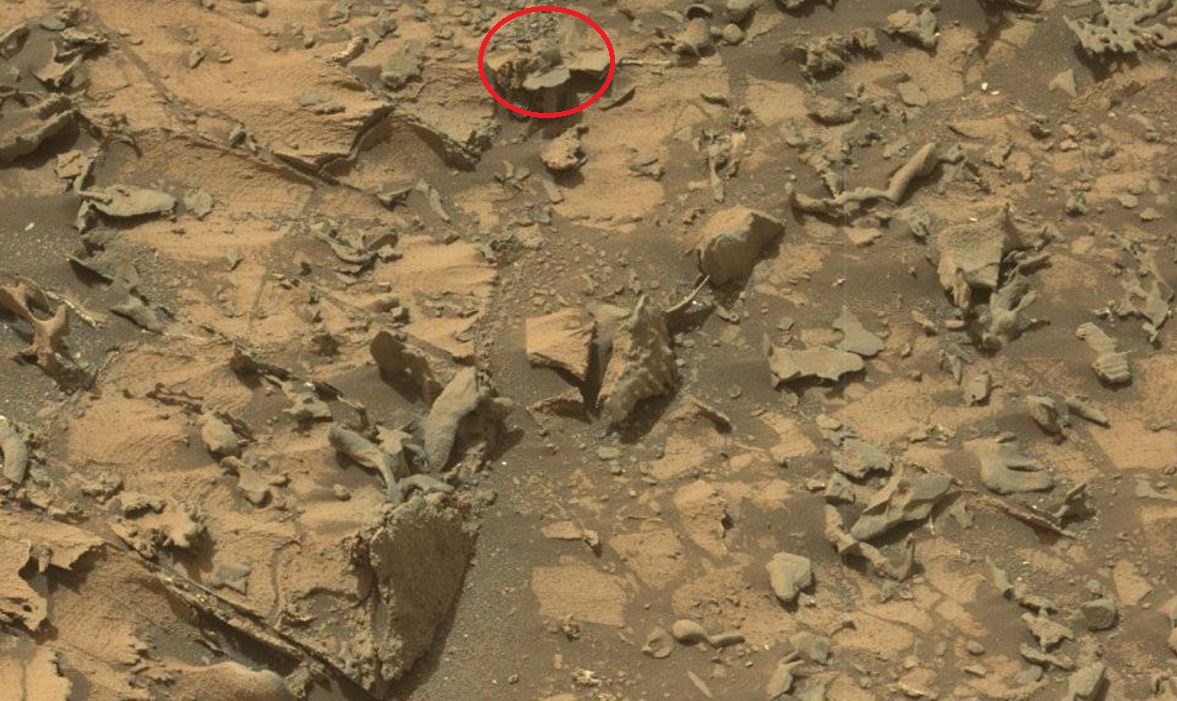 Interestingly, there are several scientists who agree that Mars isn’t a desolate place and that in the distant past, the red planet was inhabited by intelligent alien civilizations.

Dr. John Brandenburg, who has a Ph.D. in Theoretical Plasma Physics from the University of California and who is a scientist who worked with NASA says there is evidence on Mars that the planet was inhabited in the distant past.

According to Dr. John Brandenburg, there is enough evidence to prove that at least two major nuclear blasts went off on the surface of the red planet in the distant past. The theory proposed by Dr. Brandenburg is based on the traces of uranium and thorium that have been registered on the surface of Mars. This Martian civilization was wiped out by another hostile alien race from elsewhere in the universe. Dr. Brandenburg warns that our civilization could face the same faith.

In addition to saying Mars was in fact inhabited, Dr. Brandenburg has said that “It was (the Clementine Mission) a photo reconnaissance mission basically to check out if someone was building bases on the moon that we didn’t know about. Were they expanding them?”

Apparently, we have both physical evidence (the image snapped on Mars) and the statement and scientific evidence which points to the possibility that Mars was in fact inhabited by intelligent civilizations.

So what is the curious ‘object’ snapped by the Curiosity rover? Is it in fact an ancient Alien statue in ruins on Mars? Or is this object—together with the countless artifacts said to be the ultimate evidence for aliens on Mars—just another trick caused by Pareidolia?

I’ve seen many times curious shapes in the clouds, maybe this is precisely what’s happening on Mars, after all, everyone wants to hear that Mars is inhabited.