The study obtained incredible results not only because of the origin of the mysterious minerals but because the ancient necklace was manufactured in 3200 B.C. 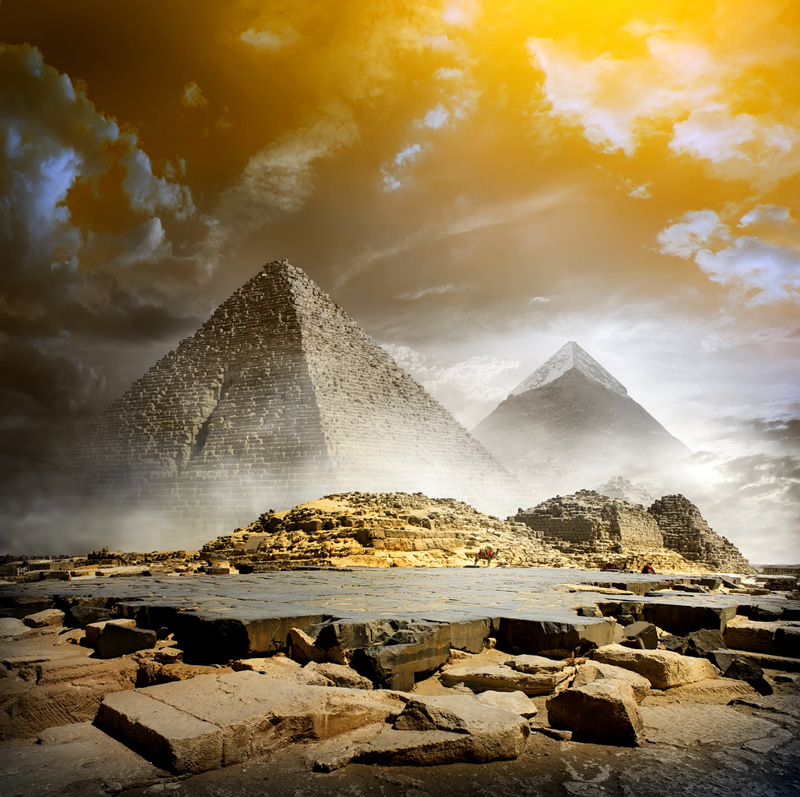 In 1911, during the excavation of the graves of Naqada, north of Egypt, archaeologists came across what appeared to be a necklace made of iron  inlaid with gold and precious stones, but they couldn’t be more wrong.

More than a century later, a study conducted by Egyptologist Thilo Rehren of the University of Hamad bin Khalifa showed that the precious ancient treasure, currently in possession of the Petrie Museum in London, is actually made of meteoric iron. X-ray analysis determined that the necklace was made from thin sheets of iron from a meteorite, molded with a hammer and rolled in the form of beads.

Researchers discovered that the  nickel content of this original metal was extremely high, indicating that it originated from a meteorite, and not from Earth minerals as first believed. During the study, scientists identified a distinctive crystalline structure called a Widmanstätten pattern. Scientists say that this structure can only be found in iron meteorites that cooled extremely slow inside their asteroids during the formation of our solar system.

Professor Thilo Rehren, lead author of the Journal of Archaeological Science study said: „The beads were created by ‘multiple cycles of hammering’ and not by the traditional carving or drilling stone techniques that were used on other beads found in the same tomb.“

The study obtained incredible results not only because of the origin of the mysterious minerals but because the ancient necklace was manufactured in 3200 B.C., almost two thousand years before the iron casting technique was developed, proving one more time that the Ancient Egyptian civilization was extremely advanced having developed techniques that were reinvented by ‘modern’ society thousands of years later.

In an interview with Culture24, Professor Rehren said: ‘The really exciting outcome of this research is that we were for the first time able to demonstrate conclusively that there are typical trace elements such as cobalt and germanium present in these beads, at levels that only occur in meteoritic iron.’

The study allowed researchers to understand for the first time ever, the internal structure of the beads revealing how they were created, showing an extremely advanced knowledge and skill of metal work.

A gift from the ‘Gods’

‘The sky was very important to the ancient Egyptians,’ said Joyce Tyldesley, an Egyptologist at the University of Manchester, UK, and a co-author of the paper on the discovery.

‘Something that falls from the sky is going to be considered as a gift from the gods.’

Dr. Tyldesley added: ‘Today, we see iron first and foremost as a practical, rather dull metal. To the ancient Egyptians, however, it was a rare and beautiful material which, as it fell from the sky, surely had some magical/religious properties.