We all know that Antarctica was in the distant past, a very different place. With its 14.0 million square kilometers, Antarctica is the fifth largest continent on our planet, and in other words, is twice the size of Australia.

According to research, Antarctica was not always cold, dry, and covered in ice sheets. Au contraire, during its long history, Antarctica was located farther north and experienced a tropical or temperate climate, meaning that it was covered in forests, and inhabited by various ancient life forms. What does this mean? Well… given the little we know about the life on our planet in the distant past, it is likely that people might have lived on this now, icy continent and developed as a society just like people did in Africa, Europe and Asia.

According to creation.com, the Northern Hemisphere Arctic lands are well-known for their warm-climate fossil plants and animals from the Mesozoic and early Cenozoic of the uniformitarian geological column.

“I still find the idea that Antarctica was once forested absolutely mind-boggling”,

“We take it for granted that Antarctica has always been a frozen wilderness, but the ice caps only appeared relatively recently in geological history,” told Jane Francis of the University of Leeds to the BBC.

People have speculated for a long time that Antarctica might have had “civilized” people calling it home, and if it did, in the distant past, the ancient inhabitants of Antarctica must have left behind structures; such as temples or even pyramids.

Today, Antarctica is composed of around ninety-eight percent ice which is over a kilometer thick. So imagine, if in the distant past, ancient people inhabited Antarctica when it was covered with vegetation and forests, all of their “heritage” is now buried under a thick layer of ice. Even though it is uninhabitable today and only scientists venture out to Antarctica, in the distant past it might have been the perfect place for an ancient civilization to develop.

Officially, it was in 1820 when a Russian expedition sighted a continental Ice shelf and that Antarctica was “discovered.” 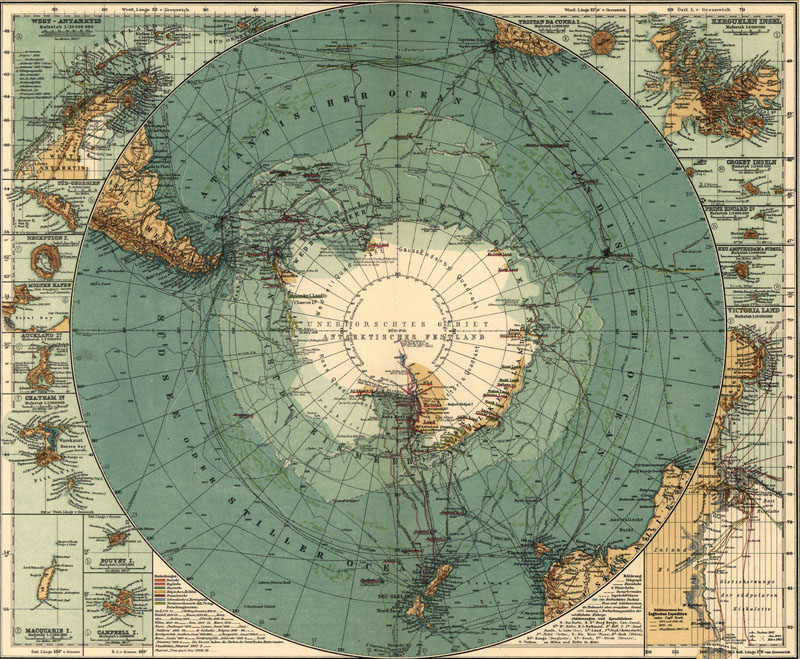 But myths and speculation about Terra Australis date back to the antiquity. Around 350 B.C. Aristotle wrote in his book, meteorology, about the Antarctic region. Marinus of Tyre, a Greek geographer, cartographer and mathematician used the name in a world map of the second century A.D.

People believed in the distant past that a landmass called Terra Australis existed; a giant continent located in the southern parts of the planet which was there to provide a “balance” for the northern lands of Europe, Asia and North Africa. This idea existed since the times of Ptolemy, first century A.D.

“Go back 100 million years ago and Antarctica was covered in lush rainforests similar to those that exist in New Zealand today,” said Dr Vanessa Bowman who works with Francis at the University of Leeds.

Expeditions to Antarctica are extremely difficult and costly. Without the proper equipment, a human beings wouldn’t last very long on this icy continent. This makes it very difficult to search for proof of ancient structures in the southern most continent on our planet. 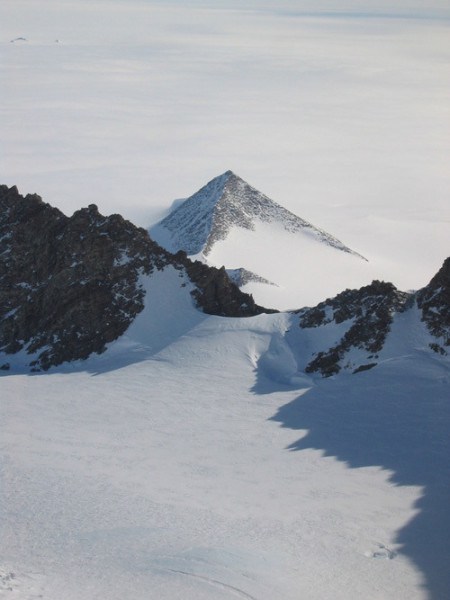 According to several websites ( voice of Russia and Science Ray), a group of European and American scientists came across pyramidal structures on Antarctica. According to an article at Scienceray.com, the team composed of 8 explorers found evidence of at least three man-made pyramids that were “peaking” through the melting ice on Antarctica. The author stated: “Can it be possible that Antarctica was once warm enough in the recent past to actually have had an ancient civilization living there? And even more perplexing is the question of if an advanced culture did develop there, are there any structures still remaining that are buried underneath the ice?

But what are these mysterious formations? Geologists who have taken the time to look at the images and data suggest that these “pyramidal” shapes are just natural formations.

But what if there are Pyramids hidden under the thick layers of ice on Antarctica? A discovery of that caliber would surely be “shocking” and change the way we look at our history forever.

Since the discovery of the so-called Pyramids on Antarctica, numerous theories have been proposed by Ufologists, Ancient Alien theorists and researchers which try to explain what these structures are.

While there are those who believe that Antarctica is home to many secret “alien” bases, others believe that the formations that were tagged as pyramids are nothing more than natural geological formations.

But just wrap your mind around the idea that Antarctica was a green continent covered with vegetation in the past. We know very little about ancient history and we come across something new that points to the fact that people have been on Earth far longer than we thought. What if, an ancient civilization did in fact develop on Antarctica in the past? What if there are structures hidden beneath the thick layers of ice? What if an ancient civilizations that is unknown to us did in fact, developed on the continent we call today Antarctica, and built a thriving civilization that inhabited the continent up until weather condition drastically changed.

While these structures that are said to be man-made structures might turn out to be nothing but interesting geological formations, it is very likely that at some point, researchers will come across actual evidence of ancient man-made structures on the icy continent. Of course for that to happen, a lot of ice would need to melt, and if ALL of Antarctica’s ice were to melt, sea levels would rise about 60 m which would be catastrophic for some coastlines on our planet.

Interestingly, according to researchers,  the Antarctic Peninsula has warmed by an alarming 2.8 degrees Celsius, which is faster than any other part of the world. This means that if this warming were to continue unabated, it is very likely that in the future we could see a “tropical” Antarctica reappear.