The Ancient Maya were one of the most advanced ancient civilisations ever to exist on the planet and it turns out that they may have mapped the planets in our Solar System over 700 years before Copernicus. 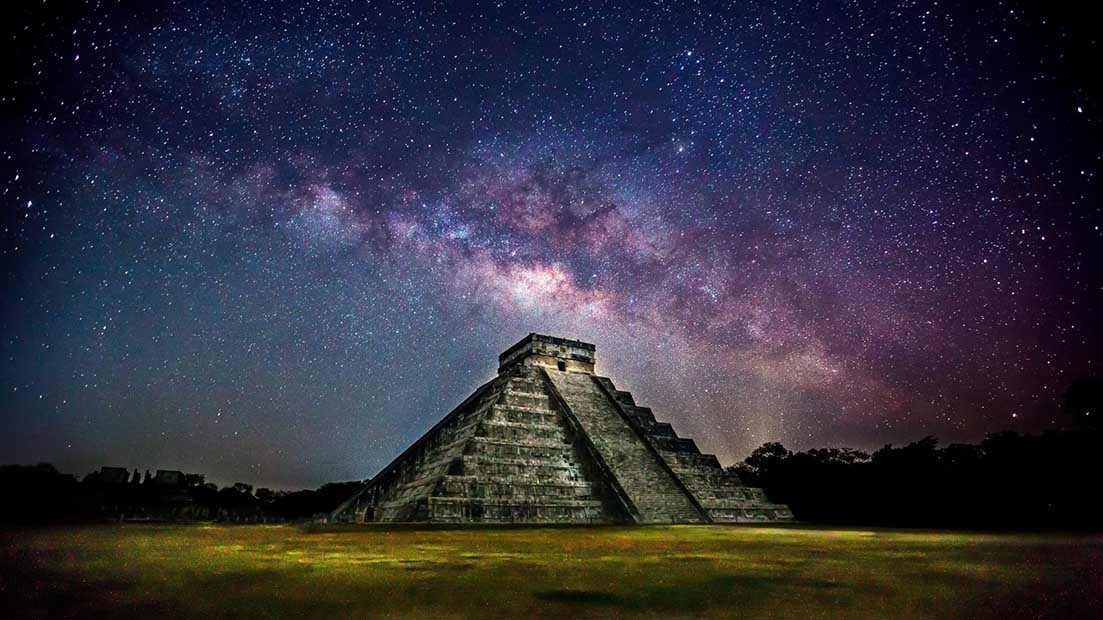 The ancient Maya excelled at agriculture, pottery, hieroglyph writing, calendar-making, mathematics and were one of the most impressive astronomers in the past.

While it is known among scholars that the ancient Maya created sophisticated celestial maps and mapped the sky with extreme precision in order to calculate the length of months and years, their astronomical achievements may have been underestimated by academics.

According to a new study, this ancient Mesoamerican civilisation was so advanced that their knowledge in astronomy rivalled that applied by famous astronomer Copernicus some 700 years later.

According to findings of a leading anthropologist, he uncovered conclusive evidence that indicates ancient Maya astronomers observed the planets in our solar system over 1,000 years ago in a way that centuries later made Renaissance astronomer Nicolaus Copernicus.

Dr Gerardo Aldana, an anthropologist from the University of California Santa Barbara, examined with great detail the Venus Table found in the Dresden Codex and offers a new interpretation of its meaning.

Dr Aldana offers an entirely different thinking suggesting that rather than simply being ordinary numerology as many researchers have claimed, the ancient text illustrates intricate astronomical observations made from Chichen Itza.

According to Dr Aldana, this type of astronomical observation may have been developed by the Ancient Maya as early as 870 A, hundreds of years before famous astronomer Copernicus came up with the idea that our sun was located at the centre of our solar system in the early 16th century.

“When you see it as a historical record, it changes the interpretation. They’re using Venus not just to chart strictly when it was going to appear, but they were using it for the ritual cycles. They had ritual activities when the whole city would come together, and they would do certain events based on the observation of Venus.”

It is well known that the Venus Table contains mathematical corrections for charting the passage of Venus across the sky in order to correct the Maya calendar. Due to the fact that Venus’ cycle is irregular —583.92 days— it requires a few corrections just like the Leap Years in the Gregorian calendar nowadays.

However, Dr Aldana indicates that the traditional interpretations of the Venus Table and the hieroglyphics present underestimate the scientific value achieved by the ancient Maya thousands of years ago.

The discoveries of Dr Aldana are published in the Journal of Astronomy and Culture.

His work indicates that the Maya performed astronomy at Chichen Itza during a very specific timeframe.

The anthropologist claims that this period of astronomical study may have occurred under the rule of K’ak’ U Pakal K’awiil, one of the most prominent rulers of the city.

“This is the part that I find to be most rewarding, that when we get in here, we’re looking at the work of an individual Mayan, and we could call him or her a scientist, an astronomer. This person, who’s witnessing events at this one city during this very particular period, created, through their own creativity, this mathematical innovation,” said Dr Aldana.

For Dr Aldana to unravel the secrets of the Venus Table, he had to analyse the hieroglyphics until he discovered a key verb, real, had an entirely different meaning than previously believed by researchers.

Dr Aldana believes that the verb was used with the meaning ‘to enclose’ both in a historical and cosmological context.

According to Dr Aldana, the similarities among the two firmly support the idea that they are historical observations.

“I’m calling it “discovering discovery”, because it’s not just their discovery, it’s all the blinders that we have, that we’ve constructed and put in place that prevents us from seeing that this was their own actual scientific discovery made by Mayan people at a Mayan city.

If you say it’s just numerology that this date corresponds to – it’s not based on anything you can see.”

“And if you say, “We’re just going to manipulate them [the corrections written] until they give us the most accurate trajectory”, you’re not confining that whole thing in any historical time.”

“If, on the other hand, you say, “This is based on a historical record”, that’s going to nail down the range of possibilities. And if you say that they were correcting it for a particular kind of purpose, then all of a sudden you have a very small window of when this discovery could have occurred.”