Is this the best image of a UFO yet? Airline...

The images were received by MUFON who is looking into the UFO sighting in order to determine what exactly the object was. According to the passenger who took the images, the UFO was probably metallic, as it reflected the sun off its surface.

Despite the fact that there are millions of people out there who firmly believe we are not the only living species in the universe, and that Earth has been visited in the distant past by advanced alien civilizations, and still is, we have failed to gather enough material to convince skeptics of that notion. 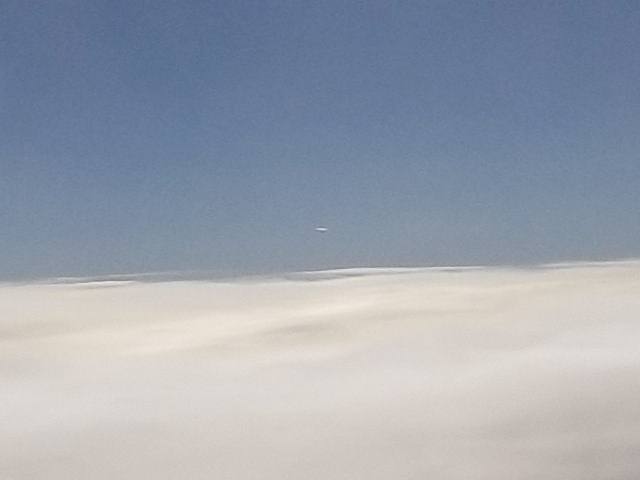 However, in recent years, a large number of images and videos have surfaced the internet showing what many believe are alien spacecraft on Earth.

One such image was captured by a passenger aboard a flight from Toronto to Edmonton. After snapping an image of the clouds, the aircraft’s wing and the sun, the passenger spotted a strange and shiny object that accompanied the airplanes line of sight for a brief moment.

It wasn’t a cloud, as the ‘metallic’ nature of the object clearly reflected the sun off its surface.

It didn’t have wings to be another airplane, and it wasn’t a helicopter.

All jokes aside, the images were sent to MUFON for further investigations. 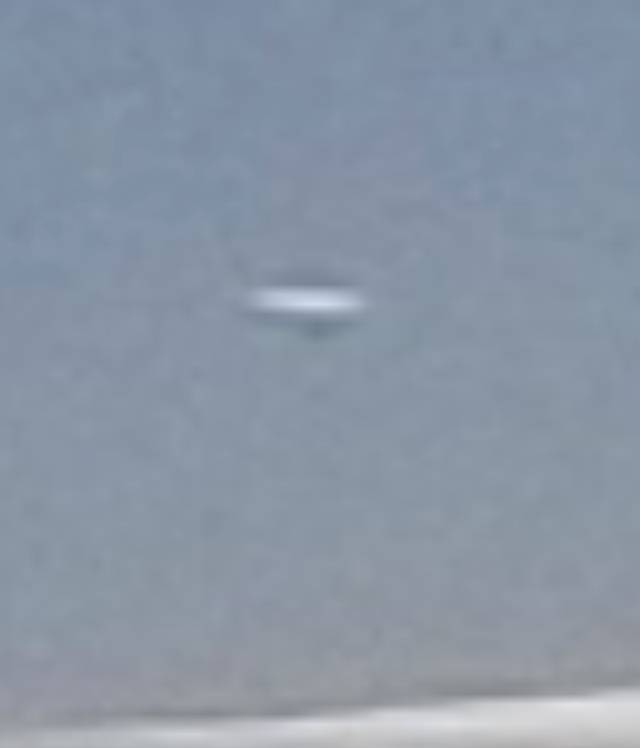 The event took place on October 19 at around 4 p.m. The photos were snapped with a Samsung Galaxy S8 + smartphone and forwarded to MUFON (a non-profit organization that investigates UFO sightings) five days later.

From Toronto, the plane took the route that crosses the border with the United States to head northwest towards Edmonton. At the time of the sighting, the witness estimates that he was over the state of Minnesota at about 40,000 feet.

A fragment of the report received by MUFON says: “We took off from Toronto at about 3 p.m. and after an hour’s travel I could see this object gleaming in the distance. I took lots of photos, even some with zoom. The object disappeared to the east and I saw no more. It left no trace behind it.”

The photos show an elongated UFO in the distance having a surface color different from that of the clouds clearly seen around it.

The witness specifies that because of the shine that the UFO seemed to reflect, “the object was probably metallic.”

He also points out that it “moved in the air” to get out of his field of vision, which rules out that it was a small cloud or trails left by another airplane.

So what do you think it is? Is this really the best UFO image ever taken? Or are there better images out there? Let us know what you think by posting your comments below.