Cassini beams back the closest ever images of Saturn

NASA’s Cassini spacecraft continues making history. As Cassini is plunging into Saturn, the spacecraft has managed to send back to Earth unprecedented, stunning images from its descent down the mysterious gap located between Saturn and its magnificent rings.

NASA notes that the first few images sent back to Earth from Cassini are unprocessed, and it is unclear what they show. 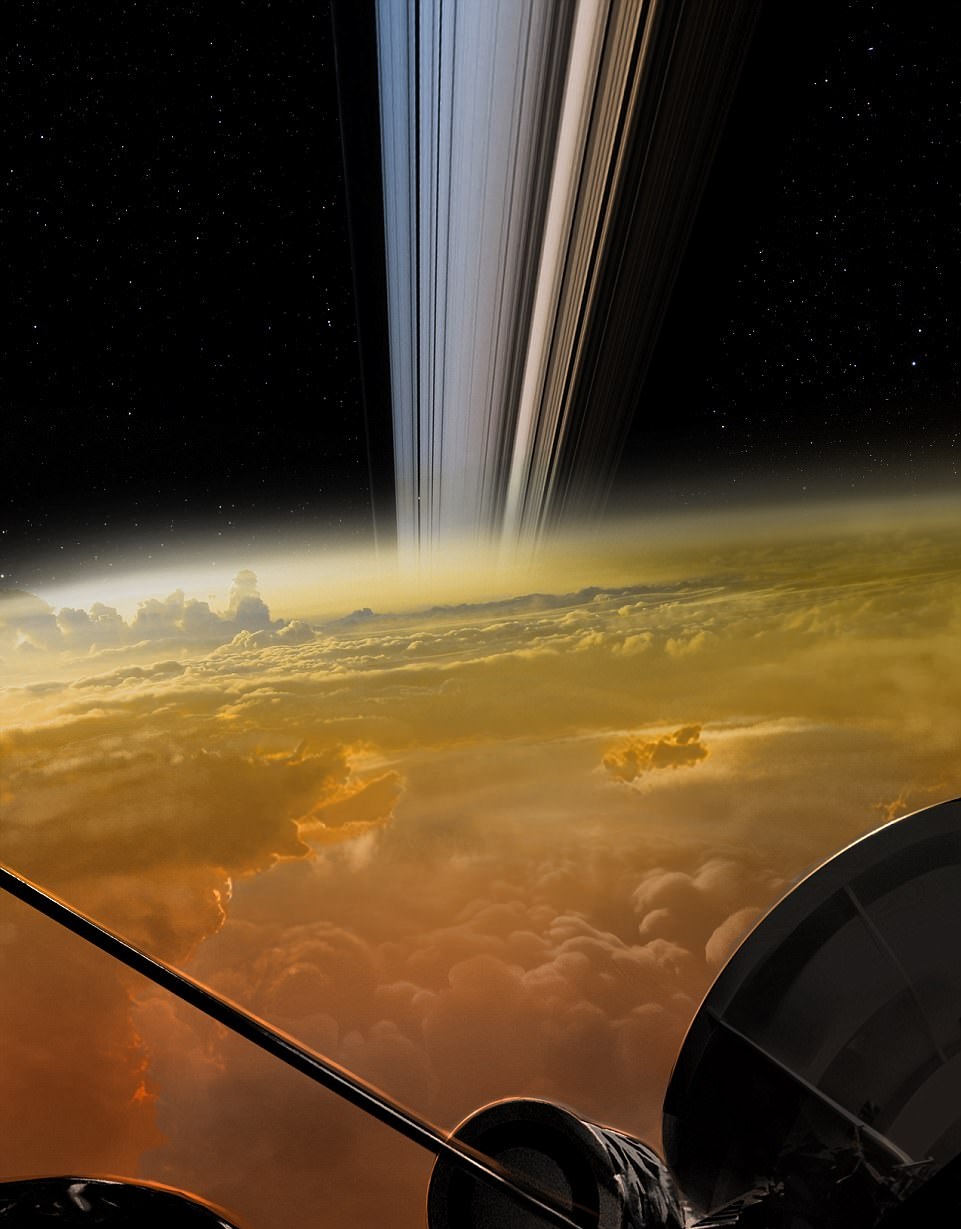 “No spacecraft has ever gone through the unique region that we’ll attempt to boldly cross 22 times,’ said Thomas Zurbuchen, associate administrator for the Science Mission Directorate at NASA Headquarters in Washington. What we learn from Cassini’s daring final orbits will further our understanding of how giant planets, and planetary systems everywhere, form and evolve. This is truly discovery in action to the very end.”

The newly received images are “our closest look ever at Saturn’s atmosphere and giant hurricane,” NASA revealed.

Cassini has begun its descent which will eventually conclude in September of 2017.

While during its daredevil dive, communications with Cassini went dark, NASA has recently announced that they’ve managed to pick up radio signals from the spacecraft thanks to the agencies 70m-wide Deep Space Network (DSN) antenna at Goldstone, California.

Using Twitter, NASA announced: “We did it! Cassini is in contact with Earth and sending back data after a successful dive through the gap between Saturn and its rings.”

Speaking about the Cassini spacecraft and its trip into Saturn, Jim Green, director of the Planetary Science Division at NASA Headquarters in Washington, said: “In the grandest tradition of exploration, NASA’s Cassini spacecraft has once again blazed a trail, showing us new wonders and demonstrating where our curiosity can take us if we dare.”

Cassini recently performed the first of its 22 dives through the unknown gap located between Saturn and its rings and has managed to beam back mind-bending images of the trip.

Earl Maize, Cassini Project Manager said: “No spacecraft has ever been this close to Saturn before. We could only rely on predictions, based on our experience with Saturn’s other rings, of what we thought this gap between the rings and Saturn would be like. I am delighted to report that Cassini shot through the gap just as we planned and has come out the other side in excellent shape.”

According to experts, the unexplored ‘gap’ between the planet and its rings is about 2,000 kilometers in width.

Cassini is speeding through the region at around 124,000 kilometers per hour and NASA has warned that given the speed the spacecraft is traveling at, small particles crashing into sensitive areas of Cassini could have disabled the spacecraft.

In order to avoid this, it used its large disc-shaped high-gain antenna as a shield from incoming ring particles. It will continue sending important data back to Earth as it makes its way into Saturn’s atmosphere.

Cassini—a 6.7-meter tall spacecraft—has faithfully been orbiting Saturn for 13 years since it reached orbit in 2004. Cassini’s mission will officially terminate on September 15 when the spacecraft will plunge into Saturn.

“The spacecraft is now on a ballistic path, so that even if we were to forgo future small course adjustments using thrusters, we would still enter Saturn’s atmosphere on Sept. 15 no matter what,” said Earl Maize, Cassini project manager at JPL.

While the spacecraft is making its way into Saturn, it will beam back more data.

“Cassini’s up-close exploration of Titan is now behind us, but the rich volume of data the spacecraft has collected will fuel scientific study for decades to come,” said Linda Spilker, the mission’s project scientist at NASA’s Jet Propulsion Laboratory in Pasadena, California.

Among its most prominent discoveries, Cassini found that some of Saturn’s moons are the most likely places in our solar system that may be home to alien life. In addition to that, Cassini has also found a global ocean hiding within Enceladus, and liquid methane seas on Titan.