Check out all End of the World Predictions from the...

Are you ready for the end of times? The End of the World?

It seems that it’s in the human nature to make predictions as to when will our world END.

Since time immemorial have we made predictions about future events and the day the world will come to an end. The end of days.

Since the 1st century CE, it seems there is written evidence to a time the world will come to an end.

However, most of these (inaccurate) predictions are in fact badly defined by supernatural predictions. They are connected to supernatural events we have no control over.

From alleged ancien calendars that predicted the end of times to comets striking Earth and nuclear disasters, there are countess predictions that have “failed” to see the world end.

Looking back into history, we have the Ragnarök—the battle between the gods which will result in the annihilation of all but two humans who will eventually repopulate the entire planet.

If we take a peek at Zoroastrianism, we will find that end of the world will allegedly occur when a comet—referred to as the Gochihr impacts our planet, causing all the metals on earth to melt, and eventually causing the entire world to incinerate.

One of the earliest written events can be found in Early Christianity: The Second Coming, when Jesus Christ will return to earth in fulfillment of His promises and to fulfill the prophecies made about Him. It is believed how Revelation chapters 6-18 describe the end times prior to the Second Coming of Christ. The world will be devastated, millions of people will perish, and the most evil person in all history will be ruler of the entire world.

Around the 7th century. Muslims believed in the so called Qiyamah—the Last Judgement—during which time Jesus Christ will arrive to Earth, end all war and kill the antichrist— ad-Dajjal. All people shall be resurrected and shall be judged by God. 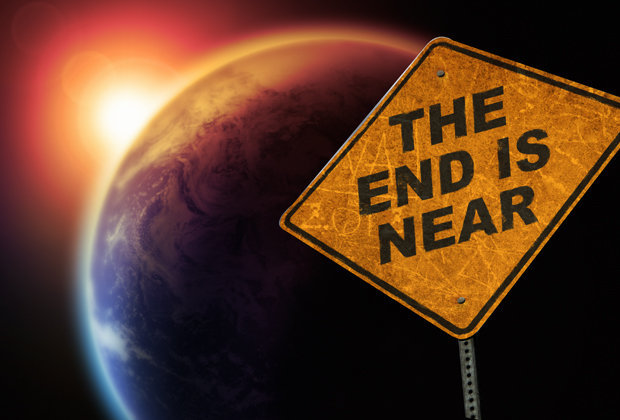 In the 1500’s, an Italian painter called Sandro Botticelli thought he was living during the End Times, according to an inscription on his painting The Mystical Nativity.

In the 18th century:

Jacob Bernoulli said that a comet seen in 1680 would one day return to Earth, impact it causing the end of times. Said comet has never been seen again apparently.

In the 19th century:

William Miller—an American Baptists preachers said the world would end in 1843, and in 1844.

Edward Bishop Elliott, a Victorian Biblical scholar said how the world would come to an end 1895, then in 1941.

When in 1910 Halley’s Comet tail crossed Earth, people thought the world would end as the planet would be “gassed” by cyanogen gas. Ugh…

According to William Branham in 1977 the destruction of the U.S., would occur and termination of all governments into a world government, and the Second Coming. (The Seven Church Ages)

According to Pat Robertson— former Southern Baptist minister who advocates conservative Christian ideals—the world would come to an end in 1980:  “A year of sorrow and bloodshed that will have no end soon, for the world is being torn apart, and my kingdom shall rise from the ruins of it.”

In 1990, Elizabeth Clare Prophet an American Spiritual Leader, author, orator, and writer said the world would come to an end, a Global thermonuclear war…

In 1991, Louis Farrakhan—an American religious leader, African-American activist, and social commentator—thought the world will end when he said the Gulf War would be the “War of Armageddon which is the final war.”

According to some interpretations made by Nostradamus, the world would end in 1999. It didn’t thankfully.

The same year, in 1999 people thought the world would come to an end as Nibiru was supposedly on a collision course to earth.

Also in 2000 Y2K was supposedly said to trigger the end of the world.

In the 21st century:

In 2003 according to Zeta Talk, the world would come to an end, again due to Nibiru.

It is said that Isaac Newton predicted the end of times and said that it would occur in 2013.

Between 2014 and 2015. According to John Hagee,—Senior Pastor of Cornerstone Church in San Antonio— A tetrad of lunar eclipses (or commonly referred to as blood moons) will signal the beginning of the end times.

During the time of Pope Francis, the pope who succeeded Pope Benedict XVI, it is said that mediaeval Saint Malachy—an Irish saint and Archbishop of Armagh—supposedly predicted how Peter the Roman (Petrus Romanus) would be the last pope, Rome would be destroyed.

A Solar Flare in 2015 was predicted to create havoc on Earth, some thought the planet would be fried.

In 2016, Pastor Richardo Salazar said to have received a message from God that a MASSIVE asteroid—9km in diameter—composed of ice, traveling at 30,000km per hour would strike Earth killing millions.

The 2012 end of the Mayan calendar doomsday never occurred, but some said that it’s because we calculated wrong and that the event would unfold in 2016.

According to David Meade—a research scientist, holding a master’s degree in statistics—the world will end in October of 2017, when Nibiru collides with Earth.

Starting 2017, and lasting until 2117, Earth will face a hundred years of killer asteroid strikes according to experts. 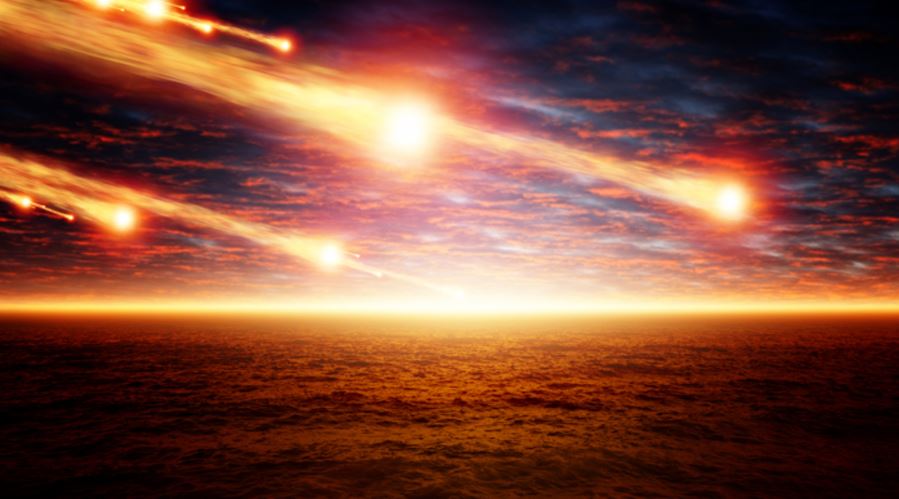 Bob Geldof claims that world will end after a MASS EXTINCTION EVENT sometime around 2030.

Russian scientists warn how in 2035, killer asteroid will impact Earth. Furthermore, the odds of a catastrophic collision can be estimated only 22 years from now.

In 2036 more asteroids pose a threat to Earth. Called “century asteroids” since they impact the Earth on average about once every 100 years they could bring doom upon Earth.

In 2106 more asteroids are on the way to impact earth apparently. Killer asteroid to hit Earth in 2106.

Ugh… more asteroids people. In 2880, according to Seeker an asteroid could wipe out life on Earth. First discovered in February 1950, 1950 DA is a 1.1-kilometer-wide asteroid that could impact Earth and destroy it.

By 11103, the Doomsday argument suggests there is a 95 percent chance that the human species will go extinct.

What are your thoughts? it seems that as time moves forward we’re worried about astorids and comets imapcting Earth, more than we are about religion and religious writings. Oh and, there aren’t any aliens in the list, appart from nibiru, the alleged home of the Anunnaki.