Did you know? The Largest Sphinx in Europe is located...

Did you know there is a mysterious Sphinx located in Croatia; it is the largest Sphinx in Europe and the story behind it will make you want to  travel there and see it. 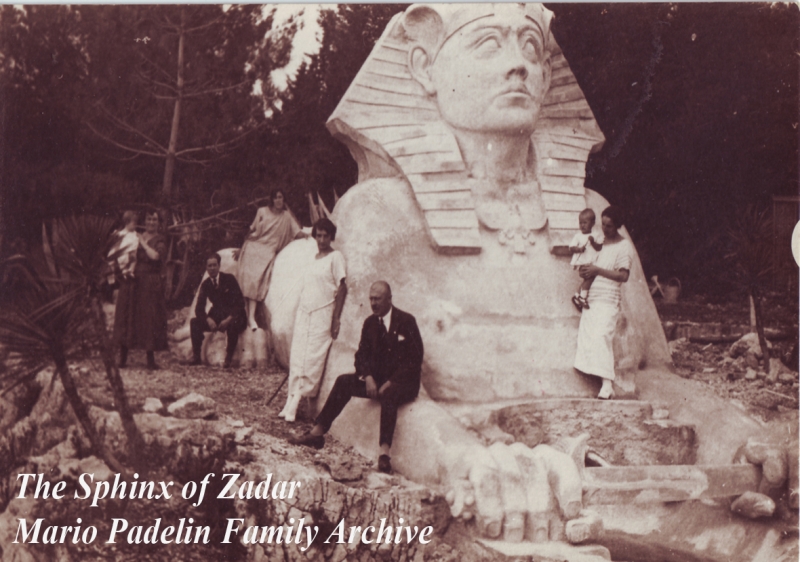 While the most famous and important Sphinx is located in Giza Egypt, the truth is there are many Sphinx scattered across the globe. One of them is found in Croatia and there is a fascinating story behind it.

This beautiful Croatian coastal city has become the center of tourism in the last couple of years, and the fact it has the largest Sphinx in Europe makes this city even more appealing for tourists who are rushing to Zadar.

It turns out that the biggest Sphinx in Europe is located in modern-day Croatia, Zadar.

While there are numerous monuments and ancient structures located in Dalmatia, if you ever travel to Zadar, Croatia be sure to check out the Sphinx.

Anyway, the story behind the ‘Croatian’ Sphinx is fascinating, to say the least.

The Sphinx of Zadar if you decide to explore the Dalmatian city visiting Brodarica from Zadar’s old town. Once there getting to the Sphinx is a piece of cake, you can take the Bar Kajoli boat ride which will offer you a chance to see the most prestigious parts of the city.

Before you spot the enigmatic monument, you will notice countless ancient villas that were erected in the Belle Époque period with incredible architectural designs and breathtaking gardens.

However, one of those villas is like no other villa in Zadar or Europe for that matter. Located in the Bay of Maestral, a villa which dates back a hundred years, is the villa that hosts the largest Sphinx in Europe – The Dalmatian Sphinx.

Called Villa Attilia, this beautiful residence was constructed in 1901 by local historian and artist Giovanni Smircich who obviously loved Ancient Egypt and its history.

As it turns out, Smircich was one of the most prominent citizens of 19th century Zadar. The story behind the Sphinx is fascinating and stats while Smircich was studying abroad in Venice where he met his wife, Attilia Spineda de Cataneis. They fell in love, got married and moved to Dalmatia where they had five children.

According to what we have been able to learn, both his wife and Smircich were fascinated with the occult and is one of the main reasons why their garden was decorated with extremely interesting elements which were not seen in any other villa.

Oh, and yeah before I forget, the Sphinx of Zadar will have its 100th birthday very soon.

As it turns out the majestic Sphinx of Zadar was ordered to be built in 1918 after Smirich’s wife died. The Sphinx was built as a memorial to his wife and is very similar to the one found in Egypt, except for a few details.

The Sphinx was created of concrete and has human hands instead of paws. The Sphinx was built as if it were protecting what seems to be a small goldfish. In front of the Sphinx was a pond which has long dried out.

For decades it was said that there was a buried treasure located beneath the Sphinx and many have tried searching, but without luck.

The mysterious Sphinx of Zadar also has hieroglyphic inscriptions which so far no one has been able to decipher.

If you ever decide to take a trip to this beautiful Croatian city don’t forget to visit the Sphinx and make a wish.  It is said that this majestic statue will grant wishes.