Does this video prove NASA is keeping Alien Civilizations hidden...

Does this incredible video prove NASA and other space agencies are keeping knowledge of Alien Civilizations hidden from the general Public? 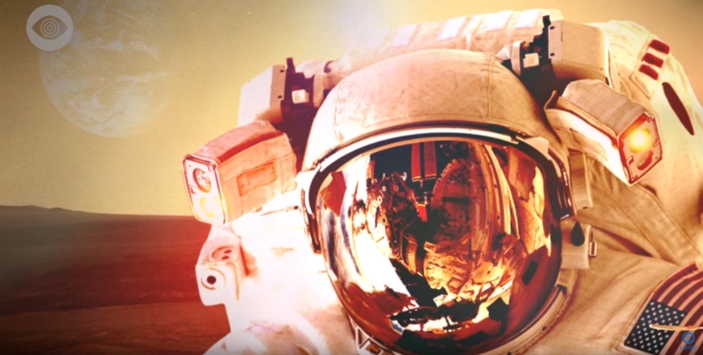 (Scroll down for video)

In the last couple of years, an amazing amount of highly ranked officials has come forward speaking about Alien life and the existence of Unidentified Flying Objects which did NOT originate on Earth. While many people have spoken out about the existence of alien life, and that it is very likely that aliens exist somewhere out there, in the vast cosmos, it is noteworthy to mention that a sheer amount of astronauts has come forward speaking about unusual sightings that occurred in space.

But not only have astronauts reported incredible accounts while in space, but people that worked for NASA in the past have also come forward saying that the National Aeronautics and Space Administration (NASA) has tried very hard to keep the general society from finding out we are not alone in the universe. Many argue that this would cause a massive uproar around the planet, changing everything we know about our origins, religion, society and civilization in general.

Among the more notable attempts of disclosure, we look back at 2006 when Coast-To-Coast AM radio received a strange dial-in. A woman called ‘Jackie’ called the station claiming that she had worked for NASA in 1979 when she witnessed a massive government cover-up. ‘Jackie’ argued that not only is NASA aware that there are other Alien civilizations out there, but she claimed to have seen human colonies on the surface of Mars. Jackie allegedly worked on the Viking Project, the first American mission to land on Mars. According to the former NASA employee, cameras of the Viking Lander revealed humanoid figures on the surface of the red planet. She claims that her superiors immediately locked the view preventing further information leakage. The event was never spoken of again. While Jackies claims are nearly impossible to verify and are considered a major hoax among many, Jackie is not the only person to have come forward suggesting there is more to NASA, Aliens and space that what governments are telling us.

However, there is a fascinating information linking NASA to a massive cover-up. According to a hacker who is facing a ten-year legal battle after breaking into NASA computers, the United States has a fully operational fleet of Space Warships. Gary McKinnon firmly believes that he came across the ultimate information that proves the US have a secret space program operated by the navy with fully operational warships that operate in Space.

Gary McKinnon is accused of mounting the biggest ever hack in the history of the United States by breaking into the computers of the Army, Air Force, Navy and NASA.

Further disclosure attempts come from an alleged former marine known as Captain Kaye (nickname). According to the former Marine, not only did he spend years on Mars, but he also served aboard a giant space carrier for three years. He worked for the Mars Defense Force (MDF) which is owned and operated by the Mars Colony Corporation (MCC) which is basically a conglomerate of financial institutions, government, and tech companies.

Whether or not these people have actually witnessed something beyond fascinating, part of a major cover-up, is difficult to tell. The truth is that countless astronauts, government officials, and military officials have spoken out about Alien lifeforms and Unidentified Flying Objects in the last couple of years. While many people believe, these are inaccurate statements, millions of people around the world believe in the idea that we are not alone in the universe and that the entire population of planet Earth has been tricked into thinking we are alone in the cosmos.