Today, in modern society we will find that there is a worldwide debate going on about extraterrestrial life.To summarize it, there are people who believe that we have been visited in the past by extraterrestrial beings, and there are those who firmly disagree, suggesting that we are the only intelligent species in the universe.

Given the fact that the universe is SOO big, it’s hard to even imagine that life only came into existence –miraculously— on Earth. 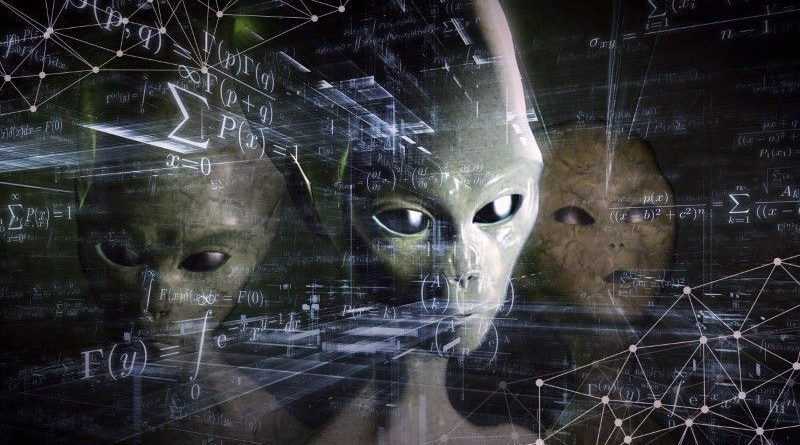 This of course, isn’t the entire number but just one segment of the entire picture since we can only observe parts of the universe that are within 13.7 billion light-years of earth.

As noted on SCSB, this is due to the fact that the big bang occurred about 13.7 billion years ago. Thus, w make observations about distant stars by measuring the light that reaches earth and satellites that we have in space.

Light from stars farther than 13.7 billion light-years away has not had time to reach us yet. The universe must be much bigger than the universe that we can observe at this time, therefore there may be many more stars out there.

After realizing how big the universe really is, we turn to the Alien question.

In the past, numerous scientists, military officials, and whistleblowers have come forward speaking about UFOs and alien visitations to Earth.

The debate about Alien life isn’t something new to modern times, as a matter of a fact, since recorded history, people have asked what if somewhere out there is life similar to that on Earth. “To consider the Earth as the only populated world in infinite space is as absurd as to assert that in an entire field of millet, only one grain will grow.” – Metrodorus, Greek philosopher of the fourth century B.C.

One of the most interesting comments regarding extraterrestrial life comes from former Canadian defense minister, Paul Hellyer.

Mr. Hellyer has said that here are more than 82 known alien species who have visited Earth. It is claimed that a wealth of information about these extraterrestrial species is contained in highly-classified documents used as training manuals or guides for military and intelligence personnel. The documents reveal that many of the known species, such as the Alpha-Draconians or Reptilians, have been living on Earth long before the human race.

Comments made by Mr. Heller are backed up by many other scientists, military officials, and whistleblowers.

One of our favorite quotes comes from Dr Brian O’Leary, a former NASA Astronaut and Princeton Physics Professor:

In addition to the above, a very interesting video about alien life and alien visitations is the one posted below, where Steven Macon Greer –a retired medical doctor and ufologist, founder of the Center for the Study of Extraterrestrial Intelligence (CSETI) and The Disclosure Project— speaks of the various types of aliens. The interview was made in 2010.

What do you think about alien life and the above comments?