Another discovery that forces us to rewrite history. The first humans arrived in North America through the Bering Strait 10,000 years earlier than previously thought, according to a new study by researchers from Canadian and British universities.

The first human settlement in North America, dated 14,000 years ago, is now believed to be at least 24,000 years old, or in other words, it dates back to the height of the last glacial period, says a group of researchers from universities in Canada and United Kingdom, reports Phys.org.

This conclusion is based on the study of objects found by archaeologist Jacques Cinq-Mars at the Bluefish Caves in northwest Canada between 1977 and 1987. At that time, the researcher applied radiocarbon dating to animal bones to elaborate the daring hypothesis that humans inhabited the region some 28,000 years ago. The theory was rated by the scientific community as highly controversial because of the absence of other sites of similar antiquity and the lack of evidence that indicates the presence of horse bones, mammoth, bison and reindeer in the Bluefish Caves was due to human activity.

Lauriane Bourgeon a doctoral student at the Faculty of Anthropology at the University of Montreal, has studied about 36,000 fragments of bones and has found indisputable traces of human activity. Furthermore, around twenty or more bones showed likely traces of the same type of activity. 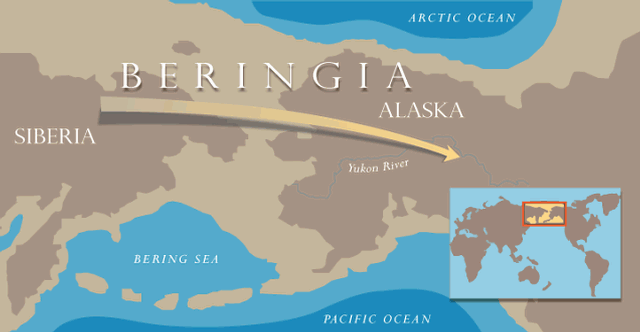 “Series of straight, V-shaped lines on the surface of the bones were made by stone tools used to skin animals,” said Ariane Burke a professor in Université de Montréal’s Department of Anthropology. “These are indisputable cut-marks created by humans.”

In order to find out more, Bourgeon submitted the bones to further radiocarbon dating. The results were amazing. The oldest fragment, a horse mandible showing the marks of a stone tool apparently used to remove the tongue, was radiocarbon-dated at 19,650 years, which is equivalent to between 23,000 and 24,000 cal BP (calibrated years Before Present) writes Phys.org.

“Our discovery confirms previous analyses and demonstrates that this is the earliest known site of human settlement in Canada,” said Burke. It shows that Eastern Beringia was inhabited during the last ice age.”

Furthermore, Professor Burke states that studies in population genetics have demonstrated that a few thousand people lived in isolation from the rest of the work in Beringia 15,000 to 24,000 years ago. (Beringia is a vast region stretching from the Mackenzie River in the Northwest Territories to the Lena River in Russia.)

“Our discovery confirms the ‘Beringian standstill [or genetic isolation] hypothesis,'” she said, “Genetic isolation would have corresponded to geographical isolation. During the Last Glacial Maximum, Beringia was isolated from the rest of North America by glaciers and steppes too inhospitable for human occupation to the West. It was potentially a place of refuge.”

Provided by: University of Montreal