FOUND: A lost gate from a biblical city in the...

Biblical cities fascinate billions of people around the world, so when an archaeological dig uncovers a crucial piece of one of those cities, such as the lost gate of Bethsaida, we get much closer to understanding the biblical world so many have read about.

Every year, thousands of Christians visit Jordan Park in the Golan Heights to tour the city ruins of Bethsaida, once known as the city of Zer belonging to the Tribe of Naphtali.

The Tribe of Naphtali is considered one of the ten lost tribes of Israel and the city of Zer is mentioned in the Book of Joshua. Joshua 19:35 says: “The fortified towns were Ziddim, Zer, Hammath, Rakkath, Kinneret.”

Between 1050 BCE and 930 BCE, Zer was part of the united First Kingdom of Israel, which, according to biblical accounts had been ruled by King David.

For 32 years, a team of archaeologists from around the world led by Professor Rami Arav of the University of Nebraska have been excavating the site at Bethsaida. And now the team has uncovered the lost gate of the city that existed during the time of King David. 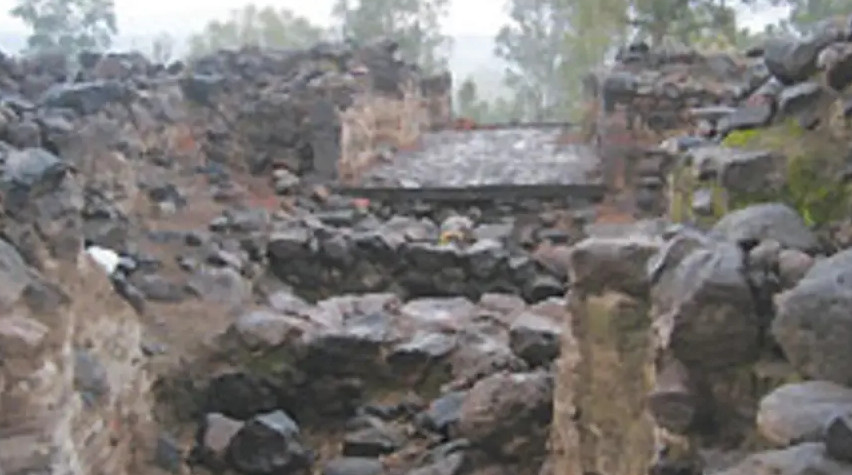 “There are not many gates from capital cities in this country from this period,” Arav told the Jerusalem Post. “Bethsaida was the name of the city during the Second Temple period, but during the First Temple period it was the city of Zer.”

Bethsaida is a very important city in the Bible. It is where Jesus allegedly performed many miracles and several apostles are from there, making it a place where thousands of Christians visit as part of an annual pilgrimage.

The unique thing about the site at Bethsaida is that it has been untouched by modern construction and was not built over again and again like other ancient cities in the region.

Arav said that these types of excavations are difficult in places like Jerusalem, because researchers need to get permission from landowners as well as the government to excavate these sites. In addition, other ancient cities, such as Damascus, have been destroyed and rebuilt multiple times in the past, making it difficult to connect inferences in what actually happened there during these time periods. Bethsaida is an almost untouched archaeological heaven for getting the real story about what happened during the times of the Hebrew Bible and the Second Temple period.

“Bethsaida is a unique example of a capital city from the 11th-8th century BCE that is available for archaeological research, as there has been no disturbance to this site,” said Arav.

However, it appears the city may have only been allied with the kingdom of David because researchers found evidence that it was part of the kingdom of Geshur, making it an Aramaic city. King Geshur is David’s father-in-law.

Findings presented by the researchers point to the possibility that Bethsaida was not an Israelite kingdom but instead an Aramaic one. Within the city limits of Bethsaida, there was a stone stele bearing the image of their bull-shaped moon god, which dates back to the 11th century BCE. The rare stone stele dating back to the kingdom of Geshur was unearthed in the archaeological excavation.

Regardless, the discovery shows that Bethsaida and Jerusalem were similar cities at the time, so excavations are not only teaching us about Bethsaida but about Jerusalem as well.

Perhaps more than any other period in human history, biblical history is of the most interest to archaeologists because excavating these sites offers a chance to find something extraordinary that could confirm or even disprove a story told in the Bible.

One story that has been recently proven is from the Book of the Maccabees, which features several biblical battles fought between competing rulers in Israel that culminated in a bloody siege at a Hellenistic fortress at Dor between 145-138 BCE. The fortress eventually fell into ruins and was lost under the sea for two millennia until researchers discovered it while excavating sand off the Israeli coast.

The discovery offered insights into how biblical battles were fought and how fortresses were built and used. An outer wall and an inner wall of the fort formed a kill-zone in between that penetrating armies soon regretted entering.

Just as finding the fort had much to teach scholars, finding the lost gate at Bethsaida teaches us about urban planning during biblical times and how cities were built, giving us insight into a region that has witnessed thousands of years of human history.

And these findings are just the tip of an iceberg that remains largely hidden as archaeologists continue their search to find clues to our past that have been lost to us for several centuries, keeping us on the edge of our seat until the next great discovery.