Found! Secret Essay on alien life written by Churchill in... 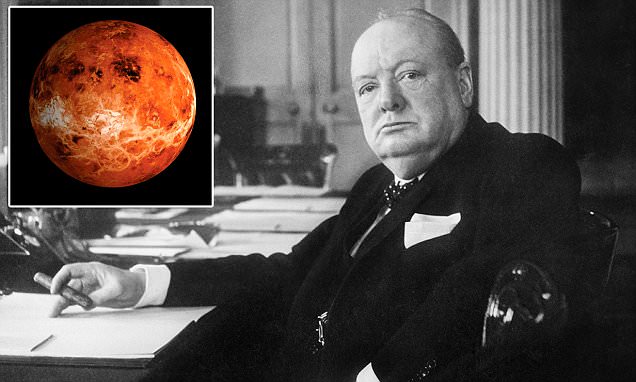 I, for one, am not so immensely impressed by the success we are making of our civilisation here that I am prepared to think we are the only spot in this immense universe which contains living, thinking creatures, or that we are the highest type of mental and physical development which has ever appeared in the vast compass of space and time…—Winston Churchill

Written in 1939, and titled, “Are We Alone in the Universe?” Churchill’s essay correctly predicted—decades ago—that large numbers of stars and how they could have numbers of planets. Churchill’s essay builds on the ‘Copernican principle’ – the idea that, given the vastness of the universe, it is hard to think that humans on Earth represent something unique and that we are alone.

Furthermore, the wartime hero correctly identified the importance of liquid water for alien life to survive, one of the main guidelines used by scientists today in search for alien life.

Unlike many modern-day politicians, Winston Churchill had a keen interest in science and the unknown.

The rediscovery of several documents that remained in oblivion for about 40 years shows that the British politician was extremely interested in the study of the cosmos and was SURE that other advanced civilizations existed elsewhere in the universe and that ours was not the most advanced of them all.

Interestingly, recently declassified documents also revealed that Churchill ordered that reports of UFO sightings should be kept secret in 1952 to avoid public panic.

In addition to being a politician, historian, and great speaker, Winston Churchill (1874-1965) was really into science.

In an essay–which was never published—written months before the outbreak of World War II, the British politician spoke of the immensity of space, the existence of millions of stars with their planets and the conditions they should meet to accommodate life.

I am not sufficiently conceited to think that my sun is the only one with a family of planets.—Winston Churchill

Churchill’s essay builds on the ‘Copernican principle’ – the idea that, given the vastness of the universe, it is hard to think that humans on Earth represent something unique, and that we are alone.

Interestingly, several years before today’s search for water on Mars, Churchill correctly identified the ‘Goldilocks zone’, writing that ‘life could survive only in temperatures between a few degrees of frost and the boiling point of water’.

He explains how Earth’s temperature is fixed by its distance from the Sun. Churchill also considers the ability of a planet to retain its atmosphere, explaining that the hotter a gas is, the faster its molecules are moving and the more easily they can escape. Consequently, stronger gravity is necessary to trap gas on a planet in the long term.

The essay was passed to the US National Churchill Museum in Fulton, Missouri in the 1980s, where it was unearthed by a museum director and is published in the journal Nature.

Churchill’s essay concludes that Mars and Venus are most likely to be the only planets in our solar system—apart from Earth—capable of sustaining life. Churchill eliminated the outer planets (too cold); Mercury (too hot on the sunny side and too cold on the other); and the Moon and asteroids (their gravities are too weak to trap atmospheres).

With hundreds of thousands of nebulae, each containing thousands of millions of suns, the odds are enormous that there must be immense numbers which possess planets whose circumstances would not render life impossible.—Winston Churchill.