Has The Fountain Of Youth Been Discovered?

Has the fountain of youth been discovered? Well according to some researchers it has been discovered but it is very complex, and we can learn a lot of from this place. Over the valley of the Hunza River at the border between India and Pakistan there is a place referred to as the ‘oasis of youth’, and it can brag about it with more than one reason: its inhabitants live on average of 120 years, they rarely get sick and their overall appearance is invariably young. Amazing right? Well according to the people who enjoy incredible longevity, everyone can adapt and live like them.

With respect to neighboring nations, the people of Hunza are highlighted by a face very similar to Europeans; this can be attributed to the fact that researcher and their mythology suggests a Greek/Macedonian heritage. The people of the region believe to be descendants of soldiers who traveled to the region with Alexander the Great’s army in the 4th century BC. But there might be much more to this region than what is believed, the local legend states that Hunza may have been associated with the lost kingdom of Shangri-La.

The Hunza or Hunzakuts have developed their very own language which is called the Burushaski and is unlike any other in the world. These people also have a peculiar religion, and even though it is related to Islam; it has its differences. The religion is called Ismaili. Yet the most striking aspect of this small nation is its extraordinary ability to stay ever young and healthy. Its inhabitants take baths in icy waters 15 degrees below Celsius, their inhabitants are able to play sports at the age of 100, and women over 40 have the appearance of a teenager, but there are more extraordinary features to these people, it is common for a woman to give birth at age of 65.

Scientists have been in awe of these peculiar characteristics that make them unique in the world, and some believe their ability to stay young and healthy is mainly due to their diet. During the summer, people are fed with raw fruits and vegetables, while in the winter, they eat dried apricots, sprouted beans and pecorino.

Robert McCarrison, a Scottish physician, was the first to analyze, research and describe the inhabitants of the so called ‘Happy Valley’. Dr McCarrison emphasized that the hunza consume virtually no protein. But their average intake of calories is relatively high, where they eat up to 1900 calories in a day; this high calorie diet includes 50 grams of protein, 36 grams of fat, and 365 grams of carbohydrate. Could this be their secret? Well scientists cannot be sure about the exact cause of what keeps these people so vital and youthful. 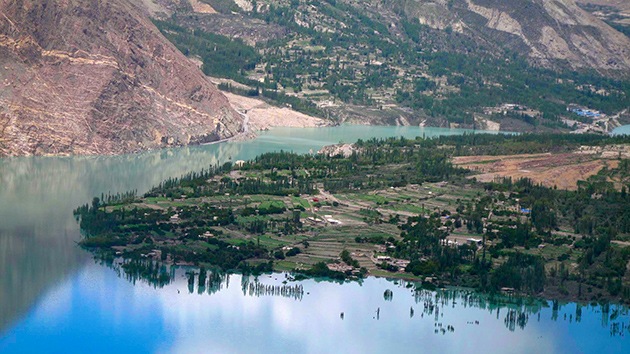 Dr. McCarrison believes much of their peculiar characteristic can be attributed to the diet; which allows the remarkable longevity of the nation. With respect to the neighboring countries, who share the same weather conditions, there are numerous differences mainly in the way of life. One of the biggest differences is what the people actually eat; it is drastically different. This special diet allows the Hunza to live a life literally without disease and have a life-expectancy twice as high when compared to neighbor countries. Some of the most valued food of the Hunzakuts is barley, millet, buckwheat and wheat.

The people of the Hunza nation have not been hiding their “secret”, on the contrary, they actually recommend  a vegetarian diet, work and a habit of doing sports. Moreover, they add that, among many other benefits, with this lifestyle you can alwaysbe in good mood, without tension or stress.