Among the recently discovered alien world, experts have found a planet dubbed as K2-155d, which is 1.6 times the size of our planet and orbits its star in the so-called Habitable Zone, some 200 light years away.

The finding was made by astronomers led by Teruyuki Hirano of Tokyo Institute of Technology’s Department of Earth and Planetary Sciences.

This discovery proofs that red dwarfs are a good bet when looking for potentially habitable planets. 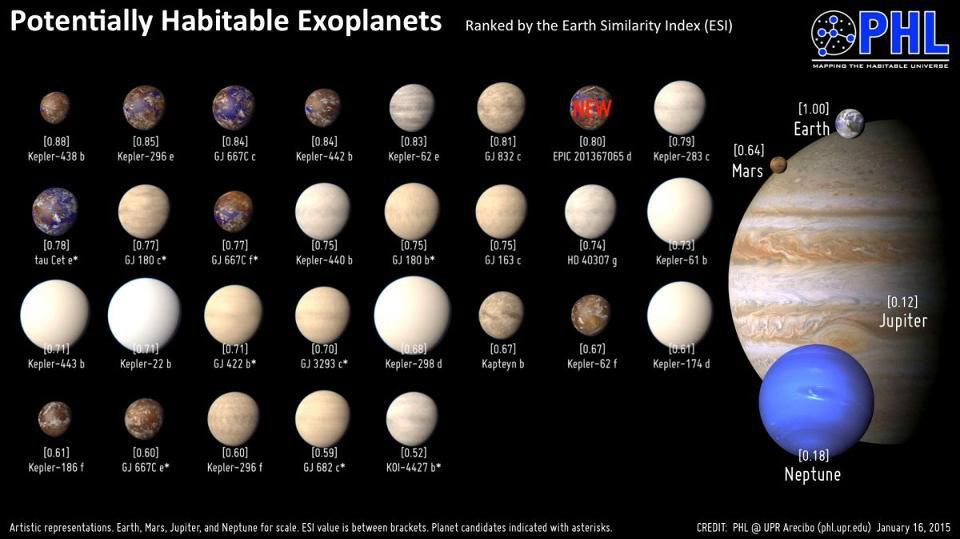 In the past, astronomers avoided searching for alien life and Earth-like planets around red dwarfs because habitable zones around these stars are small. Astronomers were convinced that any worlds orbiting red dwarfs would be so close to the stars that one side would constantly face the star, which could make one planet’s extremely hot while the other side would be freezing cold and dark, meaning that life would have to develop under extremely difficult conditions.

Three-dimensional global climate simulations captured by data from NASA’s Kepler probe indicate that the surface of that super-earth could host water.

However, to affirm with certainty that this alien world is habitable, astronomers will have to make a more accurate estimate of the radius and temperature of K2-155.

“In our simulations, the atmosphere and the composition of the planet were assumed to be Earth-like, and there’s no guarantee that this is the case,” said Dr. Hirano.

Even if we do find that there’s liquid water on the surface of the planet, reaching it with today’s technology is impossible.

However, future generations of super-fast spacecraft could allow tomorrow’s astronomers to visit the planet without issues.

As of now, the fastest spacecraft conceived b mas is the New horizons prove, traveling at staggering 51,500 kilometers per hour.

With this speed, it would take 4 million years for New Horizons to reach K2-155d.

Scientists say that Red Dwarfs are the most common type of stars in our galaxy.

These small and relatively cool stars are often not observed due to their luminosity, and from Earth, not a single Red Dwarf is visible to the naked eye.

The nearest Red Dwarf to earth is Proxima Centauri.

“It’s important to note that the number of planets around red dwarfs is much smaller than the number around solar-type stars,’ said Dr Hirano. Red dwarf systems, especially coolest red dwarfs, are just beginning to be investigated, so they are very exciting targets for future exoplanet research.”

Dr. Hirano, as well as other astronomers around the globe, look forward to the launch of NASA’s Transiting Exoplanet Survey Satellite (TESS) in April 2018 which will hopefully prove a good tool for astronomers allowing them to spot many more potentially habitable planets in our galaxy.

“TESS is expected to find many candidate planets around bright stars closer to Earth,’ said Dr. Hirano. This will greatly facilitate follow-up observations, including investigation of planetary atmospheres and determining the precise orbit of the planets.”