Here Are 10 Of The Most Remarkable Ancient Temples Ever...

Thousands of years ago, ancient cultures around the globe erected some of the most amazing structures on the surface of the planet.

Some of these structures are engulfed in mystery, as they defy everything we have been taught about ancient cultures.

From laser-like cuts to supermassive blocks of stone weighing up to one hundred tons, these incredible ancient structures prove that our ancestors were far more advanced than what we are crediting them for.

Join me on this journey while I explore ten of the most remarkable temples ever built on Earth.

The Konark Sun Temple. This ancient temple located in Orissa, India was built by King Narasimhadeva I of Eastern Ganga Dynasty in 1255 CE. I find this temple beyond stunning as it features a number of intricate design details that will make your jaw drop.

The temple itself was shaped like a gigantic chariot, but its breathtaking design elements are the smaller ones, like the elaborately carved stone wheels, pillars, and walls. A major part of the structure is now in ruins.

Another temple, perhaps equally stunning is the so-called Brihadeeswarar Temple dedicated to Lord Shiva and commissioned by Raja Raja Chola I. The temple was completed in 1010 CE. This temple is located in the Indian state of Tamil Nadu. One of its most prominent features is the massive 40-meter-high Vimana—one of the largest in the world. The entire temple was built out of granite, and scholars have calculated that the ancients used more than 130,000 tons in its construction. The Prambanan temple compound, home to 240 rocket-like structures. This ancient temple compound is believed to have been erected during the 9th century under the Sanjaya dynasty of the first Kingdom of Mataram in the Central Java region. Prambanan is considered the most significant Hindu temple site in Indonesia, and one of the biggest in Southeast Asia. The stunning rocket-like structures are characterized by its tall and pointed architecture style, which, according to historians, are typical of Hindu architecture and by a towering 47-meter-high central building inside a large complex of individual temples. 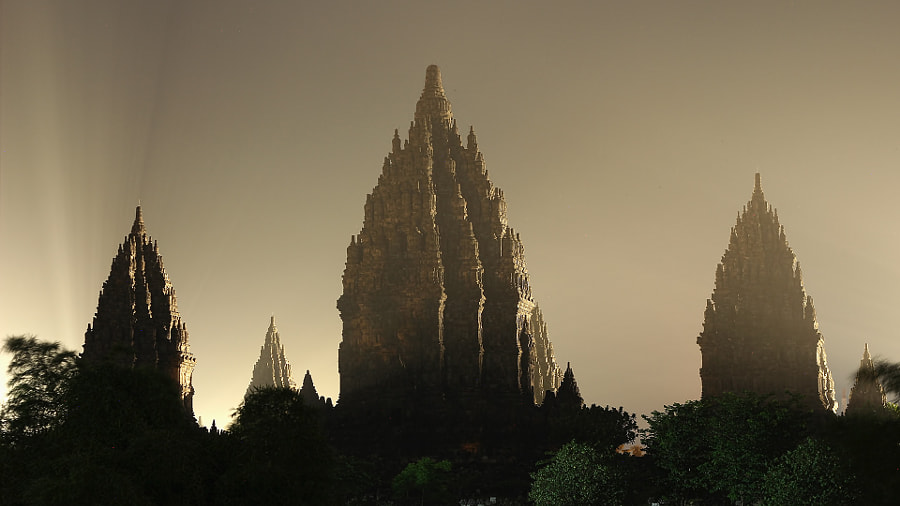 One of my favorite ancient temples is located in Ellora, Maharashtra, India. This ancient wonder of the world is considered the largest rock-cut temple on the surface of the planet.

The Kailasanatha temple (Cave 16) is one of the 34 cave temples and monasteries are known collectively as the Ellora Caves.  Its construction is generally attributed to the 8th-century Rashtrakuta king Krishna I in 756-773 CE. From India, we travel to Egypt. There, in the land of the Pharaohs, we come across the Temple of Dendera, an ancient monument built to honor the Goddess Hathor.

Curiously, this temple, located a mere 2.5 km southeast of Dendera, is one of the best preserved Egyptian complexes, especially its central temple, thanks to which it remained buried by sand and mud until it was unearthed by Auguste Mariette in the middle of the 19th century.

The Temple of Dendera features a mysterious relief that some authors claim depicts a massive lightbulb used by the ancients Egyptians, suggesting that thousands of years ago, the ancient Egyptians had access to advanced technologies like electricity.

Egypt has a number of ancient temples that are worth mentioning, and I can’t exclude Khafre’s Valley Temple from this article. 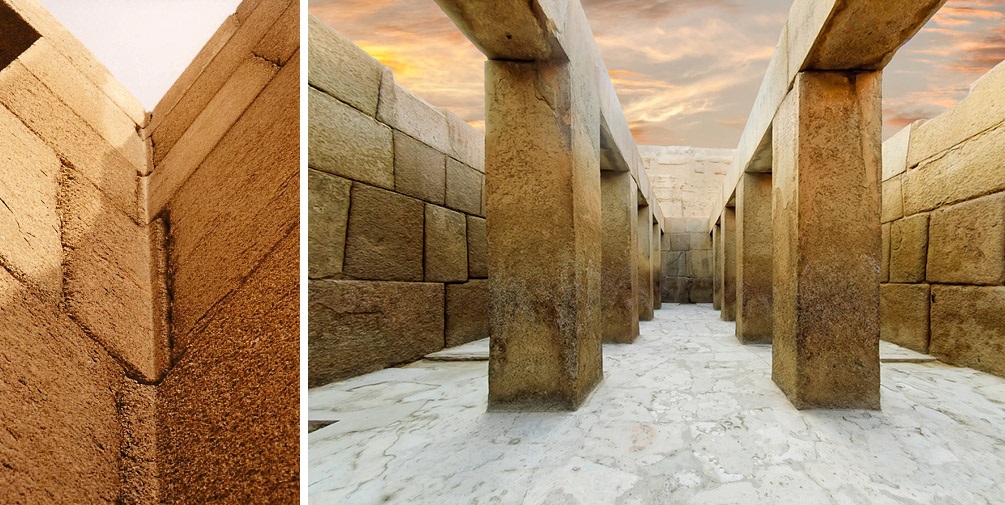 This ancient temple is one of the most curious temples in Egypt mostly because of the enigmatic ‘bent’ stones that lie inside the temple. It features supermassive blocks of stones, some exceeding 150 tons in weight, and design elements that eerily resemble elements found halfway around the world, in Peru.

The Giant Pyramid-temple of Borobudur. This magnificent ancient structure is considered the largest Pyramid-shaped Buddhist monument in the world, but it is also one of the most intricately designed structures on the surface of the planet. mainstream scholars have no idea who erected it, what its original purpose was, nor how on earth it was built. A few people are aware of the fact that hidden deep inside the desert region in Peru, more than 5,000 years ago, an ancient civilization erected magnificent temples and pyramids.

The Pyramids and temples of Peru are believed to predate the Pyramids of the Giza plateau by at least 500 years and were erected by the Caral people.

From Peru me journey to the Temple of the Sun or (Coricancha, Koricancha, Qoricancha or Qorikancha), the main Inca Sanctuary. Its internal walls, embedded and molded with millimetric precision, surprise even more when it is known that during the Inca Empire they were not ‘naked’, but that all the walls of the temple, according to Garcilaso de la Vega who wrote about Coricancha in the late sixteenth century, “were covered from top to bottom with massive gold planks.”

The Temple of the Sun (Coricancha) is part of a beautiful complex composed of several temples.

And last but not least, we travel to Cambodia.

There, in the city of Angkor Thom lie the ruins of the temple complex of 200-smiling-faces: The Bayon Temple.

Built at the end of the 12th century, it was completed during the reign of Jayavarman VII. It was created in Buddhist style. The temple is oriented towards the east, and so its buildings are set back to the west inside enclosures elongated along the east-west axis. It is best known for its 54 towers and more than two hundred Buddha faces which give off a sensation as if they were staring at you with a relaxed, calm, and beatific look.