How Did Alexander the Great Really Die? 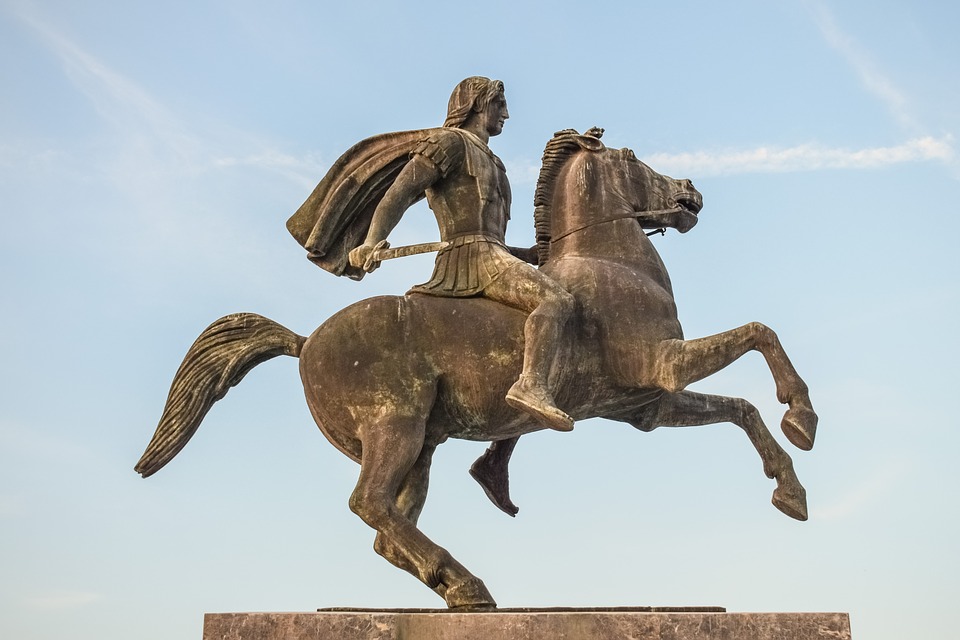 Everyone loves a great mystery and one of the greatest mysteries revolves around Alexander the Great and the way he died.

There are several running theories regarding how he died and none of them have been proven to be true.

Sit back, relax, and grab a snack and help us go through the different theories of how he died and what might have happened.

Alexander the Great was born on July 20, 356 B.C. in Macedonia to his parents, King Philip II of Macedon and Queen Olympia, the daughter of King Neoptolemus.

While he was growing up, Alexander did not see his father often, as he was frequently known to cheat on his wife and was away in the military. Many people believe that Alexander grew to resent his father during this time because he was gone so often.

Alexander as a Teen

During his teen years, Alexander trained to be a soldier and went on a military tour and began to fight with his father, causing Alexander and his mother to flee Macedonia. King Philip II soon got re-married to a woman named Cleopatra.

In the year 336 B.C., Alexander’s sister got married and during the celebration that followed the ceremony, King Philip II was murdered.

Fight for the Throne

After Alexander’s father died, he desperately wanted to take the throne and become king.

To do this, he received help from the Macedonian army to kill anyone who could potentially be an heir to the throne.

This included the daughter that King Philip II had with his new wife, Cleopatra, which eventually caused Cleopatra to commit suicide.

After seizing the throne, Alexander the Great began to take over various areas, starting with Thebes. To do this, he led a massacre, destroying and killing as many people as possible.

By intimidating the inhabitants, he was able to successfully convince them to pledge their alliance to the Macedonian Empire or they would perish.

They later went on to defeat Troy and Issus, which led to Alexander becoming the king of Persia.

His other titles would eventually include King of the Four Quarters of the World, King of Asia, and King of Babylon after he defeated the Persian army.

In the year 328 B.C., Alexander murdered Prince Oxyartes of Ariamazes and married his daughter, Roxhana.

He continued to cause conflict in numerous areas of the world, as he battled for more and more power, eventually ending up in India.

The Death of Alexander the Great

In May 323 B.C., at the age of 32, Alexander the Great fell gravely ill with what was then believed to be malaria.

He was in the process of throwing a feast in the form of a memorial to honor his friend who had passed away and was unable to attend due to his sudden illness.

Some uncovered diaries from the time where he fell ill state that at the end of his illness, he could no longer speak and eventually fell into a coma.

Many theories believe there were numerous people who wanted Alexander the Great dead to de-throne him, since he had caused so much conflict and was such a young ruler.

While there was no evidence of foul play or violence surrounding his death, some people believe he could have been poisoned.

These theories began when diaries held by Alexander the Great were released and he wrote about how he became ill with a fever in the days leading up to his death.

Or Betrayed by a Friend?

He also mentioned that he had been attending numerous parties and feasts in the days leading to his death, which could open the door to someone poisoning him.

Another common theory is that Alexander’s friend, Medius, was the one who either directly killed him or helped in facilitating his death.

This is because Medius was mentioned or noted to be present at almost every event where Alexander the Great was present and he was close to him.

Some people theorized that Alexander the Great may have died from alcoholic liver disease due to the fact the he drank a lot during the time before his death, but this was never proven.

One of the most popular theories and possibly most likely theory is that he died of typhoid fever, which was one of the most common illnesses during that time.

Typhoid fever is transmitted within contaminated food or water, which can cause the individual who consumes it to fall ill, but this typically results in a full-fledged outbreak, rather than a single case.

There were no other reports stating that other people in the area or who attended events with Alexander the Great fell ill with typhoid, which could support theories that he was, indeed, poisoned.

Another interesting point is that people who fall ill with typhoid or alcohol poisoning initially feel nauseous and vomit uncontrollably, but none of the accounts uncovered regarding his illness reported any vomiting.

Although there are arguments stating that he could have died from natural causes, there appears to be enough evidence and research to indicate that he fell ill with a specific malady at the time of his death.

One interesting historical account states that Alexander’s body showed no signs of decomposition in the days following his death, despite being kept in a warm location.

This could support the theory that he may have consumed a form of poison that kept his body from going through the natural stages of decomposition.

Was Poison the Real Culprit?

In a recent study, Dr. Leo Schep from the National Poisons Centre in New Zealand stated that he believes that Alexander was poisoned by a wine that was tainted with a poisonous plant.

He believes he has de-bunked theories that Alexander could have been poisoned by arsenic or strychnine because they would have killed him instantly – rather than over the course of 12 days.

He also believes that the plant that was used to poison the wine would have initially tasted very bitter but could have easily been sweetened.

Alexander may also not have noticed the bitter taste if he had already been drunk or had been drinking a lot prior to consuming the poisoned wine.

It also must have contained a large amount of the plant for it to become a toxic level that would have been too much for anyone to ingest.

The plant Dr. Schep believes was used was also frequently used as an herbal remedy and there have been accounts of people ingesting a larger amount than necessary and falling ill.

We may never know how Alexander the Great died because of how long ago his death took place and the lack of physical evidence to study.

This, however, does not stop researchers and scientists from using the accounts from the time that are available to us and other surrounding evidence to study.

The great thing about new technology and scientific advances is that we may not need as much strong evidence to study what may have happened.

The Unfortunate Demise of Alexander the Great 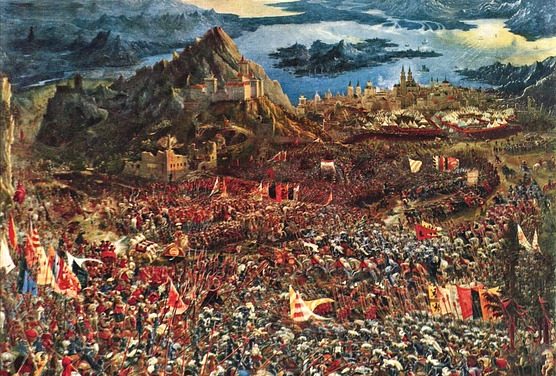 In his short 32 years, Alexander the Great lived a fast-paced life, causing a large amount of controversy everywhere he went with his violent endeavors.

He sought to conquer new locations, kill people, and gain support for his people and only his people.

Hopefully one day, we will learn more about what happened and who the true culprit could have been who wanted him dead in an inconspicuous way.

Who would have known that it would remain a mystery, not only then but until present day?

One thing appears to be clear – in all his pursuits and violent intentions, Alexander the Great likely gained many enemies who did not appreciate what he was doing and what he took.

It is highly possible that one of these enemies wanted him dead and succeeded in getting this.

What do you think happened?