Meet the 5 Families that control the world 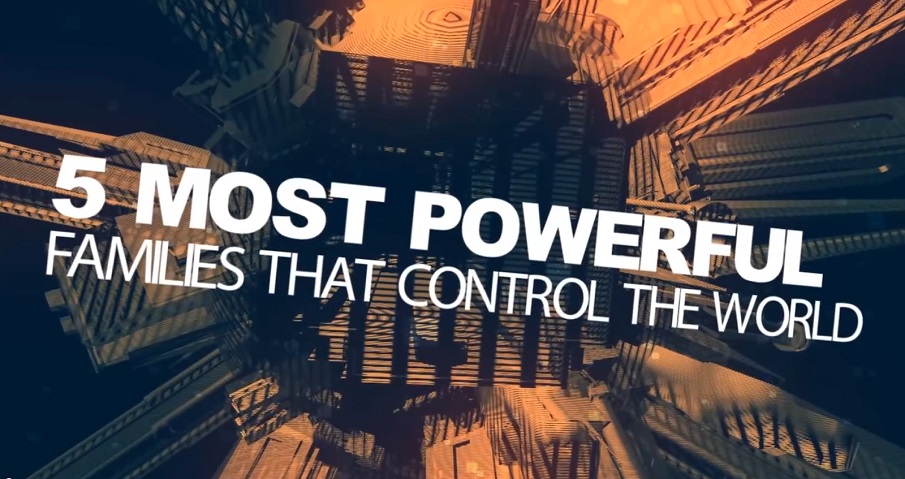 At some point in history, which many point out around the Renaissance, political and economic models were oriented toward the creation of financial and commercial entities, now transformed into the most powerful corporations on the planet. There are five families that control the world, by having unprecedented ties in political, economic and military systems.

Beyond the political-business framework, behind the corporations, there is a hardcore basis of hegemonic power, which is perpetrated almost exclusively in a subsidiary way. Here are the families that according to historians and scholars control the world:

The Rothschilds: although many claim this family has extremely ancient ancestral links, it is possible to identify the official beginning of this dynasty in the middle of the eighteenth century, with German banker of Jewish origin Mayer Amschel Rothschild, identified by Forbes magazine as “the founding father of international finances”. Since then, the family has remained at the top of the planetary oligarchy and has a determining influence on the US Federal Reserve, as well as the British financial system.

The Rockefellers: this empire began at the end of the nineteenth century when the consolidation of the Standard Oil Company placed the family at the head of an incipient oil industry.

John D. Rockefeller, the first of the dynasty, was considered the richest man in history by Forbes magazine, with a fortune to date equivalent to 340 billion dollars. The family has been perpetrated in the most ambitious circles of power and has influence over virtually any world politics.

The Morgans: Towards the end of the nineteenth century, John Pierpont Morgan founded J. P. Morgan & Company, a financial company that has played a leading role in the economic history of the United States and, therefore, the world.

This banker is identified as the savior of the American economy, leading a movement of bankers to sell bonds and buy back gold, avoiding the sinking of national reserves. Since then, the Morgan family has controlled its country’s gold supply.

The Du-Pont: Economist Pierre Samuel du Pont de Nemours, arrived in the United States in 1799, escaping the French Revolution. He founded his company, which did not take long to establish itself as the main supplier of gunpowder of the government, and went on later to monopolize the dynamite market. 40 percent of the Allied armament of the First War was provided by him and he was involved in the Manhattan Project, which led to the creation of the first atomic bomb.

The Bush: This family is considered as the newest family of the world elite and began its legacy with Prescott Sheldon Bush, a US banker and senator who was accused, together with the United States government, of obscenely profiting from World War II and having established large Businesses with the companies that financed Adolf Hitler’s government. The alleged speculation and lack of ethics were documented by an investigation of The Guardian newspaper.