Siberia has been the place to go to when it comes to strange and awkward discoveries recently. From the huge blocks of stone discovered in the Megalithic site of Gornaya Shoria located deep in the siberian mountains, to other historical findings like the sword of Ivan the terrible, it is a place that has attracted archaeologists, historians and researchers in all fields. 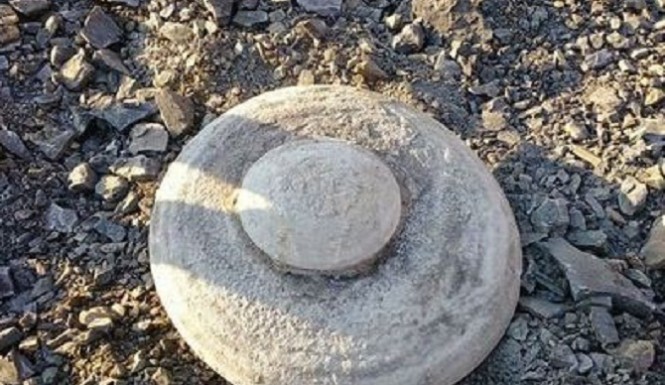 Now another great discovery has been made as coal miners have discovered a disc shaped object forty meters below the surface; they claim it something unusual and its not from Earth. But what do we know about this mysterious object? Well it was discovered by workers in the Kuznetsk Basin region in Russia’s Siberia. This perfectly shaped object allegedly has a diameter of about 1.2 meters and it is very heavy. First analysis of the object show that it has 440 lbs or about 200 kilograms.

This finding, according to the company that owns this weird looking objects is totally out of place, there is nothing in the region where they were digging. According to Arthur Presnyakov one of the coal workers that unearthed the disk shaped object, there were two objects almost identical but one of these object broke as it was being pulled out of the ground by the excavator bucket.

Archaeologists have already visited the place where the object was discovered and initial analysis has been made. Archaeologists believe that this object is much older than the mammoth bones (that date back thousands of years) that have been unearthed at a depth of twenty five meters, they believe that this disk shaped object is a man-made artefact but extremely old. Further analysis is expected to uncover the origin, chemical composition and exact age.

The disk shaped object is one of those “out-of-place-artefacts”, found in the middle of nowhere, but it is nevertheless a very exciting discovery for historians and archaeologists as it can provide more details about ancient man that inhabited this regions thousands of years ago. 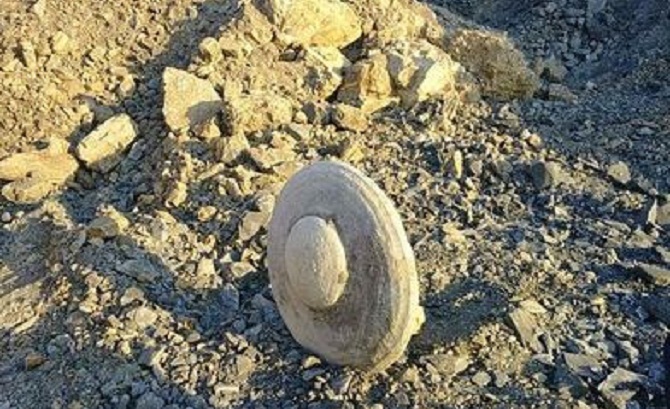 This awkward object that resembles a “flying saucer” has already sparked the interests of ufologists and ancient astronaut theorists who believe that this finding proves the existence of extraterrestrials which were worshiped by man thousands of years ago. But this is just one theory; others state that the object originated from space, but given its composition; rock, its hard to believe that such an object would have originated from space, right?

Other theories are that this strange disk shaped object could be a dropa stone; Dropa stones are believed to be, according to some ufologists and pseudoarchaeologists to be a series of circular stone discs, that date back at least ten thousand years, on the Dropa stones are said to be tiny hieroglyph-like markings that store “information”. We have to mention that evidence of the Dropa stones is very rare and some doubt the existence of them and their origins.