A mysterious object is seen closely shadowing the International Space Station in the newly published video. 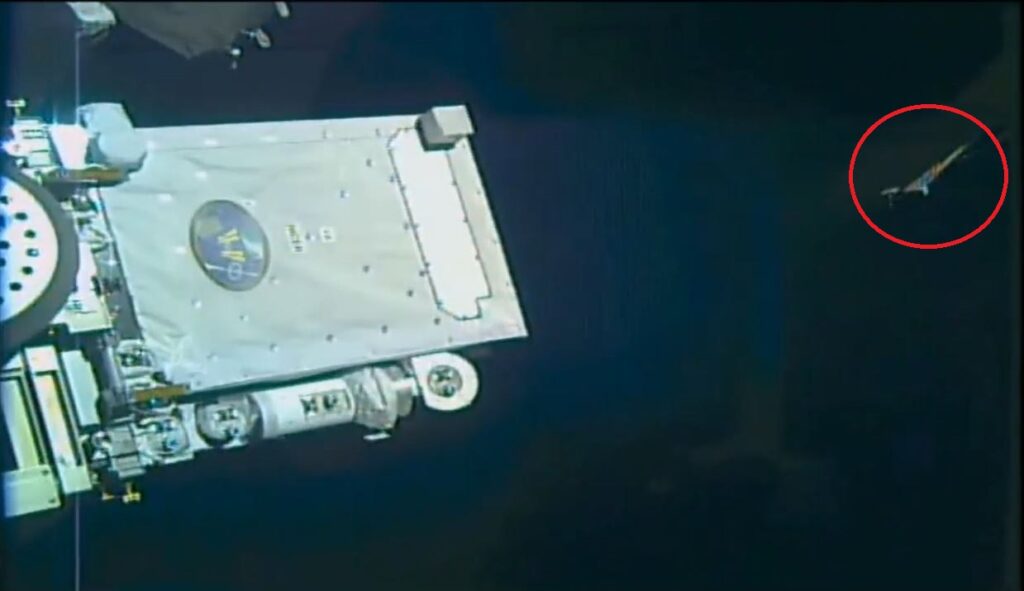 NASA has been called out countless times over the past couple of years for allegedly “hiding” evidence of extraterrestrial presence on Earth.

Ever since the International Space Station got its HD cameras—which allows ordinary people to observe what astronauts are seeing in space—countless UFO videos have surfaced on the internet showing what many believe is the ultimate evidence aliens are among us.

However, while some of these videos may be anything but ordinary and will convince many people that there’s something going on in space which we are unaware of, the truth is that most of the times, the alleged UFO’s seen in space are nothing more than camera reflections, video processing errors, or space debris floating in space.

And while this is the case most of the time—perfelcty explainable phenomenon—from time to time we see certain videos that make you wonder what if there really is something going on up there?

Now, another video has surfaced on the internet allegedly showing what many refer to an ALIEN UFO, closely following the International Space Station as it orbits our planet at an average altitude of 248 miles or 400 kilometers above Earth.

The object in question—similar to many other alleged UFO sightings recorded by the International Space Station—seems to closely shadow the ISS, until eventually, the Cameras on board the ISS go offline.

And that’s where things get fuzzy according to UFO hunters who are fully convinced that NASA does this all the time when a strange object is seen in the live footage.

And yeah, in the past every time a mystery object comes into focus and is clearly visible on the live feed from NASA, the footage mysteriously is shut down without any further explanation. The live camera feed resumes moments later when there are no objects visible in the background.

This is one of the major reasons why UFO hunters are convinced there are UFO’s around the International Space Station all the time, and NASA wants to make sure the truth remains hidden—by shutting down the live feed when such objects come into frame.

However, NASA has already denied being the bad guy and stated that they do not cut their live feed from the International Space Station because of UFOs.

Speaking to CNET in 2016, a NASA spokesmen said that the footage which originates from its High Definition Earth Viewing experiment on board the ISS—which provides different angles from Earth—is programmed to automatically cycle through different cameras. Furthermore, sometimes the station passes out of range of the Tracking and Data Relay Satellites (TDRS) used to send and receive video, voice and telemetry from the International Space Station.

“The International Space Station frequently passes out of range of the Tracking and Data Relay Satellites (TDRS) utilized to send and receive video, voice and telemetry from the station. For video footage, whenever we lose signal (video comes down on our higher bandwidth, called KU) the cameras will show a blue screen (indicating no signal) or a preset video slate,” NASA spokesperson Daniel Huot explained CNET via e-mail.

But would NASA tell us if it were cutting their live feed because of UFO’s? Of course they would! 😉

Anyway, while the video above may be nothing more than another camera reflection captured on video, these ‘sightings’ have drastically increased over the past couple of years as more people closely follow NASA’s live feed in hopes of discovering the ultimate evidence of Aliens visiting Earth.

P.S. Don’t forget to wave back when you see them.