Located in the arid Peruvian coastal plain, some 400 km south of Lima, the geoglyphs of Nazca cover about 450 km. These lines, which were scratched on the surface of the ground between 500 B.C. and A.D. 500, are among archaeology’s greatest enigmas because of their quantity, nature, size and continuity. The geoglyphs depict living creatures, stylized plants and imaginary beings, as well as geometric figures several kilometres long. 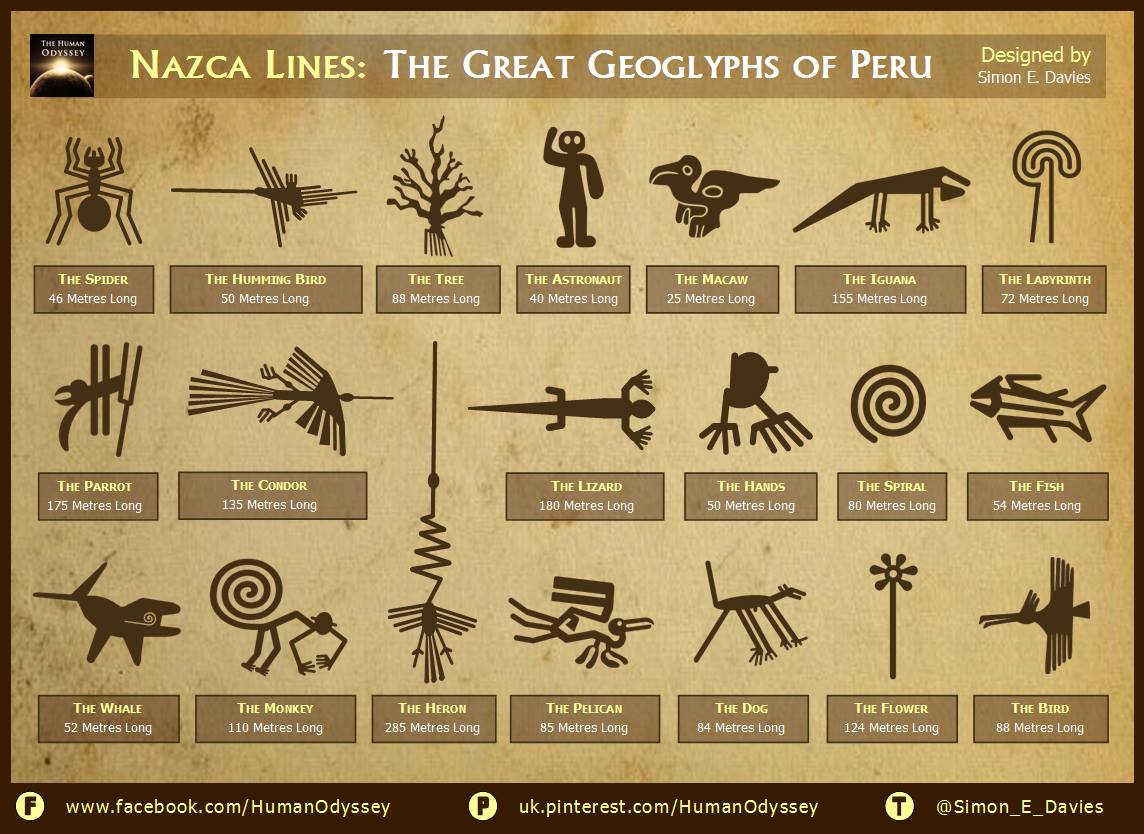 They are considered the most outstanding group of geoglyphs anywhere in the world and are unmatched in its quantity, size, and diversity. The concentration and juxtaposition of the lines, as well as their cultural continuity, demonstrate that this was an important and long-lasting activity, lasting approximately one thousand years.

Archaeologists have long puzzled over the purpose of the Nazca Lines. Some researchers have argued the Nazca lines form a labyrinth. Others have said the lines and figures matched up with the constellations in the sky, or that the Nazca Lines were part of an ancient pilgrimage route.

Yet another idea is that the lines are connected with subterranean water routes, something vital to life in the desert, and may have played a part in water-based rituals. Animal symbolism is common throughout the Andes and is found in the biomorphs drawn upon the Nasca plain: spiders are believed to be a sign of rain, hummingbirds are associated with fertility, and monkeys are found in the Amazon, an area with an abundance of water.

The Nazca people belonged to an ancient prehistoric culture that was successful in engineering techniques to bring underground water to the surface for irrigation. Some of the theories regarding the purpose of the lines connect them to this need for water.