New ‘conclusive evidence’ shows that Turin Shroud does show the...

New research shows that the Shroud of Turin—the Cloth used to wrap Christ’s body after crucifixion—shows evidence of a violent death for the man wrapped in the Turin Shroud.’ New evidence supports the belief that the shroud DOES show the face of Jesus. 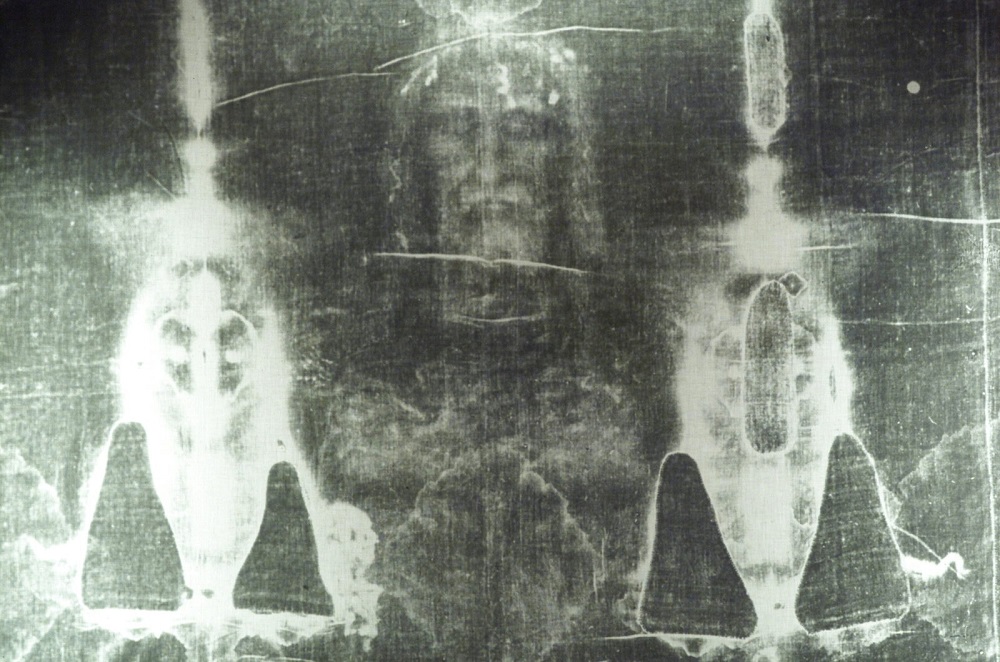 Referred to as the Turin shroud is a mysterious cloth that has around 4.5 meters in length and was allegedly placed over the body of Jesus Christ at the time of His Burial.

The enigmatic artifact—which has long been submitted to scientific analysis—has remained an object of admiration for both the Christian faith and scientists as well. The origins, date, and images displayed on the shroud are subject of debate among theologians, scientists, historians, believers, and researchers.

The most distinctive characteristic of the Turin shroud is without a doubt the faint, brownish image of a front and back view of a man with his hands folded across his groin. The two views are aligned along the midplane of the body and point in opposite directions. The front and back views of the head nearly meet at the middle of the cloth.1

The Turin Shroud is held at the royal chapel of the Cathedral of Saint John the Baptist in Turin, northern Italy.

According to what experts have been able to understand from studying the enigmatic shroud, the image of the “Man of the Shroud” has a beard, mustache, and shoulder-length hair parted in the middle. He is muscular and tall—around 1.70 to 1.88 m (or 5 ft 7 in to 6 ft 2 in).

According to studies performed by forensic doctors, the Shroud of Turin possesses the following markings: One wrist bears a large, round wound, apparently from piercing (the second wrist is hidden by the folding of the hands). There is evidence of an upward gouge in the side penetrating into the thoracic cavity. Experts also found small punctures around the forehead and scalp, scores of linear wounds on the torso and legs and evidence of swelling of the face and streams of blood down both arms.2

But now, experts have revealed more fascinating details about the shroud saying that there is blood on the Shroud NOT typical to a healthy person.  Elvio Carlino, a researcher at the Institute of Crystallography in Bari, Italy, says the tiny particles reveal ‘great suffering’ of a victim ‘ wrapped up in the funeral cloth’.

Furthermore, Professor Giulio Fanti from the University of Padua added that the particles had a ‘peculiar structure, size and distribution.’

Experts added that the blood found on the Shroud of Turin contained high amounts of substances called creatinine and ferritin, which are commonly found in patients who suffer forceful traumas like torture.3

Professor Fanti added: “Hence, the presence of these biological nanoparticles found during our experiments point to a violent death for the man wrapped in the Turin Shroud.”

The new study was published in the US scientific journal, PlosOne, in an article titled ‘New Biological Evidence from Atomic Resolution Studies on the Turin Shroud.’

The new discoveries contradict claims that the shroud was a forgery created in the Medieval Era.

According to Professor Fanti, the characteristics of these particles ‘can not be artifacts made over the centuries on the fabric of the Shroud.’

Researchers drew on experimental evidence of atomic resolution studies and recent medical studies on patients who suffered multiple acts of trauma and torture.

Professor Elvio added that: “These findings could only be revealed by the methods recently developed in the field of electron microscopy,” and that “the research marked the first study of the nanoscale properties of a pristine fiber taken from the Turin Shroud.”

1—The Orphaned Manuscript A Gathering of Publications on the Shroud of Turin by Alan D. Adler, Dorothy Crispino

2—The Shroud of Turin. Our Sunday Visitor, by C. Bernard Ruffin