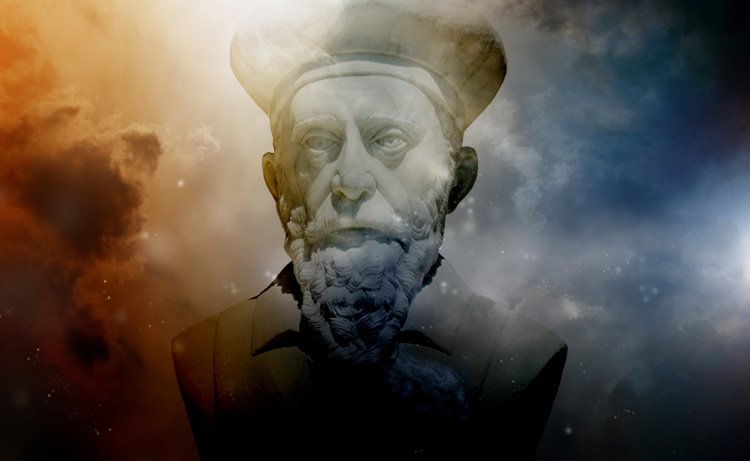 He was an Astrologer and physician. Born Michel de Nostradame, December 14 or 21, Nostradamus as he is more commonly known, published collections of prophecies that have since become famous worldwide. Nostradamus is best known for his book Les Propheties, the first edition of which appeared in 1555 and contained 353 quatrains. Even though academic scholars state that the associations made between world events and Nostradamus’s quatrains are largely the result of misinterpretations or mistranslations, millions of people and major press agencies credit him with predicting many major world events.

Scholars studying of one of the most famous prophets of all times, Michel Notre Dame, famously known as Nostradamus, believe to have cracked and decoded references that speak of the emergence of the Islamic State in certain quatrains written by the prophet.

He wrote over a thousand four-line poetic verses called “quatrains,” verses that seem to predict the future. Michel began to have visions at a very early age. He would stare into a bowl with water and while staring at the water for some time he would “receive” visions of the future.

The work of Nostradamus, written in the sixteenth century, would have predicted the rise of Napoleon and Hitler.

“From the depths of the West of Europe, A young child will be born of poor people, He who by his tongue will seduce a great troop; His fame will increase towards the realm of the East.” “Beasts ferocious with hunger will cross the rivers,  The greater part of the battlefield will be against Hister. Into a cage of iron will the great one be drawn, When the child of Germany observes nothing.”

Now, researchers believe they have found prophetic references to the Islamic State.

Experts believe that the French apothecary and prophet accurately predicted the barbaric acts of the Islamic State in the Middle East and intention to develop in strategic areas of Europe, extending their caliphate.

Here is how Nostradamus saw it:

“He will enter wicked, unpleasant, infamous,Tyrannizing over Mesopotamia:All friends made by the adulterous lady,Land dreadful and black of aspect.”

Nostradamus believes that the conflict, which has already begun and is threatening the rest of the world, will cause the beginning of World War III.

Of course there are many people which believe that Nostradamus was a mere poet and that his “quatrains” are not meant to predict anything, let alone the future.