One Of The Oldest Cities On Earth Is Home To...

When it comes down to ancient cities and those competing for the title of oldest of the all, Aleppo, located in modern-day Syria certainly makes a case.

The ancient city of Aleppo is considered by many scholars as one of the oldest cities on the planet, occupied since at least 5,000 BC, as shown by excavations performed in Tallet Alsauda.

The ancient city has scarcely been excavated by archaeologists, as the modern city occupies its location.

The city was of great importance in the ancient world. According to experts, historical records show Aleppo as an important city predating Damascus, considered by many as the oldest cities in the world.

We find the first record mentioning Aleppo in the Ebla Tablets, from the third millennium BC, when Aleppo was referred to as Ha-Iam. 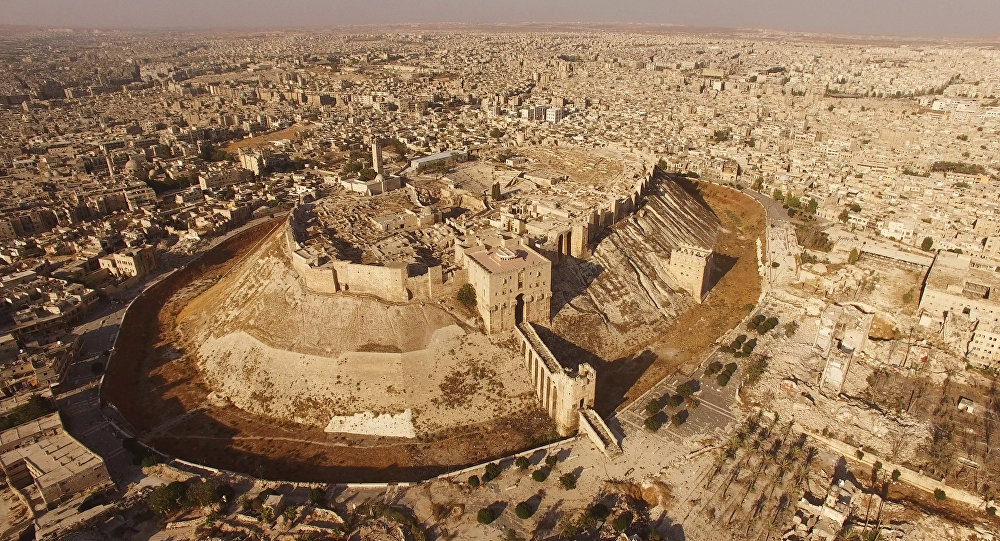 The old city of Aleppo, composed of the old city inside the walls and the old cell-like neighborhoods outside the walls, has an approximate area of 350 hectares (3.5 km²) and has a population of more than 120,000 inhabitants.

Known for its large mansions, narrow streets, covered souks and ancient caravans, the ancient city of Aleppo was named a World Heritage Site by UNESCO in 1986.

During the Amorite dynasty, it was the capital of the kingdom (until about 1600 BC), after which it was conquered by the Hittite empire.

In later times, it was under an Assyrian and Persian rule. Alexander the Great conquered the city in 333 BC, and Seleucus I Nicator gave it the name of Beroea.

When, in 64BC, Syria became part of Rome, the city was also integrated into the Roman Empire.

Alley of the Christian neighborhood. It was part of the Byzantine Empire until its loss at the hands of the Arabs in 637.

The crusaders besieged its walls twice, in 1098 and in 1124, but they never conquered the city.

It passed into the hands of Saladin and remained in the hands of the Arabs until its capture by the Mongols in 1260.

At the fall of the Ottoman Empire, it passed to the French colonial administration but returned to Turkey when it recovered Antioch in 1938-1939. In the Antiquity, great architectural works were created, such as the clock tower that is still standing and very well preserved.

On June 20, 2013, UNESCO included all Syrian sites in the list of the World Heritage in danger to warn about the risks to which they are exposed to, due to the Syrian Civil War.

The Citadel of Aleppo 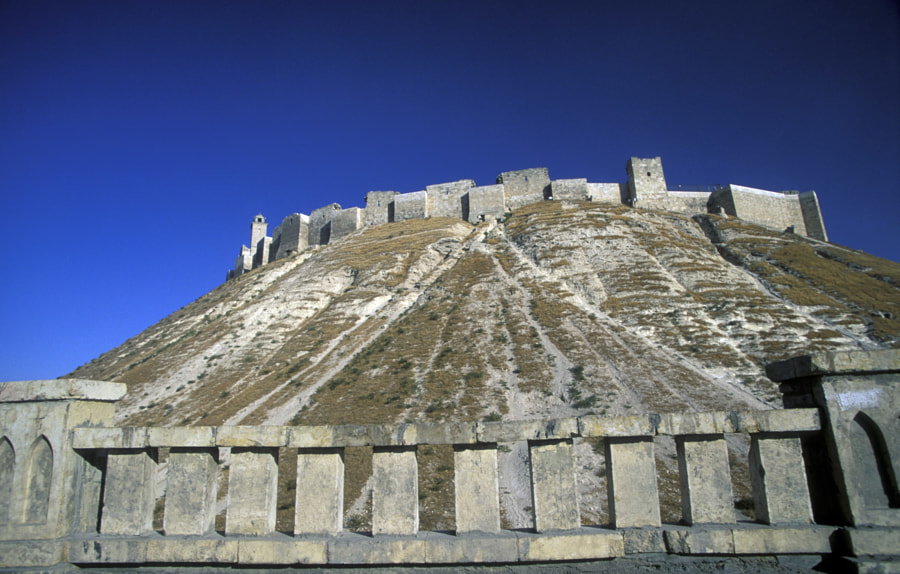 The fortified palace located in the center of the ancient city of Aleppo is considered one of the oldest and largest castles on the surface of the planet.

According to archeological excavations, there is evidence of usage of the citadel hill dating back to the middle of the third millennium BC, as referenced in cuneiform texts from Ebla and Mari.

Throughout its long history, the citadel was occupied by different ancient civilizations such as the Greeks, Byzantines, Ayyubids, and Mamluks. 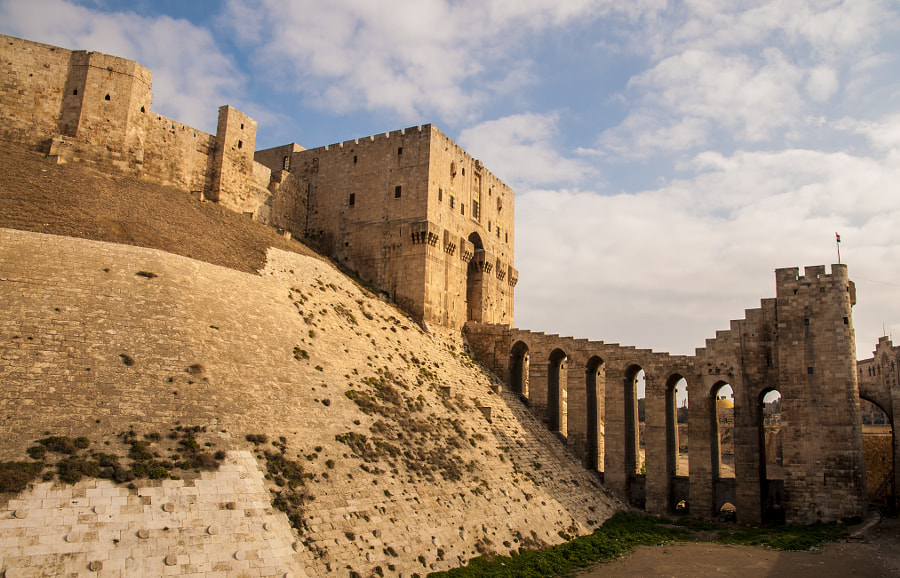 The citadel is believed to have remained in use from the 24th century BC to at least the 9th century BC. Evidence of that are reliefs discovered during excavations by German archaeologist Kay Kohlmeyer. The prophet Abraham is said to have milked his sheep on the citadel hill.

The citadel s located on a mound with an elliptical base, having a length of 450 meters, and a width of 325 meters. 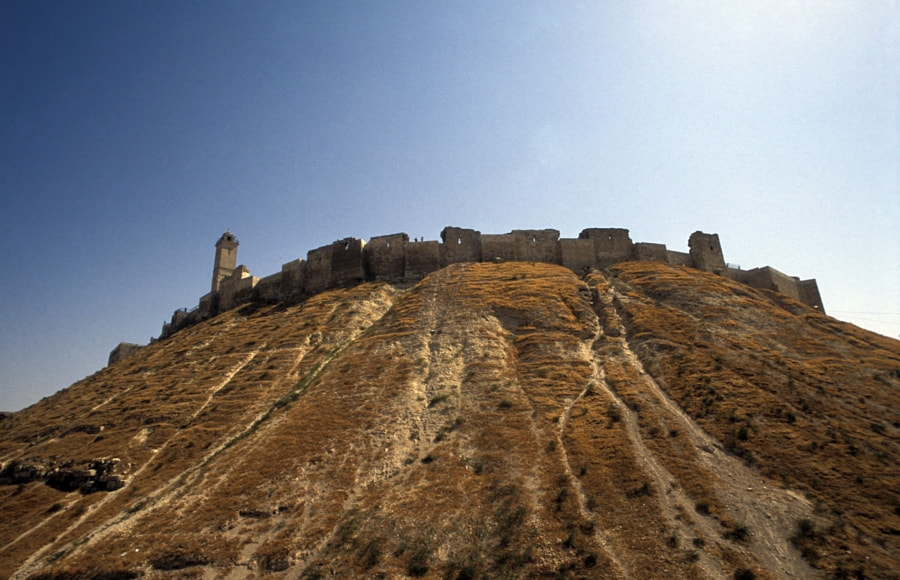 At the top, the elliptical base measures 285 meters by 160 meters and the height of this slanting foundation measures 50 meters.

The entire mound is surrounded by a 22-meter-deep and 30-meter-wide moat, dating from the 12th century.

According to reports, in the past, the entire mound was covered with large blocks of gleaming limestone, some of which still remain today.