According to renowned astrophysicist Professor Stephen Hawking, mankind must leave planet Earth in the next 100 years in order to survive. 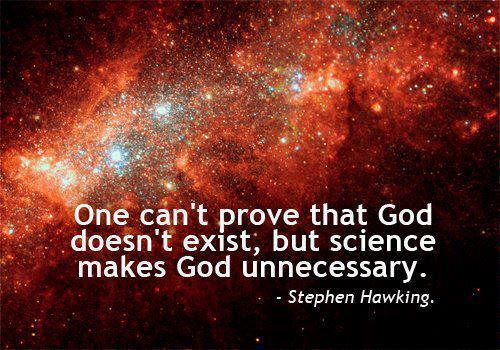 In a new BBC series, Prof. Hawking claims that mankind’s time on Earth is running out and that we need to leave our planet if our species wants to survive.

Professor Hawking believes that humans must colonize other worlds within the next 100 years in order to survive several threats that our species faces; climate change, asteroid strikes and even overpopulation and perhaps the most worrisome of all, nuclear strikes.

BBC’s new documentary titled Expedition New Earth—which btw is part of the BBC’s new science season Tomorrow’s World—Professor Hawking and his former student Christophe Galfard travel around our planet trying to find out how our civilization could survive the near future.

According to the Telegraph, BBC’s series also aims to discover Britain’s greatest inventor and has asked the public to VOTE on the innovation which has been the most influential in their lives.

Professor Hawking has actively spoken out in the last couple of years about the threats that mankind faces.

From the dangers of Artificial Intelligence, biological warfare, to the threats from outer space, Professor Hawking said that only a “world government” may prevent impending doom.

Mr. Hawking previously commented that humans may lack the skills as a species to stay alive. “I don’t think we will survive another 1,000 years without escaping our fragile planet,” he had said, adding: “I therefore want to encourage public interest in space, and I have been getting my training in early.”

According to the World’s smartest man, our planet is headed towards disaster.

“Although the chance of a disaster to planet Earth in a given year may be quite low, it adds up over time, and becomes a near certainty in the next thousand or ten thousand years,” he said. “However, we will not establish self-sustaining colonies in space for at least the next hundred years, so we have to be very careful in this period.”

Last year Professor Hawking made quite a few predictions and said that chances of an apocalyptic even on Earth are a near certainty.

“Although the chance of disaster to planet Earth in a given year may be quite low, it adds up over time, and becomes a near certainty in the next 1,000 or 10,000 years,” Hawking told the Oxford University Union in November.

“By that time, we should have spread out into space and to other stars, so a disaster on Earth would not mean the end of the human race.”

However, if we are to leave Earth as Professor Hawking suggests, where should we go? Who do you save? Who gets to go to a brand new planet? Who will take us there and who will pay for it all?

Too many questions that can be solved in a period of 100 years, don’t you think?

Efforts to create human colonies on other planets or moon’s in our solar system has already begun, with mastermind Elon Musk already hoping to establish functional settlements on another world in the next few decades through his company SpaceX.

Musk said in 2016: “I don’t have a doomsday prophecy, but history suggests some doomsday event will happen.”