A group of Chilean archaeologists, historians, and astronomers has come across a number of stone structures that may have been part of a huge ancient solar calendar used by the Incas thousands of years ago.

The discovery was made in an area known as the Camino del Inca, in the Atacama Desert in Chile.

These 1.20-meter-high columns, which draw a transverse line between them, helped the natives of the region determine “on what day of solstices or equinoxes would these structures be aligned with the point of sunrise.”

Experts say that even though a number of such structures have been discovered throughout the years, scientists did not fully understand their functionality. 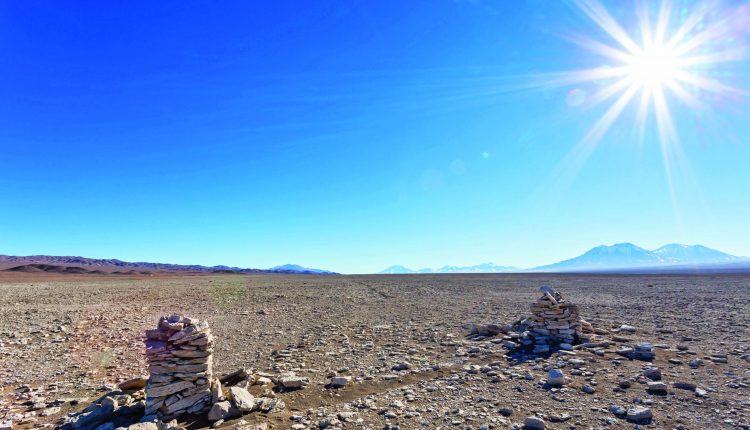 However, observations made last year of similar formations in urban regions of the country gave experts clues that their use may have been astronomical in nature. “These structures were astronomical markers linked to relevant dates of the Inca calendar,” the study emphasizes.

On this occasion, through the use of Google Earth and with the support of researchers from the ALMA observatory, “the orientation of the saywas with respect to the north was analyzed”. It was found that they were perfectly oriented and aligned with the sunrise at the autumn equinox and the winter solstice.

“The interesting thing was to find astronomical saywas on the Camino del Inca, that is, outside the big cities, in unpopulated places,” says Carlos Aldunate, one of the archaeologists of the research.

“It was surprising especially for us (…) We work with high precision instruments, but more than 500 years ago the Incas were able to establish solar calendars in a perfect way without our technology,” says astronomer Juan Cortés.

The Inca or Inca Empire was a South American civilization with the most extensive domain in the history of pre-Columbian America.

The territory of the ancient Inca was often called Tahuantinsuyo (“the four regions or divisions”). The Ancient Inca Empire flourished in the Andean zone of South America between the 15th and 16th centuries. It covered about 2 million square kilometers between the Pacific Ocean and the Amazon rainforest, from the outskirts of Pasto ( Colombia) in the north to the Maule River (Chile) in the south.

Capac was its first ruler was characterized by the dominion of the pre-Inca tribes who lived scattered in Cuzco and its surroundings. Manco Cápac unified the Huallas, Poques, and Lares.