Researchers have across an incredible finding in the ancient maya city of Nixtun-Ch’ich’ located in Peten, Guatemala. This walled, 2600 year old Mayan city suggests that the ruler that reigned over the city was someone particularly powerful, with an advanced knowledge in city planning. 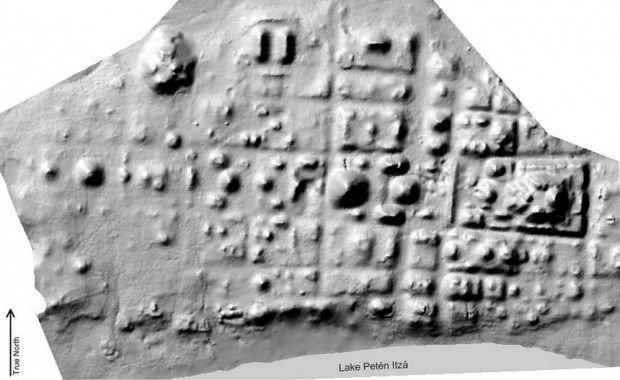 Thanks to new technology, archaeologists have mapped the ancient city discovering its grid-shaped arrangement. Nixtun-Ch’ich ‘has truncated pyramids and other monumental structures, oriented in the east-west axis with a deviation of only 3 percent. Most importunely, it is the only Mayan city whose urban design is based on a grid.

The only Mesoamerica city which has similar features is located in the vicinity of Mexico city, Teotihuacan, the colossal ancient city whose builders remind unknown. Teotihuacan is believed to have belonged to an ancient civilization that predated the Aztecs and the Maya.

Researchers have discovered about 15 buildings aligned in a straight line in the main ceremonial area. These structures which include pyramids, reached during the peak of the city around 30 meters in height. The visitors had to climb a set of stairs to reach their flat tops crowned by a temple. At the end of the ceremonial road, on the eastern edge of the city, there is a triadic formation or group, consisting of pyramids and buildings on a platform facing each other.

“The residential area of ​​the city was built from north to south of the ceremonial route respecting the designed city grid, “said Timothy Pugh, from the Queens College of New York. The Maya possessed a written system (glyphs), a calendar, agriculture, sophisticated architecture and a rich religious pantheon. Researchers speculate that the east-west orientation of the buildings was planned in order to help people follow the sun’s movement across the sky, which is believed to have been something very important for the ancient Maya. 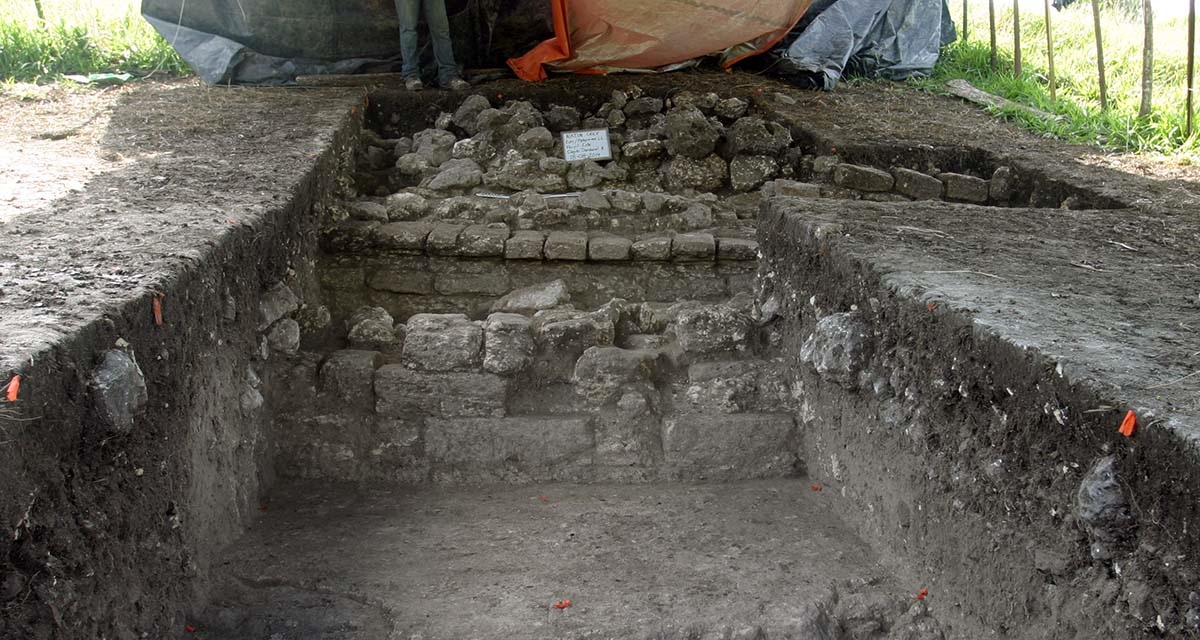 Interestingly, some of the constructions found at Nixtun-Ch’ich were covered by a material that gave them an extremely shiny aspect. Researchers say that the city was surrounded by walls made out of stone and earth indicating that the inhabitants of this ancient Maya city, had a reason to be very defensive around 600 and 300 BC.

Timothy Pugh has spent over 20 years investigating Nixtun-Ch’ich ‘and, together with his colleagues, he has made important progress adding to the knowledge of the existing archaeological mapping of the ostentatious architectural layout of this ancient Mayan city.