Researchers find ancient rock art with paintings of whales and...

A dramatic scene has been found by experts exploring the Atacama Desert in Chile as they have come across hundreds of pieces of stunning 1,500yewar-old-rock art, depicting the slaughter of whales, turtles and even sharks.

In the north of Chile, located right between the Pacific Ocean and the beginning of the vast Atacama Desert is the archaeological site of El Médano. North of it, researchers have discovered a new archaeological site with more than 300 ancient paintings. 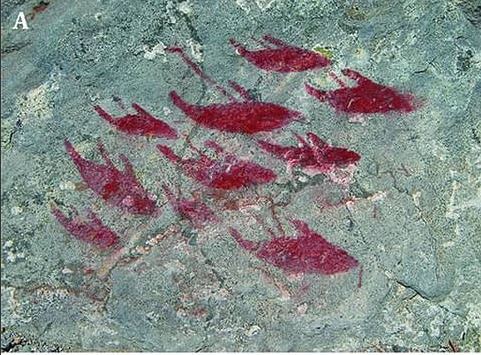 The archaeological site of El Médano features a valuable set of rock paintings which were discovered in 1918 by an amateur archaeologist named Augusto Capdeville.

But, now, a team from the University of La Sorbonne, has located in the vicinity, new previously unknown rock art. 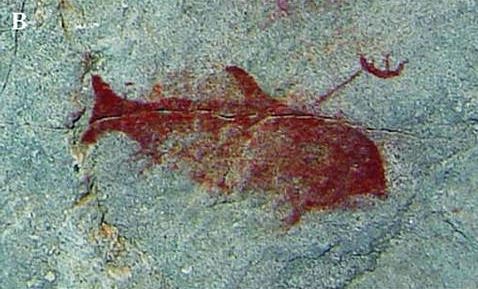 There, using strokes of red color, the ancient inhabitants of the region made rock art depicting the hung of whales, swordfish, marlin, squid, sea lion, turtles, and sharks.

All the paintings were made with a pigment of a red color and show the harpooned animals, but not their hunters.

Scientists explain how these hunting scenes are based on the everyday experiences of the ancient inhabitants living near Chile’s coastline. 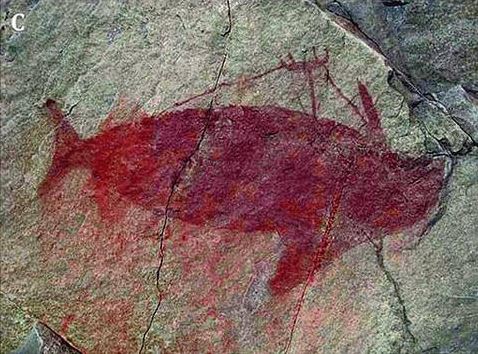 The same scenery was present in the rock art researchers discovered at the beginning of the 20th century, although those paintings recreated hunting scenes of terrestrial animals.

The value of this finding is enormous because it helps document how the inhabitants of the area extracted a large part of their resources from the ocean, and also what techniques they used for it.

As noted by experts, the ancient inhabitants had advanced fishing and hunting technologies that included fish hook built from shell, bone, cactus spines, copper, and even rafts made of sea lion skin.

As noted by the Daily Mail, archaeologists have discovered around 328 paintings at Izcuña, on 24 blocks of rock. 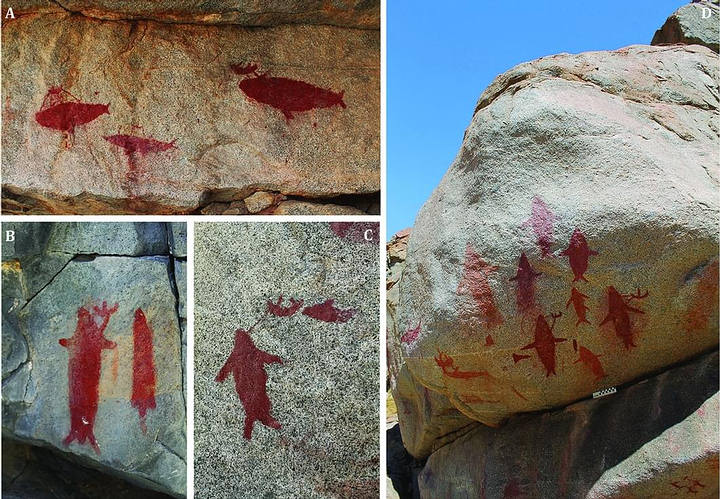 “Archaeological evidence attests to a society specialized in marine resource exploitation. Its sophisticated ﬁshing and hunting technology included ﬁsh-hooks made from shell, bone, cactus spines and copper, and cotton lines, nets, stone weights, harpoons and rafts made of sea lion skin,” explained researchers in the study.

“This specialization and the resource-rich Paciﬁc coast allowed the inhabitants to be hugely productive, thereby facilitating permanent residential camps located near water springs and on natural jetties. From here, small groups could explore vast territories.”