Researchers have found an ancient Stone depicting the first female...

Researchers have come across ancient inscribed stones which detail Egypt’s long-lost first female Pharaoh, Queen Hatshepsut, who ruled over the land of the Pharaohs from 1473 B.C. to 1458 B.C. The discovery was made on Egypt’s Elephantine Island.

Queen Hatshepsut was one of the few (two or three) female Pharaohs in Ancient Egyptian history. She was a well-known builder and the stone blocks that have been found with her inscriptions are believed to have belonged to one of her buildings discovered by a German Archaeological Institue, reports the Ministry of Antiquities in a Facebook post.

According to Dr Felix Arnold, the field director of the mission, the building served as a waystation for the festival barque of the god Khnum. The building was later dismantled and about 30 of its blocks have now been found in the foundations of the Khnum temple of Nectanebo II. Some of the blocks were discovered in previous excavation seasons by members of the Swiss Institute, but the meaning of the blocks has only now become clear.

“On the pillars are representations of several versions of the god Khnum, as well as other gods, such as Imi-peref ‘He-who-is-in-his-house,’ Nebet-menit ‘Lady-of-the-mooring-post’ and Min-Amun of Nubia,” the Ministry of Antiquities wrote. “The building thus not only adds to our knowledge of the history of Queen Hatshepsut but also to our understanding of the religious beliefs current on the Island of Elephantine during her reign.”

Queen Hatshepsut is generally considered as one of the most successful Pharoahs ever to rule over ancient Egypt and is notorious for having ruled longer than any other woman of an indigenous Egyptian dynasty.

It is believed that her reign lasted nearly 22 years.

Egyptologist James Henry Breasted describes her as “the first great woman in the history of whom we are informed.”

Interestingly, to maintain her legacy as a good ruler to the people of ancient Egypt and to avoid being seen not just a ‘good wife’ of the king Queen Hatshepsut had to reinvent herself and become a man. This is why in later stages she was referred to as a male Pharaoh.

According to archaeologists, the stone slabs discovered in Elephantine depict her as a female indicating that the blocks of stone must have been from very early stages of her reign since years after, she was referred to as a male Pharaoh. 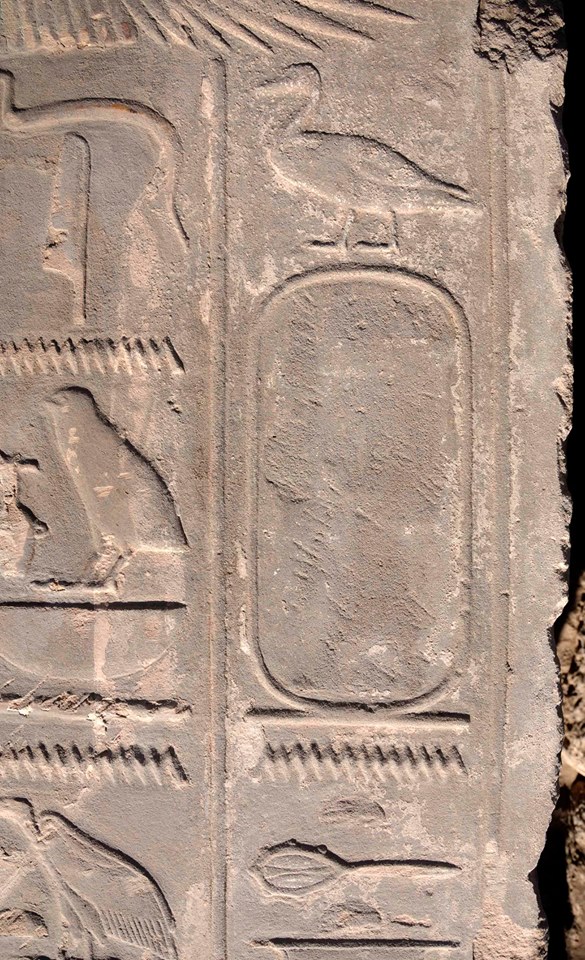 After her death, Thutmose III erased nearly all historical records of her existence as he destroyed buildings and erased images of her. As a matter of a fact, historians didn’t even know she had ruled over Egypt until 1822.

Queen Hatshepsut was without a doubt one of the most important first female queens of ancient Egypt and while female Pharoahs were extremely rare, Sobekneferu, Neferneferuaten and possibly Khentkaus I and Nitocris were believed to have preceded her in known records as ruling solely in their own name. There is, although, some controversy surrounding these claims.