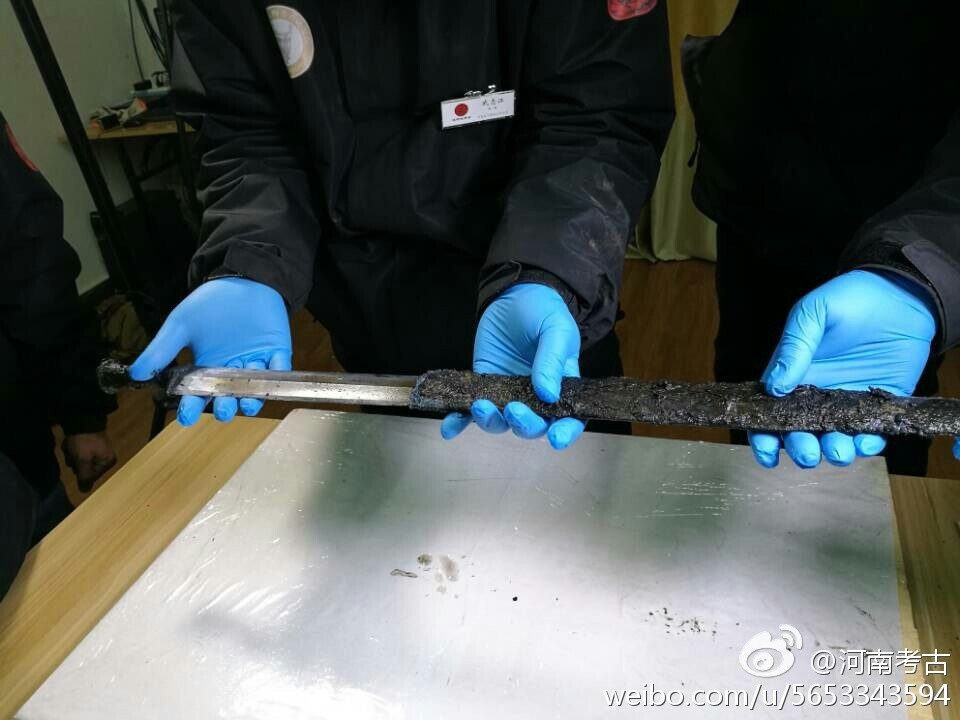 The 2,300-year-old sword has taken experts by surprise since despite its antiquity, the sword, and its sheath are in perfect state of conservation. Experts indicate that the sword did not oxidize because the tomb chamber had been sealed.

Chinese archaeologists have discovered in the Henan Province (central-eastern China) a steel sword forged more than 2,300 years ago.

According to the news agency TASS, the sword was discovered during the excavation of a tomb in Xinyang city.

Despite its antiquity, the sword, and its sheath are in perfect state of conservation. In a video published on social networks, it can be observed that the blade of the weapon maintains practically the original sharpening.

After carefully removing the mud-covered sword from the coffin, archaeologists cleaned the sheath before separating the blade from its cover at around 12 pm on December 30. 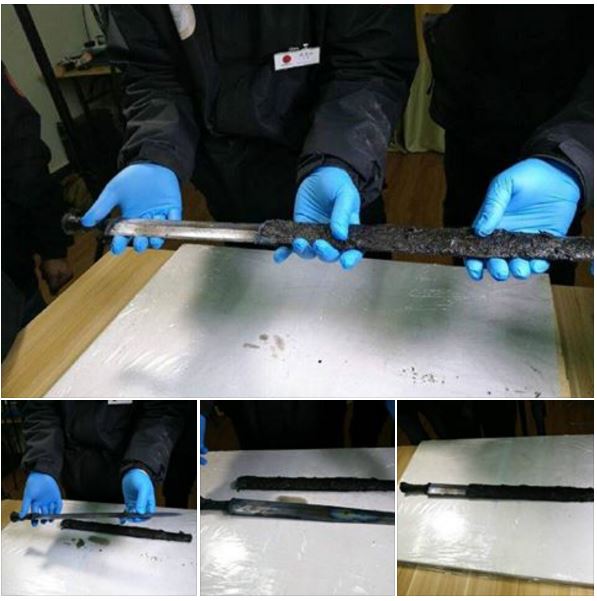 Liu Yong, the deputy supervisor of the Chengyang Protected District, who witnessed the sword-drawing ceremony said he was extremely impressed by the ancient weapon.

The ancient city of Chengyang is the best preserved and largest city of the ancient kingdom of Chu (770-223 BC). It is located 25km north of Xinyang city in Henan Province. The city is believed to have been established around 2,700 years ago as the barracks of the Chu Kingdom.

Through a poem, he said that even though the loyal general had died, his treasured sword was still glittering.

However, experts are yet to confirm the identity of the owner of the ancient sword.

Furthermore, laboratory results of the tests showed that the ancient sword was forged during the period of the Warring States, which lasted from 475 BC to 221 AD.

This period is considered by scholars as the golden age of Chinese culture and, according to historians, had a significant influence on the development of the Han dynasty.

This led to the development of science and the application of scientific advances in production, which prompted an increase in trade.

However, according to reports, such discoveries certainly aren’t new for the Henan Province.