Researchers in Crimea have unearthed a 2,000-year-old elongated skull

A deformed ‘alien’ skull has been unearthed by archaeologists in Crimea.

Researchers in Crimea have unearthed the remains of a child with an extremely elongated skull during excavations at the Kiz-Blue necropolis near Kerch, Crimea. 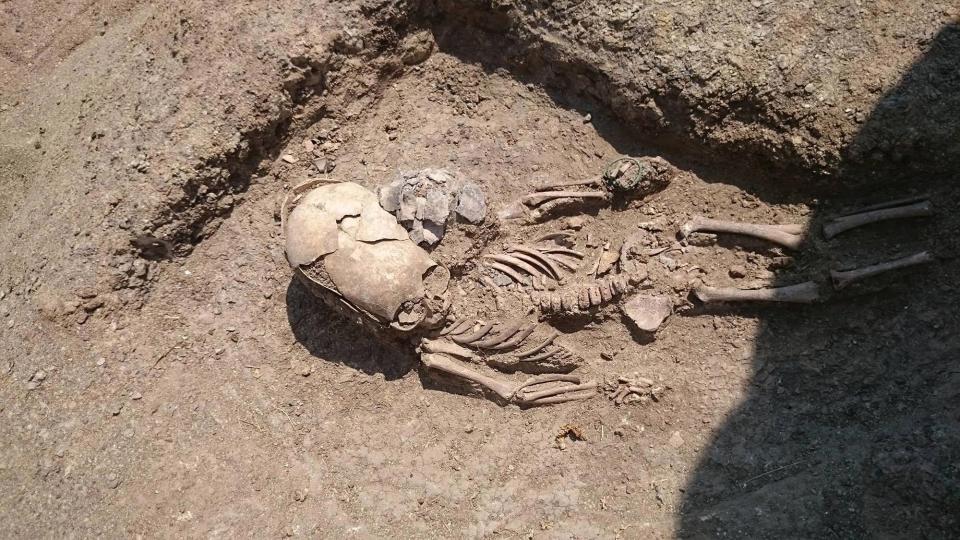 At the time of his death, the child was little more than a year old and is believed to have belonged to the old Sarmatian village. Experts believe the child had undergone the ancient practice of cranial deformation,  who also believe the remains of the child are around 2,000 years old.

‘Elongated skulls were traditional for the Sarmatian culture,’ he said, according to Moskovsky Komsomolets newspaper. ‘They thought this was more beautiful.’

Interesting, Russian state media reported how researchers supporting the ancient alien theory believe how owners of such extremely lengthened skulls may have been human-extraterrestrial hybrids.

However, archaeologists disagree with the ancient astronaut theory saying that

‘Elongated skulls were traditional for the Sarmatian culture,’ said Nikolay Sudarev, a scientist from the Archaeology Institute of Russian Academy of Sciences, according to Moskovsky Komsomolets newspaper. ‘They thought this was more beautiful.’ 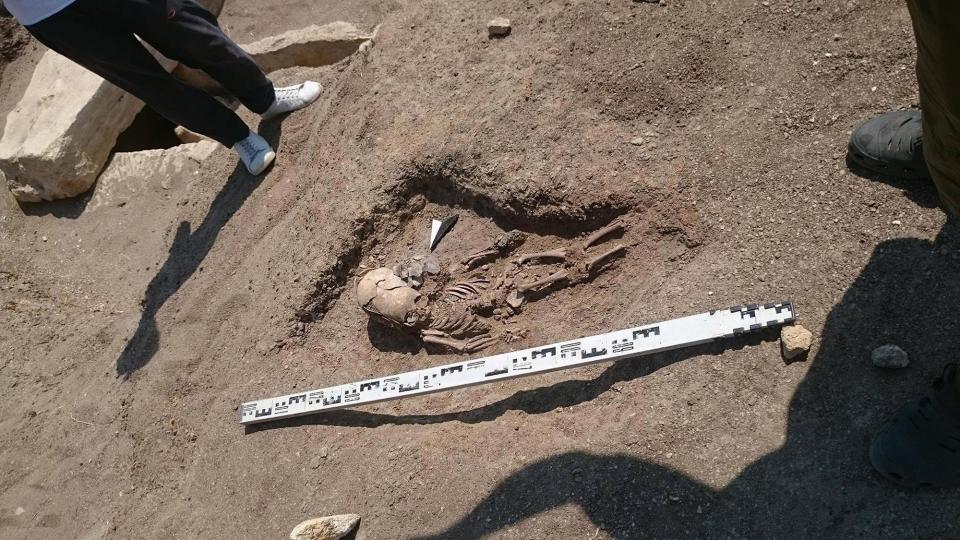 It is believed how artificially elongated skulls were the signs of a true warrior and that this deformation process was practiced by various ancient civilizations around the globe.

However, experts have yet to identify why so many ancient cultures performed artificial cranial deformation.

Artificial cranial deformation begins when children are still young, and their bones relatively ‘soft’. Elders would adhere specially made wooden plans to the skull, pressing the bones in a specific way that as the head of the child grows, it alters its original shape, creating an elongated skull.

These deformations are believed to have also been related to altering the character and producing extremely aggressive warriors.

Elongated skulls are a global phenomenon.

The most amazing elongated skulls are believed to have been discovered in Peru when in 1928 Peruvian archaeologist, Julio Tello came across a complex and sophisticated graveyard containing various objects including countless elongated skulls which have since been dubbed as the Paracas skulls.

Several tests have been performed on the enigmatic Paracas skulls with controversial results.

As noted by Brien Foerster, “Iit had mtDNA with mutations unknown in any human, primate or animal known so far.”

“The few fragments I was able to sequence from this sample 3A indicate that if these mutations will hold we are dealing with a new human-like creature, very distant from Homo sapiens, Neanderthals, and Denisovans. I am not sure it will even fit into the known evolutionary tree,” explained Foerster in a video.

The Paracas skulls have baffled experts ever since their discovery. According to research, the cranial volume of the “Paracas Skulls” is up to 25% larger and 60% heavier than conventional human skulls, prompting numerous questions about their true nature.

So far experts have found traces of elongated skulls all around the planet: Mexico, Peru, Bolivia, Egypt and even parts of Asia features these enigmatic skulls which have left experts scratching their head.