Retired NASA Employee witnessed meeting with between “Tall Aliens and...

According to accounts from Clark McClelland, he witnessed a mysterious meeting between NASA astronauts and tall alien beings during the time he worked as a spacecraft operator at the Kennedy Space Center. McClelland was allegedly involved in over hundreds of missions with the Mercury, Apollo and Space Shuttle programs, and it was during the ‘modern era’ when he witnessed a meeting between a NASA astronaut and an Alien.

According to a statement, McClelland was monitoring the mission from his desk when he saw something not meant for his eyes’. 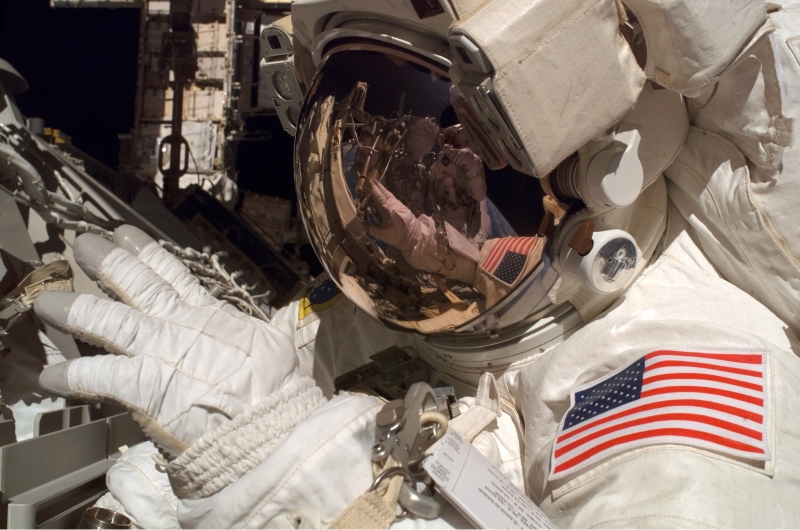 I, Clark C. McClelland, former ScO [Spacecraft Operator], Space Shuttle Fleet, personally observed an 8 to 9 foot tall ET on his 27-inch video monitors while on duty in the Kennedy Space Center, Launch Control Center (LCC). The ET was standing upright in the Space Shuttle Payload Bay having a discussion with two tethered US NASA astronauts! I also observed on my monitors, the spacecraft of the ET as it was in a stabilized, safe orbit to the rear of the Space Shuttle main engine pods. I observed this incident for about one minute and seven seconds. Plenty of time to memorize all that I was observing. It was an ET and alien starship,” he wrote on his website.

According to McClelland he wasn’t the only one who saw the mysterious creature approach the astronaut and he wasn’t mistaken by what he had seen. A friend and coworker of McClelland said that he too had seen the same alien being inside the crew’s shuttle compartment.

NASA hasn’t responded to the accusations nor have they denied that McClelland was employed by the agency. His story certainly is interesting and he states that he even has images and documents that support his claims about the lengthy career at the agency.

McClelland also claims that NASA isn’t a civilian agency and that it’s far more mysterious than we could ever imagine.

“The Pentagon owns NASA. Some of the DoD (Department of Defense) missions I participated in were top-secret. Those missions carried TS Satellites and other space mission hardware into orbit where several crews met with ETs.”

The fact that NASA isn’t a civilian agency speaks a lot about the people working with NASA. This is also one of the key factors why classified documents about Alien Life and UFO’s have remained a secret.

McClelland also states that he developed a close friendship with former NASA astronaut Edgar Mitchell, a firm believer in Alien life and UFOS, and the sixth man to walk on the moon. Edgar Mitchell believes that aliens are definitely on Earth, and that these beings have been visiting us for thousands of years.

During a conference in 1998, Mitchell said “90 percent sure that many of the thousands of UFOs recorded since the 1940s belong to visitors from other planets.”

According to UFOlogists, all of the above claims seem to be backed up by the fact how NASA has become extremely sensitive with the onboard cameras of the International Space Station. In the last twelve months over a dozen of USO, sightings have been registered in Space. Every time the cameras of the ISS pick up a UFO, NASA quickly cuts the live feed preventing people from seeing what’s going on up there.

But he is just one of the many astronauts and governmental officials who believe that human beings aren’t alone in the cosmos.

So, what do you think about McClelland and his statements? Is it possible that he is yet another person who has come forward with real evidence that proves Alien Life is all over the cosmos? What if, McClelland’s accounts are true?