The Sayhuite Stone is a massive stone that features around 200 Geometric and zoomorphic figures carved on its surface. Its exact purpose remains a mystery and experts are not sure who created it. 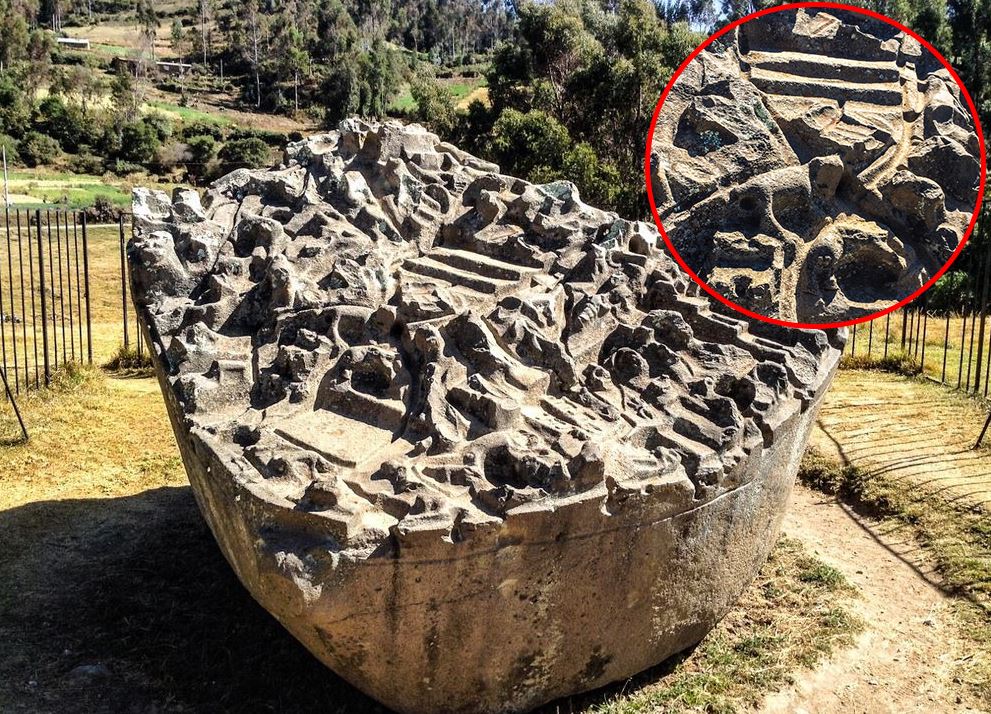 Located at the Sayhuite archaeological site in Peru—around 3 hours away from the city of Cusco—we find one of the most mysterious boulders in Peru.

According to experts, this archaeological site was a sanctuary related to the cult of water, where a temple existed that legends describe as being covered with gold sheets of the thickness of a hand, and while many archaeological remains have been found there, the strangest one of all is the Sayhuite stone—a massive rock covered with more than 200 geometric and zoomorphic figures.

When the Spanish conquistadores arrived in Sayhuite—according to John Hemming in his book Monuments of the Incas—the temple was ruled by the priestess Asarpay who, before being captured, threw herself from the top of a 400-meter high waterfall. 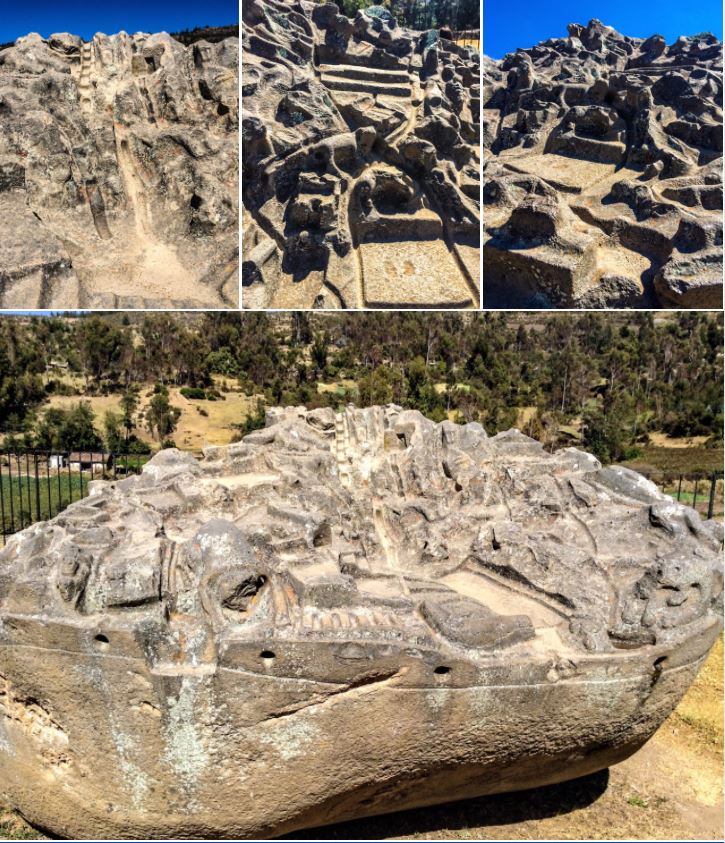 The remains of the temple show no traces of the gold, but the entire archaeological site is covered with massive andesite blocks and stairways that offer a small glimpse into the past as if they belonged to a much larger construction that existed there at one point.

But let’s get back to the Sayhuite stone.

The most mysterious blocks on the site is without a doubt the Sayhuite Stone—a huge monolith on which the ancients carved hundreds of geometric and zoomorphic reliefs, such as reptiles, frogs, and felines. The stone is about two meters long and four meters wide.

It was found at the top of the Concacha hill, and experts believe it was used as some sort of topographic model for hydraulics. Carved on the stone you can clearly distinguish terraces, ponds, rivers, tunnels and irrigation canals.

While the exact function of the Sayhuite stone remain a mystery, researcher Dr. Arlan Andrews believes that this monolith was used as a scale model to design, develop, test, and document the properties of water flow for public water projects, and to instruct ancient engineers and technicians in the concepts and practices of the craft.

Experts believe that the stone has been remodeled several times, and the ancients added and removed several elements, changing the water flow.

While there are several theories that describe its function, many experts agree that the massive stone most likely had a religious use, perhaps a symbolic representation of the universe, and or related to the cult of water.

Whoever created the massive stone is another massive mystery. Although it is known for sure that the place was an Inca sanctuary, archaeologists are not sure that the ancient Inca were the constructors.

It has been speculated that it could also be a representation of the irrigation system used by the Incas and even a scale model of their entire empire with each of the regions represented with certain symbols.

The jungles would be represented by the presence of animals like monkeys, iguanas or jaguars, whereas the coast is symbolized with animals like octopuses.

While the Sayhuite stone remains shrouded in mystery, it provides archaeologists with insight into the culture of the pre-Columbian population. Archaeologists have determined that the site was an Incan religious center, where rituals and ceremonies for the worship of water was conducted. The monolith is an important clue to this since it depicts a water-like flow between the carvings.