Scientists are creating a machine that will allow them to...

Researches have come up with a revolutionary idea that according to them, will allow mankind to receive messages from the future. It basically works like this… If you have a friend and want to receive an email from him, you first have to have a computer or mobile gadget that will allow you to do so, without it you can’t read the message. According to University of Connecticut physics professor Ronald Mallett the same principle works if you want to receive a message from the future. 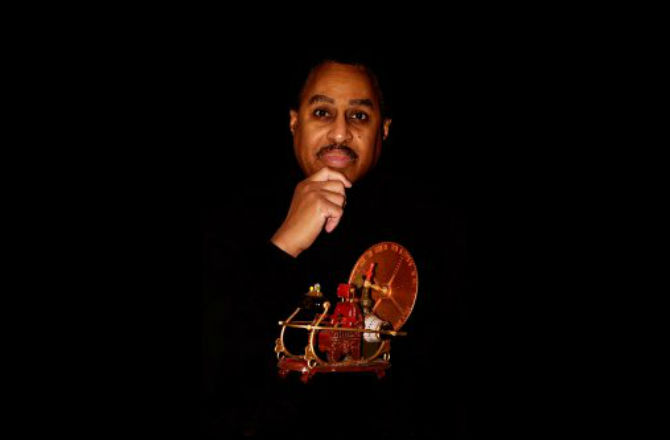 While Professor Mallet believes physical time travel is something impossible at the moment, he does believe that we can come up with a machine that would allow us to receive messages from our descendants – children who aren’t born yet or generations from the near future that could use a similar device to get in touch with us in the present. According to the Hartford Courant, it was his father’s death and HG Wells’ novel called “The Time Machine” what inspired him to study the possibility of time travel and eventually come up with a revolutionary idea that could potentially allow us to receive messages from the future.

Mallett believes that a machine built to receive messages from the future is something we can construct today and according to his theories, light can alter time.

By using a circulating beam of laser light, I have been able to mathematically show that this can lead to a twisting of space and time.” – Professor Ronald Mallett

“A stream of neutron spins could transmit a binary code to the past” he added.

However, according to Mallet potential messages could only go one way into the past and these cannot or could not be sent before the actual construction of the “time machine”.

According to Mallett’s calculation, such sophisticated machinery, which would use lasers to twist time would cost around 250,000 dollars.

The Hartford Courant reports:  Mallett’s life story, as told in his book, has caught the attention of filmmaker Spike Lee, who, in conjunction with screenwriter Ian Harnarine, plans to make a feature film about Mallett’s life. “Currently,” said Mallett, “Spike and Ian are in negotiations about how to proceed regarding a feature film of my book, ‘Time Traveler.'”