Scientists concludes Humans did not evolve alongside other life on...

According to a controversial book written by a renowned environmentalist and ecologist,  human beings did not evolve ALONGSIDE other lifeforms on Earth. In fact, mankind did not evolve from that particular strain of life, but evolved elsewhere and was transported to Earth (as fully evolved Homo sapiens) between 60,000 and 200,000 years ago.

What if we have been searching for alien life not knowing that we are in fact the aliens of Earth?

A new theory proposed by Dr. Ellis Silver states that there are several tell-tale signs present in the human race that suggest human beings did not evolve ALONGSIDE other lifeforms on Earth, which eventually means we are the aliens we have been searching for all along.

The book called Humans are not from Earth: a scientific evaluation of the evidence is basically a resume of evidence for and mostly against man’s evolution on Earth. In the book, leading environmentalist and ecologist Dr. Ellis Silver goes through an evaluation of thirteen leading hypothesis and seventeen factors which suggest HUMANS ARE NOT FROM EARTH.

Mankind is supposedly the most highly developed species on the planet, yet is surprisingly unsuited and ill-equipped for Earth’s environment: harmed by sunlight, a strong dislike for naturally occurring foods, ridiculously high rates of chronic disease, and more said Dr. Ellis in an interview.

According to Dr. Ellis, humans might suffer from back pain because our species initially evolved on another planet with a lower gravity, adding to the mysteries, Dr. Ellis also indicates that it is strange that newborns have large heads and make it difficult for mothers to give birth, which can result in fatalities for both mother and child. 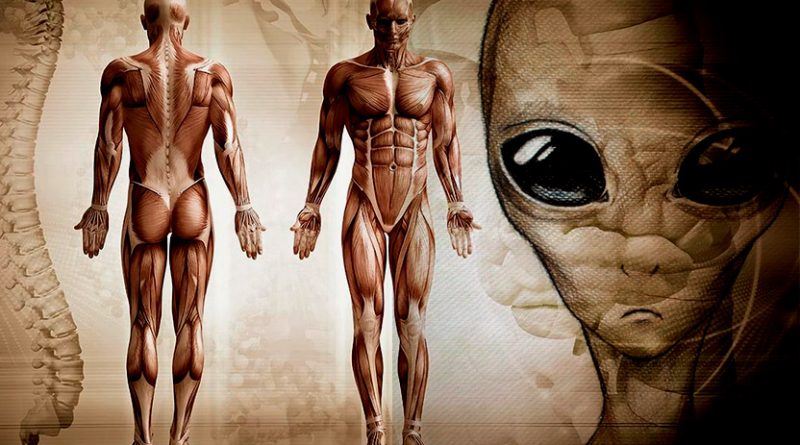 According to Dr. Ellis, no other species on Earth has this problem.

But in addition to the numerous ‘controversial’ theories that Dr. Ellis proposes, he also suggests that human beings are not ‘designed’ to be exposed to the Sun as they are here on Earth since they are unable to ‘sunbathe’ for more than a week or two –unlike other species on Earth like the lizard— and cannot be exposed to the sun every day without having problems.

Furthermore, Dr. Ellis explains that that humans are nearly always ill and this might be because our body clocks have evolved to expect 25 hours in a day and not 24 as proven by numerous sleep researchers.

Dr. Ellis says that this is not a modern condition; the same factors can be traced all the way back through mankind’s history on Earth.

So where do we come from? According to Dr. Ellis, Neanderthals, were most likely crossbred with another species, perhaps from the star system Alpha Centauri –which is one of the closest solar systems to Earth— in the distant past, giving birth to modern humans.

According to Dr. Ellis, there are millions of people around the globe who ‘feel’ that they do not belong on Earth.

Dr. Ellis explains: “This suggests (to me at least) that mankind may have evolved on a different planet, and we may have been brought here as a highly developed species. One reason for this … is that the Earth might be a prison planet, since we seem to be a naturally violent species and we’re here until we learn to behave ourselves.”

Dr. Ellis concludes that mankind did not evolve from that particular strain of life, but evolved elsewhere and was transported to Earth (as fully evolved Homo sapiens) between 60,000 and 200,000 years ago.