Scientists discover Pyramid in Kazakhstan that predates Egyptian Pyramids by...

It is a sensational finding. Researchers have just discovered the world’s first Pyramid in Kazakhstan, and it was built 1,000 years before the Pyramids in Egypt.

‘The shape of this magnificent construction reminds us of the famous Djoser pyramid (in Egypt),’ said one of the researchers.

Experts have discovered a previously unknown pyramid in the remote steppes of Kazakhstan, some 6,000 kilometers northeast of Cairo, Egypt.

Unlike other Pyramids discovered around the globe, the newly found Pyramid of Kazakhstan greatly resembles the pyramids of Egypt despite the fact that thousands of kilometers separate the two regions.

Even though the Pyramid is in ruins, it is believed that the structure once looked like the famous pyramid of Djoser, built some 1,000 years earlier.

The fascinating discovery was made last year by the Saryarkinsky Institute of Archaeology in Karaganda, but researchers have decided to keep the sensational finding a secret until further tests were done.

Archaeologists plan to explore a supposed burial chamber of the pyramid in the coming days. 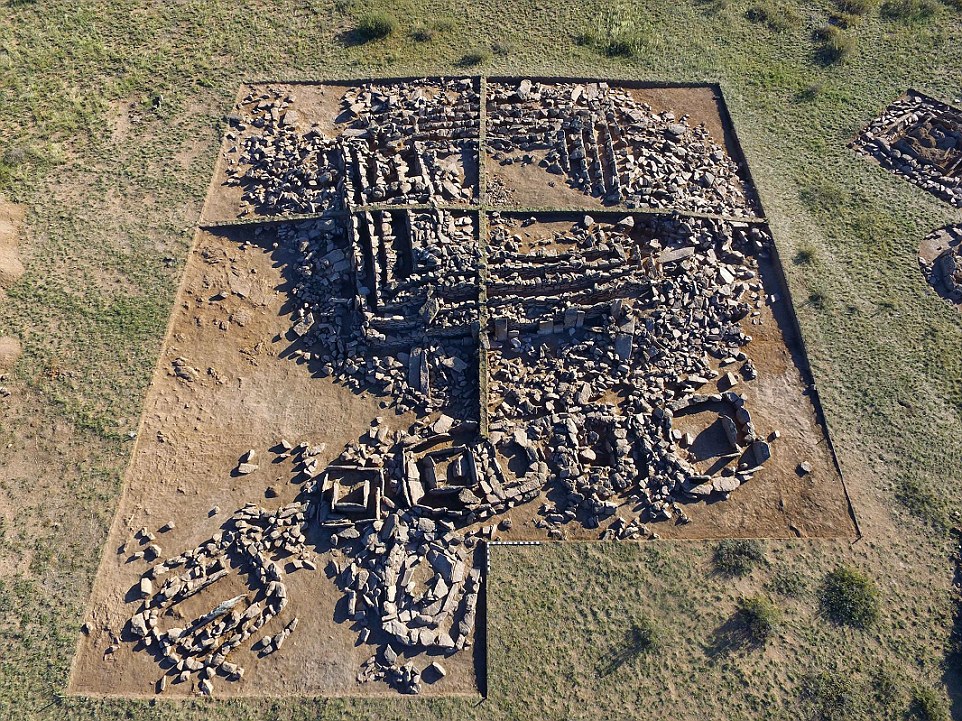 “It was built more than 3,000 years ago in Saryarke for a local ‘pharaoh,’ a leader of a local mighty tribe dating to late Bronze epoch,” said archaeologist Viktor Novozhenov. Work on opening the main burial chamber will begin within days. All finds will be passed to the archaeology museum of Karaganda State University.”

Even though in modern times Karaganda was given the nickname of ‘middle of nowhere’ and was used as the perfect spot for political exiles ba the former USSR, the new discoveries point to the fact that thousands of years ago the region was inhabited by a rich and advanced pyramid-building culture.

The recently published images of what Viktor Novozhenov calls a ‘sensational discovery’ show the remains of a once great Pyramid and a number of ancient artifacts found in the vicinity of the structure.

Researchers believe that the entire complex includes around 27 buildings that date to different periods in history.

Researchers are still not sure why and how different cultures around the globe built thousands of pyramids in the distant past.

Archaeologists are yet to explain why there are so many pyramids with similar construction patterns, despite the fact that the cultures who erected them were separated by thousands of kilometers and supposedly were never in contact.