In around 20,000 years from now, Earth’s languages will only contain one of every 100 core vocabulary words of their modern-day counterpart. This means that all of the languages spoken on the planet will eventually evolve into another one. regardless of global warming, Earth will go through another Ice Age, we’ll make it to Mars, colonize it, Earth’s map will rearrange and different species will evolve on different planets and moons that we eventually colonize. 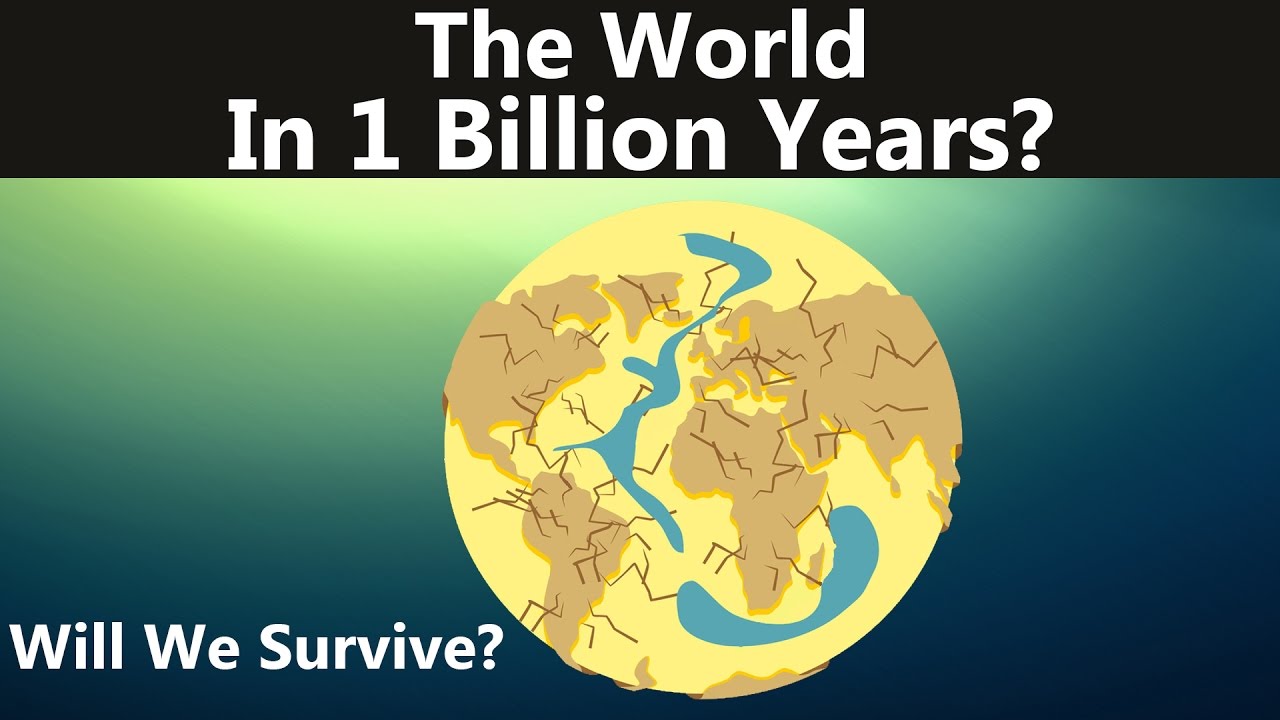 From Earth early ‘footsteps’ to massive extinctions and humans evolving on the planet, our world has experienced countless changes that have helped shape it to what it is today. However, Earth continues to experience changes every once in a while and will continue to do so in the future.

Now, a new video has revealed that’s in line for our planet in the next BILLION years.

According to the video—published to YouTube by RealLifeLore—in around 10,000 years our planet will experience a so-called Y10k, also known as the Y10K problem or the deca-millennium bug. Y10k is the class of all potential time formatting and storage bugs that would emerge when the need to express years with five digits arises.

Experts state in the video that in 10,000 years, humanity will need to solve the deca-millennium bug.

“Software that encodes the AD calendar year as a four digital decimal will no longer be able to encode dates starting at 10,000 AD,’ the YouTuber said. It will be a real Y10K.”

About the same time genetic variation on earth—such as skin and hair color—will no longer be regionalized and would have evenly distributed around the planet.

The video notes that in around 20,000 years from now, Earth’s languages will only contain one of every 100 core vocabulary words of their modern-day counterpart. This means that all of the languages spoken on the planet will eventually evolve into another one.

Global warming or not, the video states that Earth will also feel the effects of climate change and that regardless of the effects, Earth will go through another Glacial Period in the future which will drastically re-shape the world.

During the new Glacial Period on our planet, Niagara falls will disappear as it will become eroded due to glacier rebound. Furthermore, the video predicts that many lakes of the Canadian Shield will also disappear.

Also, experts believe that days will be longer by one second, meaning that human living on Earth will have to add a  leap second to every day.

One hundred thousand years into the future, Stars, and Constellations that can be seen from Earth today will completely change, rearranging the night sky drastically.

Also, in 100,000 years, it is believed that mankind will have finally made Mars habitable. (I think we can do that much sooner, right?)

Hawaii will welcome another island in around 250,000 years as the Lo-ihi volcano is expected to join Hawaii’s remaining islands on the surface.

In 500,000 years, it is believed that our planet will most likely be struck by a massive asteroid unless of course Bruce Willis and his crew prevent that in Armageddon movie style.

Also, many natural parks on Earth—like the Badlands National Park in South Dakota—willcompletelyy disappear in 500,000 years.

In around 950,000 years, experts predict that the meteor crater in Arizona will o longer be visible.

At that same time, a super-volcanic eruption—simila to the Toba eruption 70,000 years ago, which nearly wiped out humanity from our planet—is said to occur on Earth, covering our planet with 3,200 cubic kilometers) of ash. Yikes!

The sky will change even more. At this time, the star Betelgeuse will have exploded into a supernova, and its destruction will easily be visible from Earth.

In two million years, Earth will have changed to an unrecognizable point—although I think that will happen in the next couple of thousands of years—and the Grand Canyon will have eroded changing its look completely.

In around 10 million years, the video notes that a piece of Eastern Africa will break off the continent and a new ocean basin will form between the piece and the remaining continental crust.

On earth during this time, Africa will shift north and collide with Eurasia, causing the Mediterranean sea to disappear forever.

In around 80 million years, Hawaii will have sunk.

In around 250 million years, a new Pangea continent will form.

Between 400 and 500 million years, the supercontinent will again break apart.

After this, in around 500 to 600 million years, experts predict that a deadly gamma ray burst will occur elsewhere in the universe, seriously damaging Earth’s ozone layer causing ANOTHER mass extinction.

In 800 Million years, CO“ levels on earth will have fallen to a point where C4 photosynthesis will no longer be possible.

And finally, in 1 BILLION years, the Sun’s luminosity will increase, causing Earth to have an average temperature of 47 degrees celsius, around 1120 degrees Fahrenheit.

By then, experts believe that the oceans will evaporate leaving behind only pockets of water on the poles, becoming the next best locations where life may still exist.

“The atmosphere will turn into a moist greenhouse and the world’s oceans will evaporate away. Pockets of liquid water may still exist at the Earth’s poles, however, which means that they will probably become the last bastion of life on our planet,” explained the Youtuber in the video.